Finally able to make it to the Nokia World 2013 event here in Abu Dhabi after so many last minute changes and rushed processing. We’ll be covering the event live here from St. Regis Island Resort for announcements on new Nokia smartphones and tablets.

Left Manila around midnight last night and arrived in Dubai 8 hours later, then a 2 hour drive to Abu Dhabi. A short 1 hour break in Dusit Thani Hotel and we’re off to the event and despite lacking any sleep, we’ll still keep you posted. 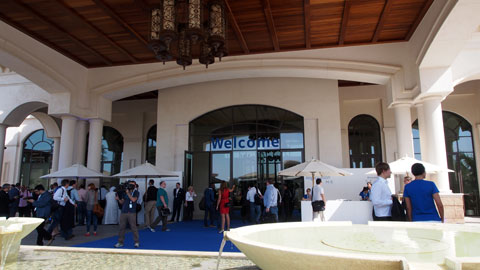 Registration at the St. Regis Island Resort started at around 10am here (2pm Manila time) and about 500 to 1,000 people are in attendance (from bloggers, to press and analysts). 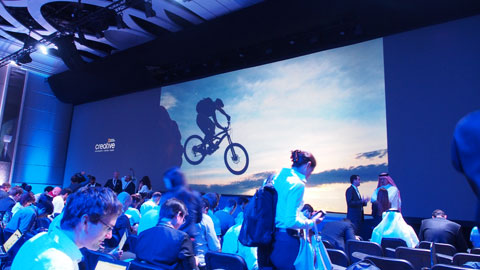 Nokia is expected to announce about 6 or 7 devices today, including the Lumia 1520, the Lumia 2520 and more.

The stage is set, music is streaming and awesome photos taken by people from around the world using the Lumia 1020 are being flashed on the screen. 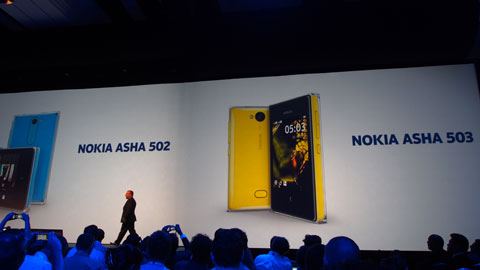 The new Asha design is unique with a glass-like enclosure to the color palette. The Asha 502 and Asha 503 comes with a 5MP camera with LED flash. Of course, it will also be dual-SIM. 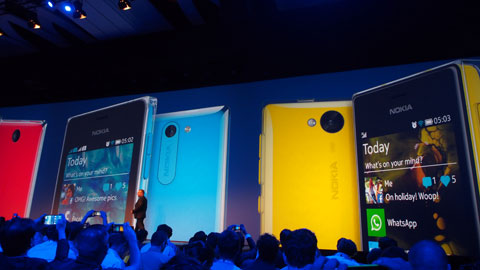 WhatsApp founder is also here to announce that their messaging service will also be available on the Asha platform. The Asha 500 has 2MP camera and in single-SIM or dual-SIM, hotswap config will retail for $69. The Asha 502 is priced at $89 while the Asha 503 is $99. 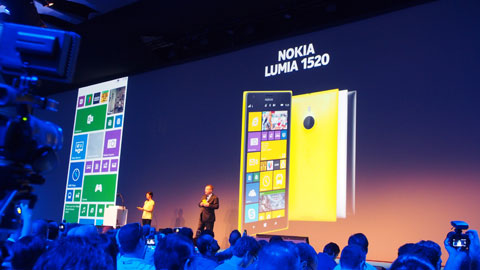 With 4 built-in microphones, you can record directional stereo audio. It has a 32GB internal storage with up to 64GB additional storage via microSD card slot.

Twitter Vine will be available on all Lumia phones soon, as well as the official Instagram app in the next couple of weeks. Comes with 7GB of free SkyDrive account.

The Lumia 1520 is powered by a Qualcomm Snapdragon 800 quad-core processor. Nokia also announced the Lumia 1320 with the same 6-inch display with a 720p resolution. Both the 1520 and 1320 will have 4G LTE connectivity. The Lumia 1320 has a dual-core Snapdragon processor and 5MP camera at a more affordable price. 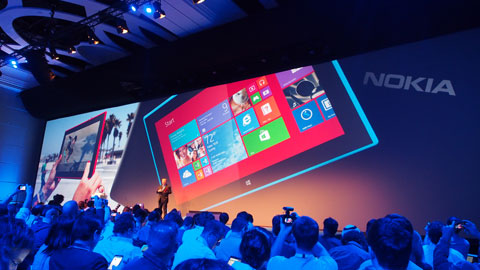 Nokia is also announcing their first tablet — the Lumia 2520. It is powered by a Qualcomm LTE chip, Carl Zeiss camera with 6.7MP resolution and a 2MP front-facing camera. The 10.1-inch Gorilla Glass 2 display has a full HD 1080p resolution. It runs on Microsoft Windows RT and comes with a full suite of MS Office productivity tools and HERE maps.

The Lumia 2520 has a average 11 hours of battery life but if you added the Nokia Keyboard cover, it adds 5 more hours. The device comes in blue, red, white and black colors. Suggested retail price is at $499.

And that’s it! We’re heading to the booths to gets some hands on time.