A few months ago, ASUS ROG launched a bunch of new and updated gaming laptops, from entry-level to flagship, that caters to different consumers. A few days ago I got my hands on the ROG Strix G G531, and as promised, I have taken this bad boy for a full spin, including the new feature called the Aura Creator announced in Computex 2019. Is this device worth it? Find out below. The ROG Strix G G531 comes with the typical aluminum brushed finish design of ROG laptops with the signature logo located at the top right part of the lid. Hinge quality is solid. Opening the lid with one hand is possible, yet it doesn’t wobble once open. The screen itself, on the other hand, shows minimal flex. Looking to the right side shows the exhaust vent. You can also find a loudspeaker just below it. 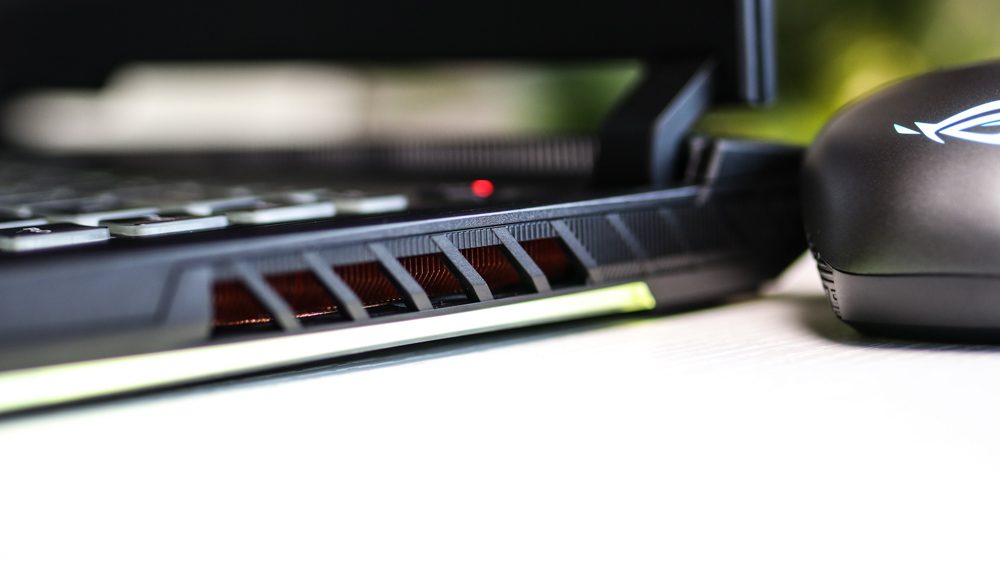 You can find the triple USB Type-A ports along with the 3.5mm audio port on the left side. Another loudspeaker is located parallel to the speaker mentioned above on the right side. Just like any other Strix devices, there’s always something in their design that makes them unique. The Strix G has an extended back part where you can see the air intake vent without even lifting the lid.

Looking closely, you’ll see that there are two exhaust vents located on each side while in between are the RJ-45, HDMI, USB Type-C ports, and the charging port. 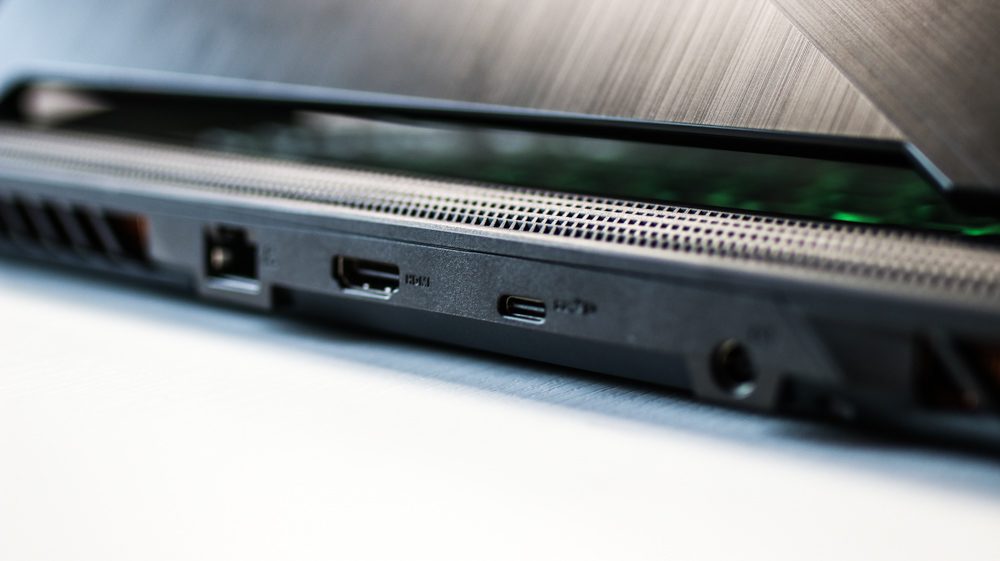 If you’re new to seeing ROG Strix laptops, they usually have unique designs. If you are fond of having RGB lightings, this one has it on each side except the back. The Strix G houses an 80% keyboard layout complete with ASUS’s dedicated buttons for the volume rocker, mute microphone, and Armoury Crate. The WASD buttons have white keycaps indicating that it encourages people to play first-person shooter games on this device. The buttons feel a bit softer compared to the Zephyrus M, which I prefer. 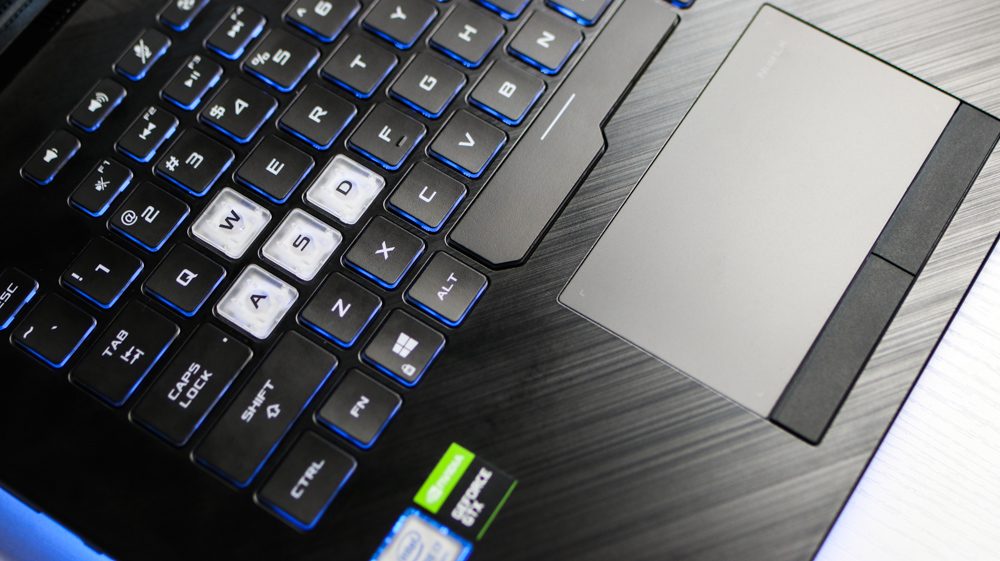 The trackpad feels smooth but a bit cramped. Also found here are the dedicated left and right mouse buttons. Like the keyboard, they’re soft and quiet.

What’s new to the trackpad though is that it also serves as the virtual number pad which is activated and deactivated by pressing the top right corner. It will light up in Red, but you can’t change its color. It’s a neat feature to have given that the Strix G doesn’t have any physical numpads. 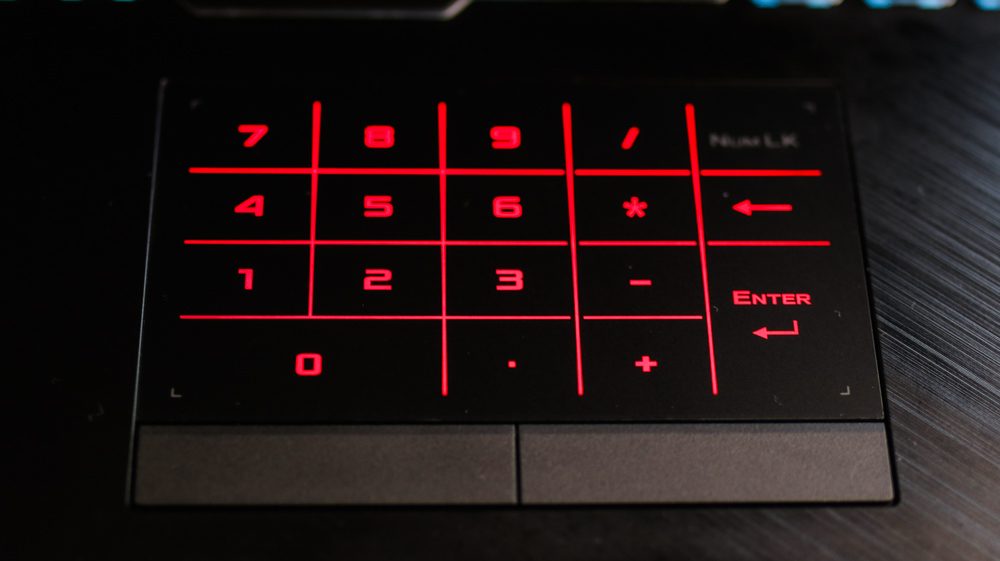 Overall, the Strix G feels solid and premium whenever I hold it. Carrying it with one arm is also possible as it is relatively light and thin as compared to other Strix laptops that I reviewed.

This gaming laptop comes with a 15-inch FHD+ display and 120Hz refresh rate. I will always welcome this kind of screen setup because I’m fond of playing shooter games like Counter-Strike and Rainbow Six Siege. Given that I only have a laptop with 60Hz, everything feels smoother on the ROG Strix G G531, which is also beneficial when playing first-person shooters. As for the display quality, color accuracy and contrast are pretty decent. The laptop also has the ROG Game Visual app, which lets you adjust your display by choosing from eight presets. You can also manually set the color temperature from cool to hot. 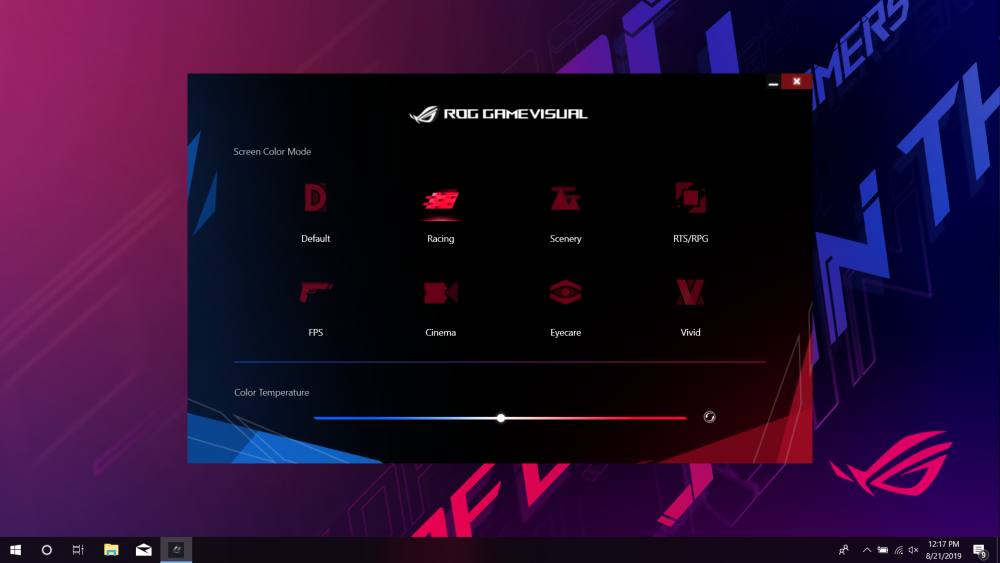 In terms of audio, the Strix G delivers decent and unmuffled sound. The highs, mids, and lows are all present, which is a good indicator that the company didn’t make the laptop’s sound technology mediocre.

You can also adjust the sound presets via the Sonic Studio III where you can choose from four unique audio scenarios — Music, Movie, Gaming, and Communication. 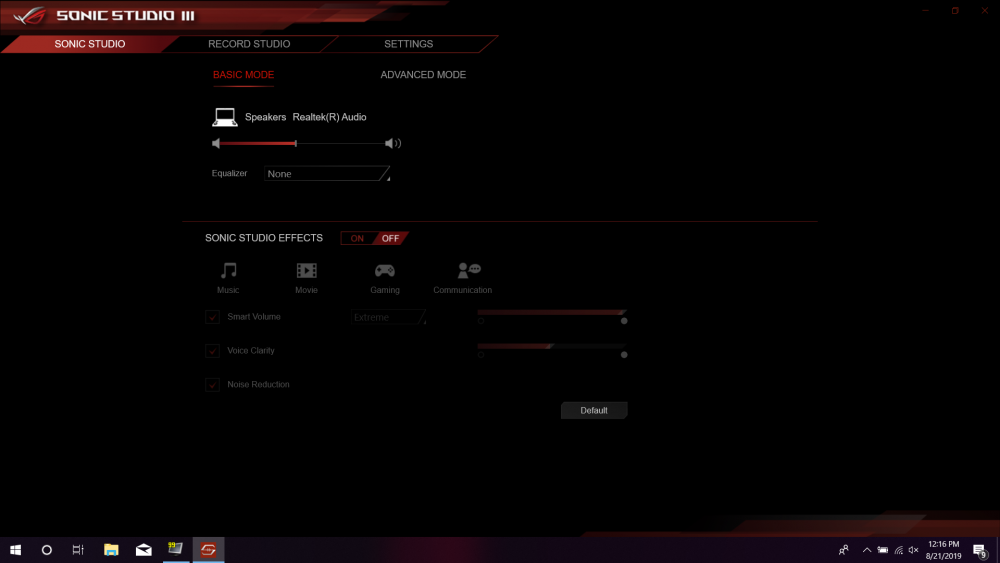 Overall, playing music videos is nice on this device. However, I noticed that the display becomes somewhat grainy when playing YouTube videos even at 1080p resolution.

The ROG Strix G runs on Windows 10 Home and comes with the standard ASUS pre-installed apps such as the ones that I mentioned above, ROG Armoury Crate, McAfee LiveSafe, and Office. 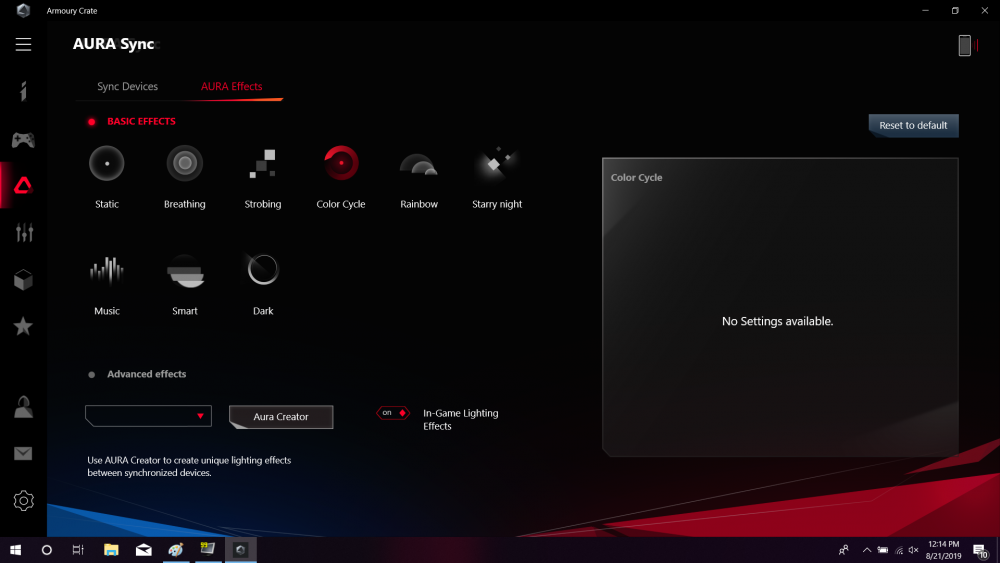 Back in Computex 2019, ASUS ROG announced that they would add a new feature called the AURA Creator. That’s good news because the ROG Strix G is eligible to use it. It’s not pre-installed, but you can get it for free on the Microsoft Store.

The app’s interface is similar to a video editing application. To create a lighting sequence, just click on any part of the laptop that has an enabled RGB Aura Sync, then drag and drop the effects at the timeline at the bottom. Our model of the Strix G comes with 256GB of SSD and 1TB of HDD, which is a good combo. The former will store the OS which will make the booting time faster and the latter for storing files such as documents, movies, music, and games.

Powering the Strix G is an Intel Core i7-9750H  paired with an NVIDIA GTX 1660Ti and 8GB of RAM. If you feel like that the RAM is lacking, rest assured that it has another slot that can accommodate up to 16GB of memory. Basic tasks such as browsing, file transfers, video streaming, and multitasking are smooth on this device. When it comes to gaming, most of the benchmark scores that we got are at least 60 frames per second, which is good given that all of the games’ settings are at the highest.

Check out the rest of the benchmark scores below. 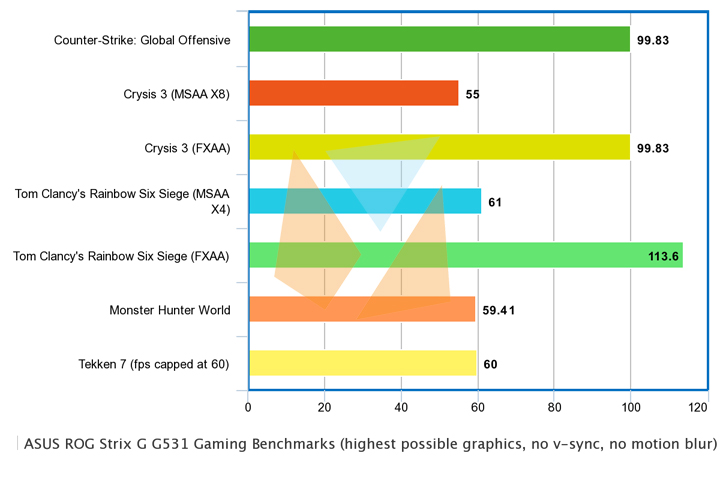 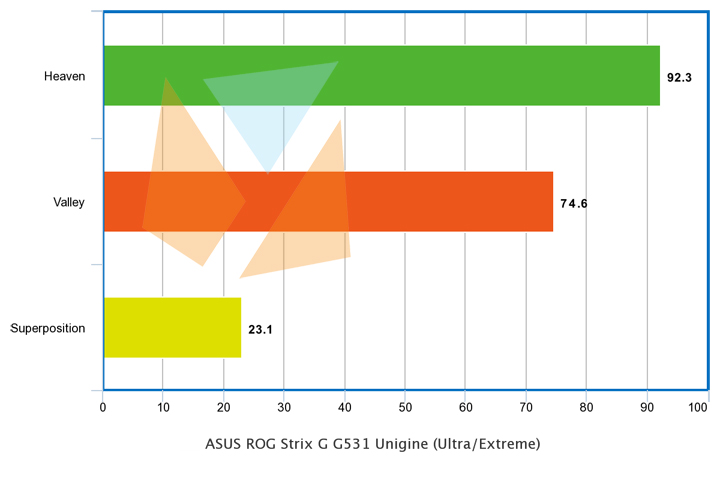 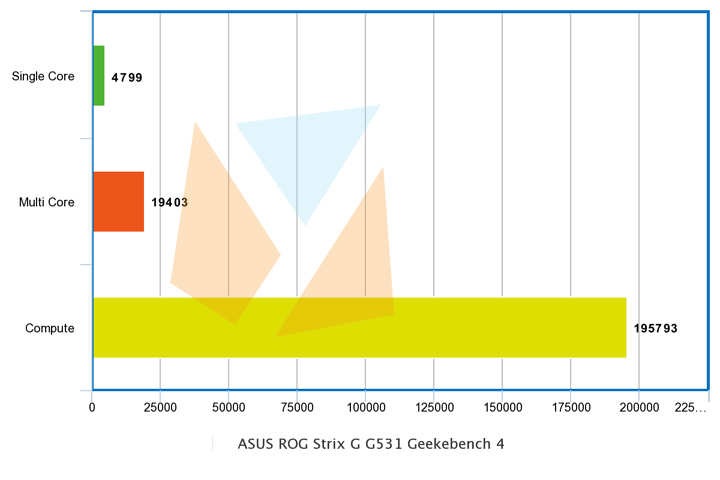 I didn’t encounter any stutters or frame drops when I played for around 30 minutes. There’s temperature build-up, which is pretty standard when you run any games. While playing Monster Hunter at its highest settings, the exhaust vents were around 46°C (measured using a thermal gun), while the top part of the keyboard goes up to 39°C. Putting the laptop on your lap is doable, however, it can uncomfortable as temperatures can go up to at least 40.6°C. I still suggest that if you’re playing in the Strix G, put it somewhere cool like on a table.

Testing this gaming laptop’s battery life, I ran the Strix G through our video loop test (1080p video, 50% brightness, 50% sound, Airplane mode, with earphones, no RGB lighting) and it lasted for 6 hours and 15 minutes. Compared to other gaming laptops, this is impressive. It doesn’t beat the Zephyrus G’s 9 Hours, but this is still notable. The ASUS ROG Strix G G531 is the kind of gaming laptop that you can boast to your friends given its RGB lighting setup on almost all sides including the keyboard. Its 120Hz refresh rate is excellent, especially if you’re playing games that can utilize this display technology. The overall performance is respectable thanks to its Intel Core i7-9750H processor; however, the 8GB of RAM could be a bottleneck, especially if you’re running multiple resource-heavy applications at the same time. You can add another stick, though, but that would cost you extra. Nevertheless, It has an impressive battery life, and it is very portable, given that it is thin and light. 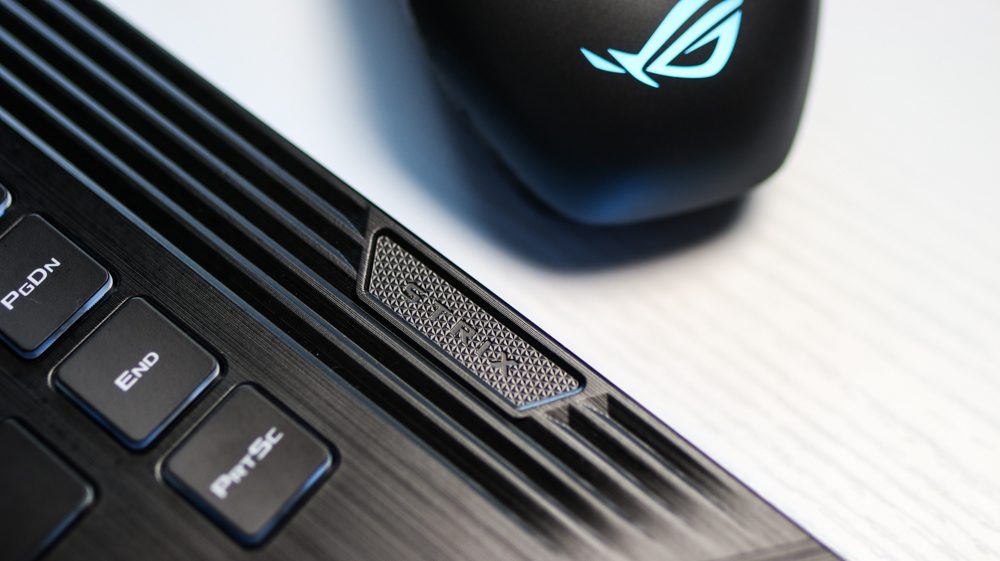 For PHP 89,995, it is a must-have if you’re someone who appreciates a laptop that shouts “Gaming” in its design. However, I still would choose the Zephyrus G, priced at PHP 84,995, because it is a lot stealthier and will not acquire much attention when used in public. Both are great gaming laptops, but I would still choose a notebook that has a 16GB of pre-installed RAM any day.