More or less a month ago, Google released an update to Android Lollipop that came along with the releases of Android One devices, named Android 5.1. Today, I just received an OTA (over-the-air) update on my Google Nexus 5, prompting me to update. 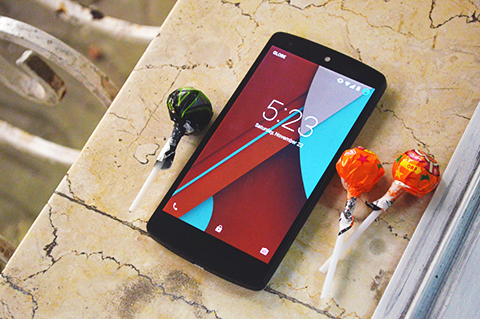 New features should include: 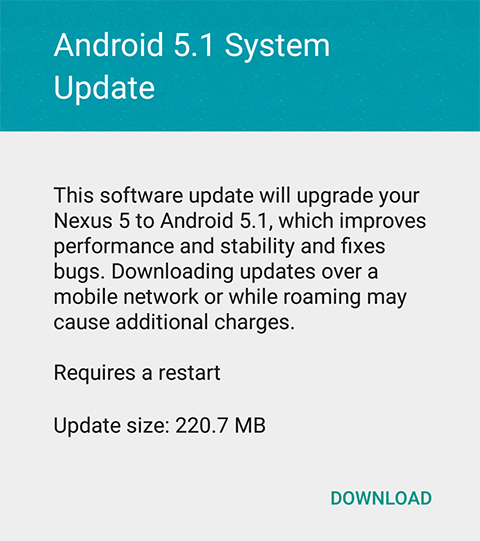 So far, I can test none of these features since I don’t know people who run Android 5.1 nor does any Nexus 5 support multiple SIM cards. However, one of the biggest changes I’ve noticed was the improved quick settings – I can now look for WiFi connections and Bluetooth devices through the notification bar without going through the settings app.

Expect the update to reach your Nexus devices very soon, but if you can’t wait, you may flash the factory images that are already available, but you’ll have to backup your data first.

waiting for your response
hopefully you will help..
thank you

hello, where i can buy of sharp aquos sh930w battery? need help.. pls..

Nexus 4 user here…waiting for my ota.

these android updates don’t make sense. isn’t 5.1 supposed to be bigger than 5.0.1? or are they all the same as long as they’re inside the 5.0 range?

It is an incremental update from the last Lollipop version

Instead of flashing a factory image, you might want to consider side loading the OTA file instead. It doesn’t require unlocking the boot loader and wiping the data and it’s fairly easy to do.

Had been running 5.1 on my N5 for weeks already due to the availability of the OTA file.