Huawei recently unveiled their latest flagship smartphones, the Mate 40 series. And one of the most compelling models is the Mate 40 Pro. But what has changed compared to its predecessor, the Mate 30 Pro 5G? Find out in the specs comparison below. 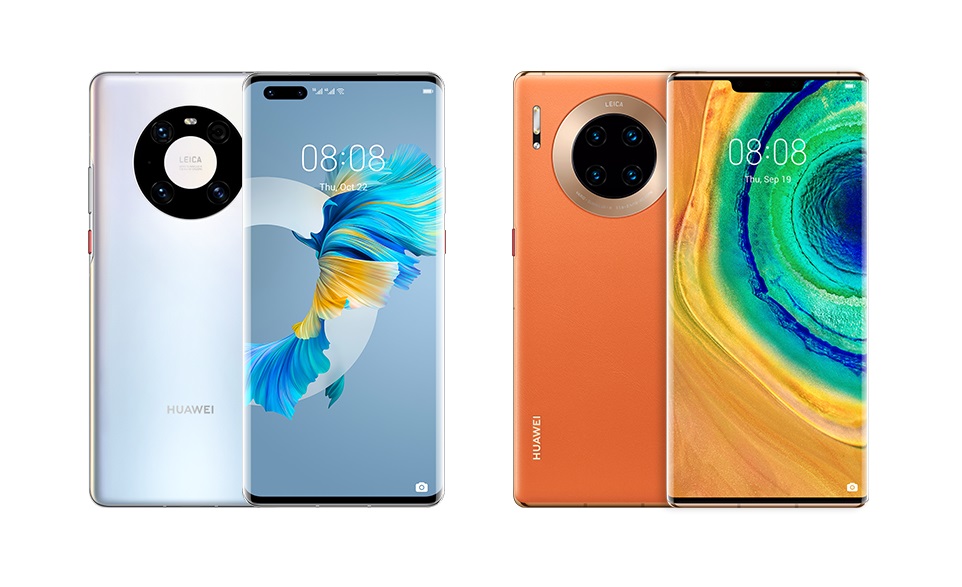 The Mate 40 Pro has a lot of improvements to offer compared to its predecessor. It has a slightly larger screen and improved resolution, but perhaps the biggest jump here is the inclusion of the 90Hz refresh rate for smoother visuals.

The Mate 40 Pro also gets the new Kirin 9000 SoC manufactured using the 5nm process and the Mali-G78 GPU. You can expect better performance and efficiency when handling heavy tasks, including gaming and image and video processing.

When it comes to memory, the Mate 40 Pro and Mate 30 Pro 5G has the same configuration at 8GB + 256GB. However, Huawei has not mentioned on its website if the former has support for the NM Card, which is available in the latter.

When it comes to the cameras, the Mate 40 Pro uses a new design for the camera module to house the triple rear cameras. Although it has fewer sensors and a lower camera resolution for the ultrawide camera than the Mate 30 Pro 5G, the Mate 40 Pro has a higher main camera and telephoto camera resolutions. It also comes with new features, including XD Fusion HDR Video mode, Steady Shot, Tracking Shot, 10X hybrid zoom, and 50x digital zoom and improvements in its AI processing.

For selfies, the Mate 40 Pro has a lower resolution front camera at 13MP compared to the Mate 30 Pro 5G’s 32MP. Both have 3D Depth Sensing cameras. However, the former’s front camera has improved software that supports three types of wide angles with auto selection depending on the scenario, 4K video, 240fps 1080p slow-motion, and dual-view video.

Connectivity-wise, both have support for 5G, has NFC, and uses USB Type-C ports. However, the Mate 40 Pro has the newer WiFi 6, Bluetooth 5.2, and support for multiple band satellite navigation systems.

For the battery, the Mate 40 Pro gets a slightly lower capacity at 4,400mAh compared to the Mate 30 Pro 5G’s 4,500mAh. However, the former has more powerful charging technology, supporting 66W in wired charging and 50W in wireless.

If you want a 90Hz refresh rate, more powerful CPU, improved camera system, upgraded connectivity, rapid fast charging, and more color options, then you can consider upgrading. However, if you’re already satisfied with the camera on the Mate 30 Pro 5G and don’t really need the 90Hz refresh rate, we believe you can still hold on to it for another year. It also has 5G, so you won’t be missing out on the latest mobile network.