Huawei has officially unveiled its latest flagship smartphones under the P-series, and one of them is the Huawei P50. With the successor of the P40 about to hit the market soon, the question now pops up, “Is it worth the upgrade?” Find out here as we plot out the difference between the two flagship smartphones. 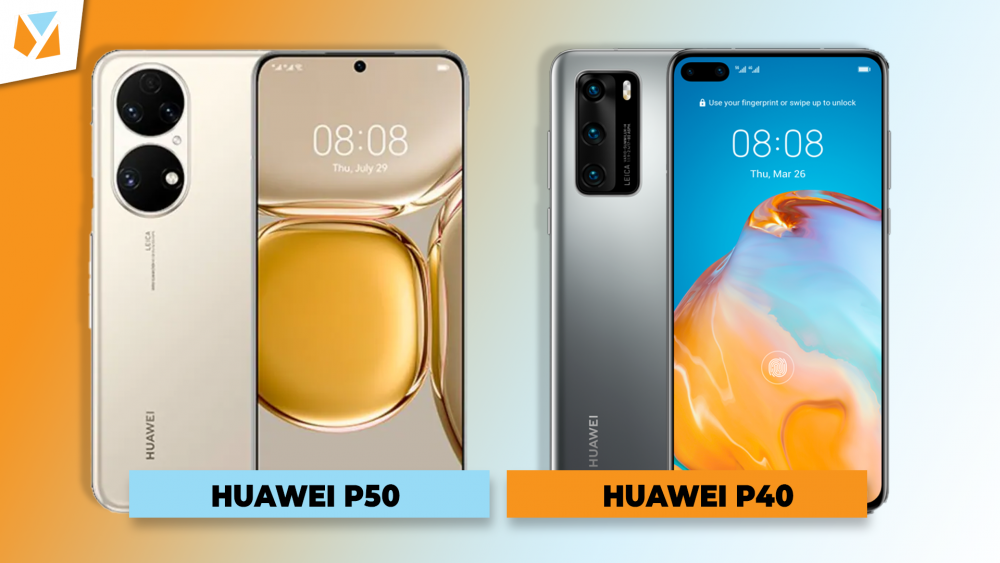 Summary of changes/improvements of the Huawei P50

Based on the specs, there are both significant upgrades and downgrades to the Huawei P50, the most glaring one being the incapability for 5G network; more to be discussed on the run-down below.

The first upgrade goes to its display. The Huawei P50 sports a larger 6.5-inch screen from the previous 6.1-inch screen size, plus a larger resolution of 2700 x 1224 from the old 2340 x 1080 resolution. Both the Huawei P50 and P40 support FHD+ OLED displays, but the recent P50 brings in a smooth 90Hz screen refresh rate and snappy 300Hz touch sampling rate on the table. Perfect for those who enjoy a responsive experience.

Under the hood, the Huawei P50 is powered by the Qualcomm Snapdragon 888 4G chipset and Adreno 660 GPU, pushing the smartphone’s performance for tasks that require more power—complimenting the fact that it now has a snappy display. When compared to its previous model, the Huawei P50 has a 44% increase in performance from its AnTuTu 8 benchmarks, sitting at a rating of 717,837.

Next up is the camera. The only similarity between the two phones is its main shooter at 50MP. When you go over to the ultra-wide lens, the Huawei P50 sports a lower 13MP lens, while the P40 has a 16MP lens. Covering the telephone lens, the P50 improves with a 12MP lens, the latter having 8MP. Finally, when looking upfront, the Huawei P40 has a higher resolution front camera lens at 32MP, while the recent P50 sits at 13MP.

Normally, one would expect the latest model to have 5G connectivity, especially since its previous model supported it, but that is not the case for the Huawei P50. In a report from CNBC, Richard Yu, CEO of Huawei’s Consumer Business Group, mentioned that the US restrictions the company previously faced hindered the company from producing 5G smartphones.

“Huawei is a global leader in 5G technology and in communication technology,” said Yu. “Because of the four rounds of US restrictions over the past two years or so, 5G phones are beyond our reach, and we have to go with 4G.”

However, for its other specs, the Huawei P50 features an upgraded Bluetooth 5.2, a higher IP68 rating, and Huawei’s Histen audio.

Last up is the battery. The Huawei P50 features an upgraded battery capacity of 4,100mAh from the previous 3,800mAh—more juice to enjoy. Plus, the new model supports faster charging of 66W from the previous Huawei P40’s 22.5W fast charging. Meaning you can get to use the P50 sooner after it fully charges.

Is it worth the upgrade?
Yes, it is worth the upgrade, despite the cons of not having 5G connectivity, a lower ultrawide lens, and front camera resolution; the Huawei P50 provides much more pros with its high performance and snappy display, which is great for supporting updated apps and games. Additionally, you get a larger battery with a speedier charge and better protection from dust and water with its IP68 rating.

How about you guys? What are your thoughts on this? Feel free to share your opinions about this in the comment section below.