It’s halfway through June, and a lot of people are already attending classes. To keep your eyes and hands entertained, we have another list of Android apps and games for your downloading.

Ever since, I always preferred writing down due homeworks, exams and other schoolworks in notebooks over any other method. That was the case until Timetable.

Basically, what it does is create a schedule inside your device. It can silence your phones on exams, and your subjects, teachers & venues will be displayed the way you want it to be displayed as great widgets are also available. You can also add in your due activities and holidays as well. It goes on for free at the Google Play Store; you can download it here. There are many more alternatives to this app, such as My Class Schedule, so feel free to check those out too.

If you haven’t heard of Minecraft yet, well, it’s a very creative sandbox game with tons of features. Originally for the PC, it now has a Pocket Edition, available on both iOS & Android.

Version 0.7.1 brings in the ability for you to cast lava and water all over the world, plus Realms is also added (paid public servers). Before that, version 0.7.0 already brought in a lot of updates as you can spawn chickens, cows, sheep and pigs and a lot more.

Minecraft PE is available in the Google Play Store for Php257.02 here.

This game easily becomes fun regardless of your age. It’s a tower defense game, and the idea has been pretty much repeated on so many games, but with Battle Cats, the experience feels polished. Besides, who doesn’t enjoy an army of cats taking down enemy fortresses?

Battle Cats is available for free on the Play Store (download here). 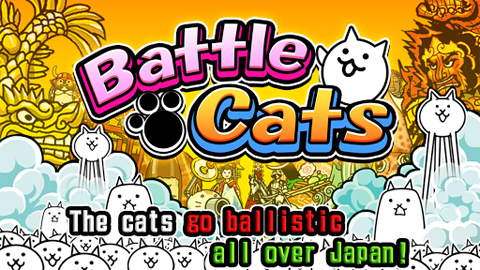 One of the things that look cool on iOS 7 is that parallax effect on the wallpaper. Apparently, Android already has that in the form of 3D Image Live Wallpaper.

We’ve tried it, and it does what it is supposed to do very well. This one can be downloaded for Php67.24 here.

That’s our list for now. If you have any more suggestions that fit with these, feel free to tell us about it in the comments section down below.

That’s a smart way of thkining about it.

Factor 8: At very last tap to the Restart Spring – Board to reboot your system and you will be done.
However at present time, Android has fixed the problems
in their OS they had in 2007, and now is looked at as perfect
by many. This method for resetting i – Phone clears all data from the phone and brings it back to
how you bought it.

To those playing Battle Cats, just input my code (cd73a4) to get your free 10,000 XP! Give me yours so I can add your code too. Super fun and addicting game. A must try!

Hi! My lil cousin loves Battle Cats! He has 1/10 friends. He’s been begging me for more. If you install the game, please add his code! Use code to get 10,000 XP! Input code c4y7bh. Matutuwa sya talga. Salamat!

3D Image Live Wallpaper is cool it makes it look that your apps are floating. Please do not pirate stuff. Buy the legit thing.