Samsung Galaxy S3 price to hit no more than Php37k

Samsung Galaxy S3 price to hit no more than Php37k

Reports are coming in that Samsung Stores in Metro Manila are also accepting reservations for the Galaxy S3. These are unlocked/openline units but will be released later than the pre-orders for Smart and Globe (which will have a week or two of lead time). 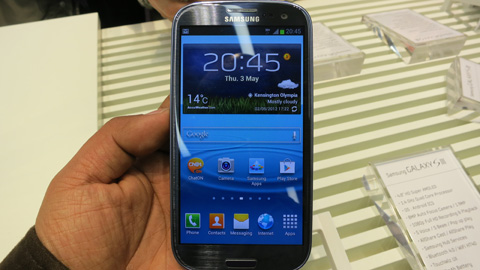 According to sales rep in Samsung Stores, there’s no advise as to the suggested retail price but they estimated that it will be around Php36k or not more than Php37k when it comes out. It’s not sure if the quoted price is for the 16GB or the 64GB model.

If the final price tag is in the Php36k for the entry-level variant, it could be a deal breaker to a lot of expecting buyers. If that’s the case, and in this price range, we might also be right with our estimated postpaid plans under Smart (which will be accepting pre-orders on May 23).