We had an early preview of the Samsung Galaxy S4 ahead of the public launch this evening but was under NDA so we couldn’t publish it ahead of the announcement. Here’s what we got from the 30-minute or so hands-on of the Galaxy S4. 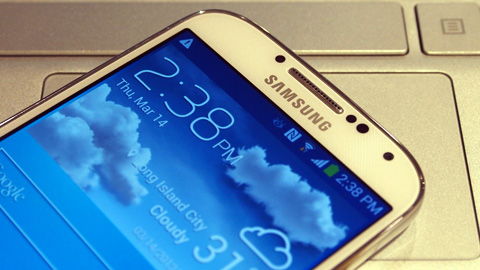 It’s pretty clear the leaks were accurate about the design of the S4. The look somewhat reminds us of the Galaxy S1 or something in between the Galaxy S3 and the Note 2. The physical size of the device is almost similar to the Galaxy S3. However, because they were able to trim down the bezel on all sides, the display size of the screen was increased to 4.99 inches.

The body is a bit glossy and has some patterns below the finish. Despite being thinner (7.9mm), the device feels more solid and has a bit of heft.

We took some sample videos from the 13MP camera and got these. Not that this was under low-light conditions.

The number of sensors has increased to even include even temperature and humidity sensor. The IR blaster is already present in the Galaxy Note 10.1 and the Galaxy Tab 7.0 Plus and is now included in the Galaxy S4.

Here’s a quick video demo we got earlier:

Samsung heavily focused on customizing and adding more features into the Galaxy S4 like gesture functions and the native camera app. 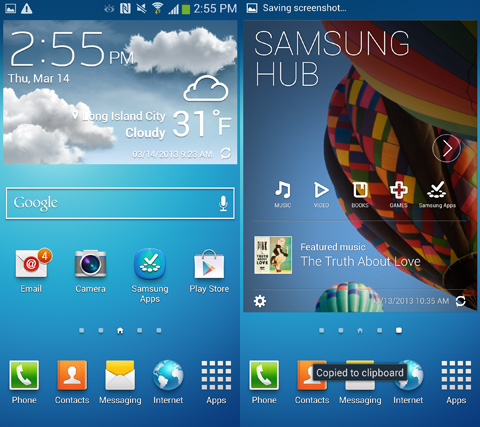 The Sound & Shot functions shoots a photo and add 9 a second audio. the Drama Shot combines multiple photos into one image while retaining the moving subject. The Cinema Photo is like a GIF maker which animates background from multiple photo while keeping the subject static; and the Razor Shot which removse moving subjects in photos (anti-photo bombing). The NFC can pair up to 8 devices to share and stream music on all of them to form a band. It can also be used for group playing (Asphalt 7, GunBros 2) via direct WiFi connection.

Air View is a “Hover with Finger” to preview email, calendar and FlipBoard (this was copied from the hover on the Note 2 but this time using the fingers instead of the stylus). 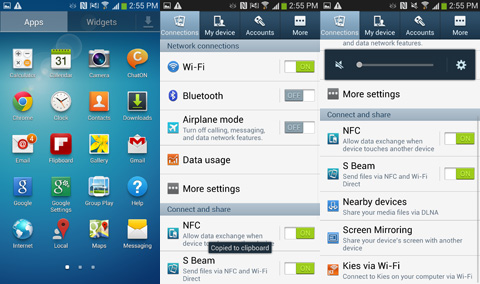 Air Gesture: Air Browse, Air Jump, Air Call Accept (wave of the hand). While Smart Pause is basically eye tracking by pausing video when you look away and resuming when you look back. Smart Scroll works when you tilt the device to scroll content on a page. 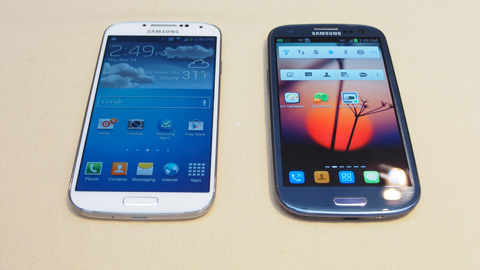 You can read more about the specs and hardware here as well as the Quadrant Benchmarks here.