Thankfully, Samsung is shipping the S7 with the latest Android available – version 6.0 nicknamed as Marshmallow. We still have Samsung’s TouchWiz UI on-board, of course, which has a mixed-bag reputation among users. During our week long usage, we’re glad to report that it didn’t show any lag or crashes. Actually, it’s one of the most fluid UI we’ve seen at a constant 60fps. 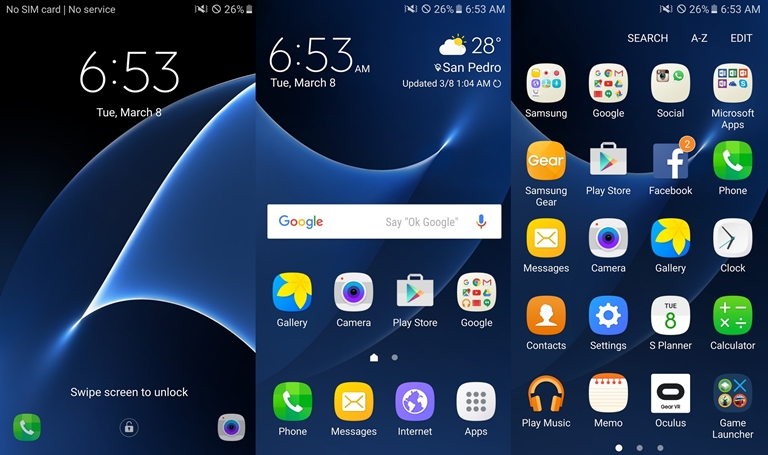 Our gripe about TouchWiz is the bloatware it brings. But with the S7, it looks like Samsung is heading in the right direction. Aside from the suite of key Google and Microsoft productivity (Office, Skype, and OneDrive) apps pre-installed, there’s nothing much on the device. Even Samsung’s own Music and Video apps are not present. Other apps made by the manufacturer is ready for download through the dedicated Galaxy app store. 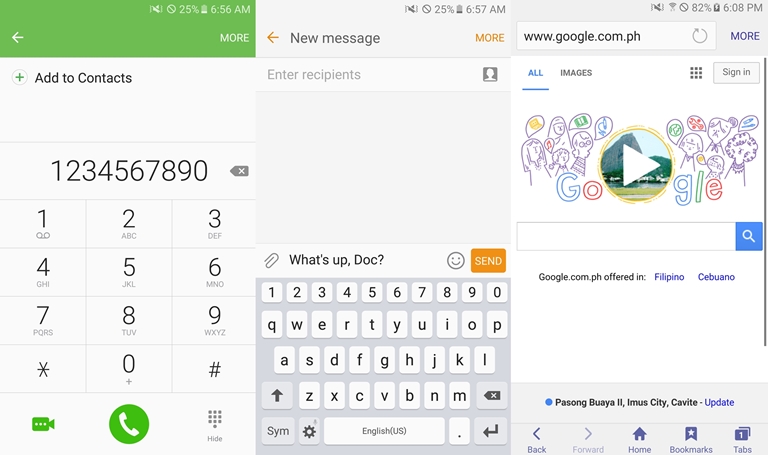 Everything else is pretty familiar with the TouchWiz UI and it’s now one of those which retained the app drawer since most are omitting it in favor of a single layer homescreen like iOS. Although, there’s an option tucked away in the settings panel to disable the app drawer. This is perhaps a forewarning where Samsung’s UI is heading but we hope not. 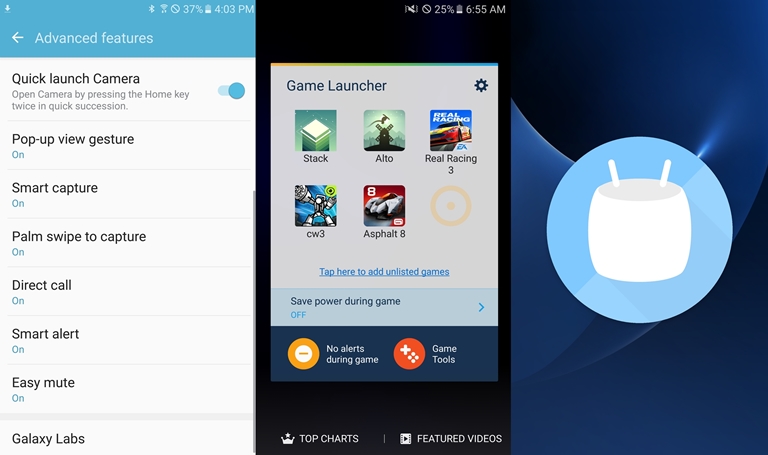 TouchWiz’s advanced features are available in the settings and they are pretty useful so be sure to check them out.

Moreover, the S7 has the Game Launcher wherein it prioritizes gaming over other apps. Here you can tweak some settings on how you’d like to play. For example, you can silent notifications while gaming to avoid interruptions or disable the capacitive keys.

The megapixel game is nothing for the S7. When it was announced, we were surprised to hear that its primary camera will only have 12-megapixels – 4MP shy from its predecessor. But, Samsung has something better than just numbers called Dual Pixel, which is a sensor-based, phase-detection autofocus technology. 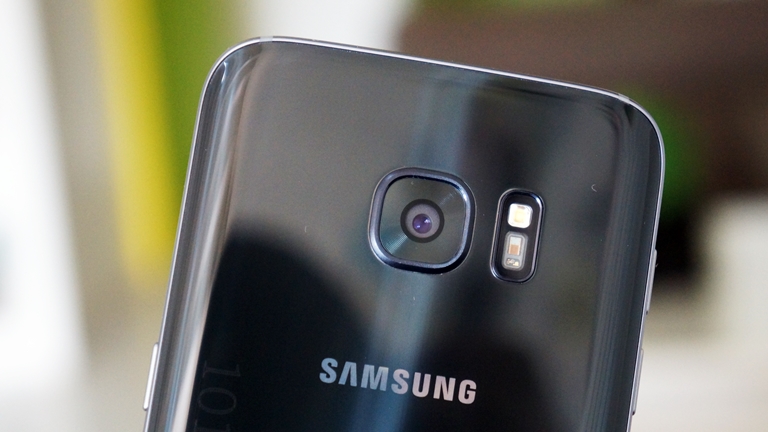 Basically, it’s like having a DSLR-quality autofocus on a pocket-sized device. If you’ve owned a Canon DSLR, specifically the 70D, the Dual Pixel is a great step in autofocusing particularly in videos. Other than said camera tech, the S7 boast the biggest aperture on a smartphone at f/1.7. We also have optical image stabilization and a 1.4 µm pixel size to top everything about the camera. 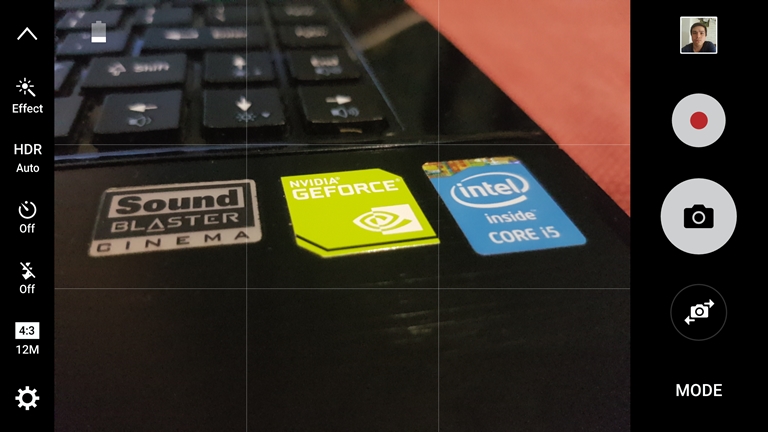 With these jargons, can the Samsung S7 deliver great camera performance? Well, it’s a big yes. Every still comes out great with plenty of details, good white balance, and great saturation levels. The dynamic range is also noticeabley better than most smartphones today. Low-light shots are not a problem too but expect lesser details compared to daylight shots. Shutter lag is also not present. Take a look at some samples below:

As for the selfies, there’s a pretty standard wide-angle 5-megapixel front camera that also sports an f/1.7 opening. It’s output is good when there’s enough light but it starts to get smudgy indoors. Check them out:

Video performance, just like with the stills, is one of the best in its class. It’s well saturated with incredible details especially when using UHD resolution. Although, perhaps Samsung can use some of Nokia’s Rich Audio recording feature to come with the good picture quality. Here’s a high-resolution UHD sample:

While it already has optical image stabilization, there’s also digital stabilization in the camera settings which makes the footage’s smoothness even better. Here’s a short video:

And to see the Dual Pixel in action, here’s a short clip showing two subjects and the swift autofocus feature of the Galaxy S7:

Once again, Samsung did an outstanding work in its camera. The combination of the best available optical hardware shows quality output as can be seen with the samples. We do hope the audio recording also gets the needed attention.

Powering the Galaxy S7 is Samsung’s own and newest Exynos 8890 Octa processor. Going technical, it’s got two quad-core processors, one running at 2.6GHz for peak performance and another at 1.6GHz for battery efficiency. While for the graphics, there’s a Mali-T880 with 12 cores to handle it. Include the 4GB RAM and 32GB of expandable storage to the prowess of the handset. 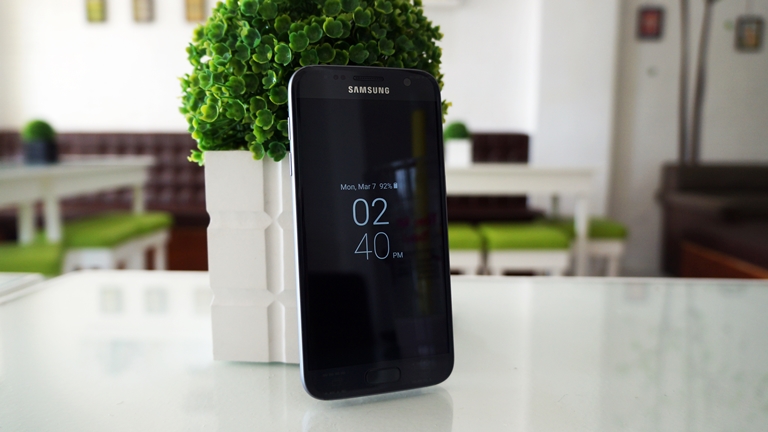 As expected, everything is fluid, hiccup-free, and just works. From everyday tasks to intensive gaming, the Galaxy S7 can handle it well. Samsung claims that there’s some sort of liquid-cooling system inside yet the device gets a bit toasty at 39.8º after an hour of intensive gaming. 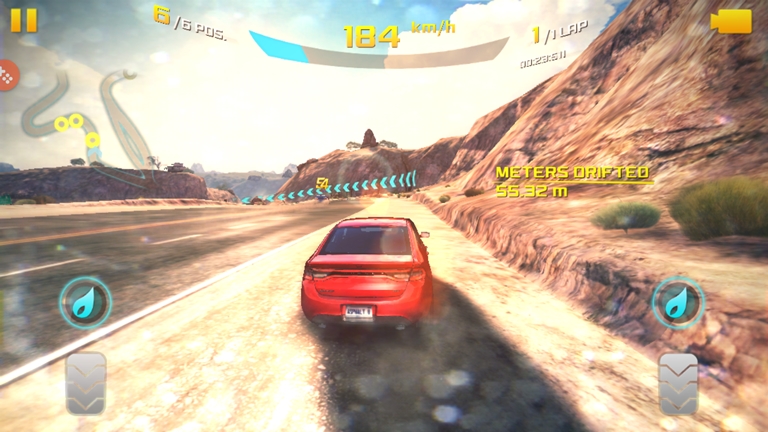 Initial Antutu benchmark score when we first hold the S7 is at 127,699 and with a few more tests, we got an impressive 132076. Here are all the benchmarks tests and scores we got: 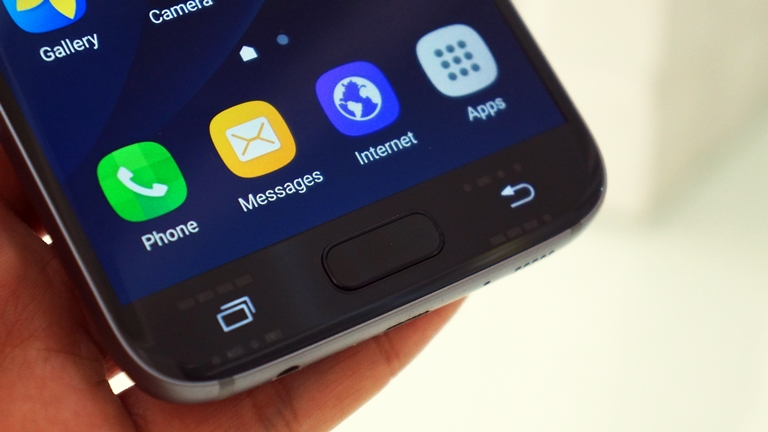 The fingerprint scanner built-in to the home button is swift and accurate most of the time. But, a little sweat and grease affect the performance.