Samsung just released their newest flagship smartphone — the Galaxy S9 and S9+. How will it fare with other flagship devices? Find out in this episode of specs comparison where we will put it side-by-side with Huawei’s flagship device — the Mate 10 Pro. Let’s go! 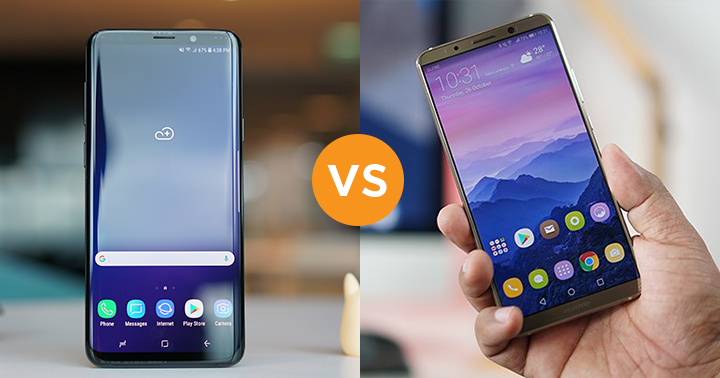 Starting off with the first thing that users see is the display.The Mate 10 Pro gives an excellent viewing experience, however, the Galaxy S9+ wins this aspect due to its higher screen size, aspect ratio, resolution, and pixel density. In terms of viewing experience, the latter is the better option for users who are fond of watching or streaming videos.

The Galaxy S9+ uses an all-new flagship Exynos 9810 processor while the Mate 10 Pro has its own flagship Kirin 970 one. Looking at their architecture, both devices provide an excellent performance but in terms of clock speed, the former can run on a higher speed as compared with the latter.

The S9+ has a Mali G72-MP18 GPU while the Mate 10 Pro has Mali G72-MP12. Both GPUs have the same model but what differs them is the number of cores that each one has which makes it easier to discern which is which. We can safely assume that the former performs better than the latter due to its higher number of cores. In short, if users want to have a device that has a better gaming potential, they can go for the S9+.

The Mate 10 Pro has a higher battery capacity although it lacks a wireless charging feature that the S9+ has. We will be updating this aspect as well once we have tested the latter’s battery life.