A couple of weeks ago, Sony introduced their new smartphone that serves as a successor to last year’s Sony Ericsson Xperia Neo V â€“ the Xperia Neo L. It has a larger screen, an updated Android OS and a slightly thinner body. But is that enough to make the Neo L stand out? Find out in our full review after the break.

At first glance, the Sony Xperia Neo L has a design that reminds us of the â€œCurvaceousâ€ Cherry Mobile W900 Dragon Phone. It is curved at the top and bottom but straight on the sides accented with a chrome strip. The whole body is made of plastic with a piano black finish which captures a lot of hand grease and fingerprints. 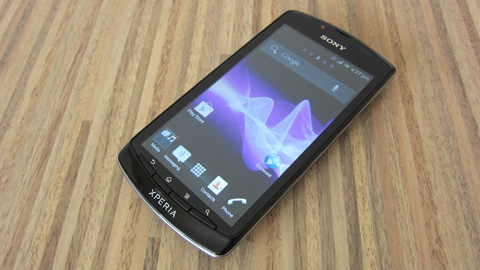 The front of the device is mostly taken up by the display. Right above it are the earpiece, front-facing camera and the light sensor. While below are four physical buttons for Back, Home, Options, and Search.

The Power Button, volume rocker and a provision for an ID lace are all located on the right side. The microUSB port is located on the left. The headset jack (which I think looks like a neck with a missing head) and notifications light are right on top while the microphone is at the bottom. Flip it over and you’ll find the camera, LED flash, and the speaker grill. The Neo L is pocket-friendly and comfortable to hold. In proportion to its size, it’s light with most of the heft distributed on the upper part.

The Xperia Neo L is running Android Ice Cream Sandwich version 4.0.4 with Timescape UI. You get five different home screens for your shortcuts and widgets and a persistent dock at the bottom that can house four of your favorite icons. You can make folders on this dock but not inside the app drawer. Tapping the menu icon will bring up the app drawer with a 4 x 4 grid of icons. From here you can rearrange or directly delete your installed apps with the help of two icons situated below the grid.

Even with Ice Cream Sandwich on board, the appearance of the UI didnâ€™t change much from the looks of previous Xperias running Gingerbread. Overall the UI is smooth and the transitions are fast. 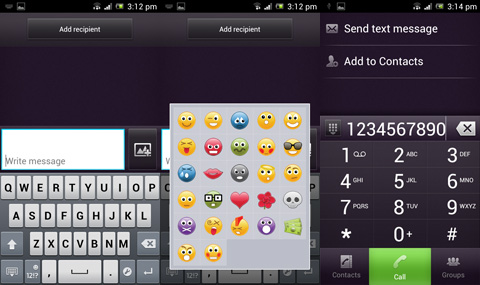 The Neo L has 4-inch IPS LCD display at 480×854 pixels (245 ppi). The IPS LCD lived up to expectations as viewing angles are really good whether you view from the left, right, top or bottom. As for the resolution, the icons and images are clear under normal viewing distance but details start to look pixelated when you give it a closer look. 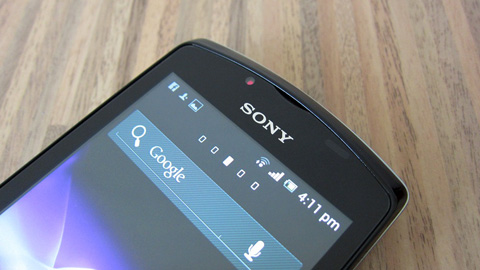 It doesnâ€™t have the Mobile Bravia Engine on board so the display seems ordinary and suffers a lot from glare unlike its Bravia-powered cousins. But the colors are good with an acceptable level of vibrancy that wonâ€™t strain your eyes.

A 5 megapixel auto-focus shooter is what you’ll get from the Neo L. The camera interface is very much similar to other Android ICS phones out there but of course, camera performance differs. 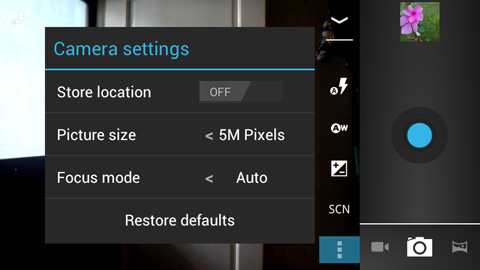 Although the Neo L can capture beautiful photos with great colors, it often times lack the kind of speed and intuition I expect from a camera of this caliber.

I had issues with it in terms of focus which is evident when you use it in Auto mode. Take photo of a subject at a normal distance and itâ€™ll focus properly but bring the camera closer to the subject at around 3 inches and it will give you a blurry shot. Change it to Macro mode and itâ€™ll work just fine. In a nutshell, it’s really difficult to trust Auto mode on the Neo L.

It also has a Panoramic mode which produces perfectly stitched photos but at the expense of resolution. For the video, it is capable of recording clips at 720p resolution at 30fps.

One of the things I love about Android is that multimedia playback was never really a problem. Like most Android devices Iâ€™ve reviewed, the Xperia Neo L can handle multiple video and music formats very well. What I hate though is the placement of the speaker grill. The audio coming out from it is superb thanks to the xLOUD technology but put it down on a soft surface such as your bed and the sound is instantly muffled. 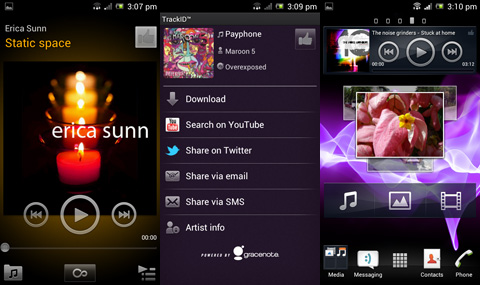 The Neo L also comes with pre-installed apps such as the Experiment 13 game, WhatsApp, OfficeSuite, and other Sony goodness that can help download more apps or help you connect to your other Sony appliances via DLNA. For anything else, there’s the Google Play Store.

Benchmarks using Quadrant Standard placed the Neo L at the bottom of the list with a score of 1,227. AnTuTu gave it a score of 3,004 — just scoring a bit above the Samsung Galaxy S. The Neo L scored 24.7fps in NenaMark 2 with its Adreno 205 GPU, beating the Samsung Galaxy Tab but defeated by the LG Optimus 2X.

The Xperia Neo L has 1500mAh Li-Po battery but I canâ€™t make it last over two and a half days. If youâ€™re just texting and calling, itâ€™ll probably give you three days depending on your usage. But if you’ll maximize the use of its multimedia and internet capabilities, the Neo L will die on you after a day and a half. I can definitely say that the Sony Xperia L is a good smartphone that can get things donne. Performance wise, it works really well. I did expect some lags but didnâ€™t encounter anything noticeable. Even without the Bravia Engine the IPS display will suffice, just donâ€™t put under direct sunlight. 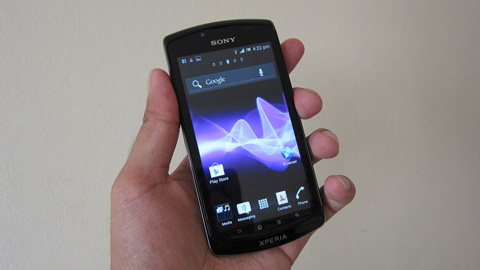 Battery performance need to be improved as well. Two days is acceptable but less than that is just plain wrong.

The Neo L is not a multimedia powerhouse but it can handle your basic smartphone needs and more. For the suggested retail price of Php12,490, that’s pretty much an acceptable deal. What we did not like about it:
â€¢ Poor sunlight legibility
â€¢ The whole device is a fingerprint magnet
â€¢ Slow camera

Disclosure: The Sony Xperia Neo L was provided for review by Widget City. They sell the handset for Php11,200 (see listing here). Widget City is also a banner advertiser on this site.