Unboxing the Samsung Galaxy S3 i9300

I was almost done with the review of the Samsung Galaxy S3 when the most unfortunate incident happened. But before I ramble on, let me share with you our unboxing photos and videos of the Galaxy S3, both in Pebble Blue and Ceramic White. 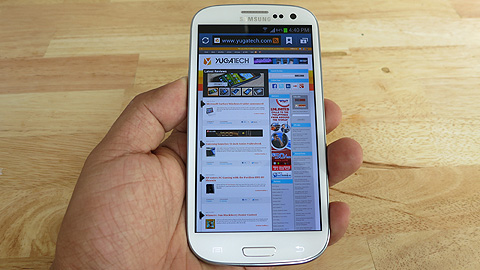 We initially got the Ceramic White variant from Samsung Philippines as a loaner. The following week, the good folks of Lazada.com.ph also gave us another unit, the one in Pebble Blue. 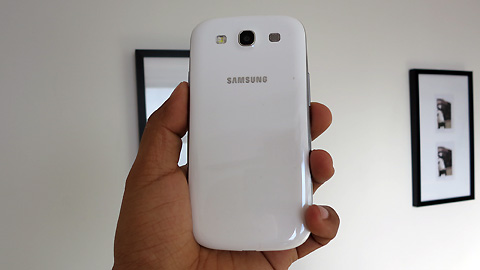 Since then, we’ve been testing a lot of the native features that Samsung introduced to the S3 — S Voice (which surprisingly supports the Philippines with location-based queries, unlike Siri), Smart Stay, S Beam, and Direct Call — all of which worked as smoothly as we expected it to be. So as some sort of a teaser, check out our unboxing video below:

We’ve also taken a lot of sample shots and sample video recording at 1080p, just like this one (will include more in our final review):

We promise to post the full review by this weekend. We’re just swamped with so many phones to review this quarter. :)

I can’t wait for Samsung Galaxy Note 2 and iPhone 5. Seems like the Note is Samsung’s flagship now.

I currently own HTC One X so i might have a bias towards that handset. But before I bought the device, it was really a close call between the two devices.

I think it will all boil down to your personal preference. Reviews say that S3’s performance is better all in all. But once you use both, you can hardly notice the difference, unless you will use benchmark tools. Samsung has added more features (or gimmicks) on its UI which you may like, but I chose One X because of its premium feel, design and screen.

Anyone with the SGS3 having the unit heating up in the lower right corner?

No problem here…. i think you need to have it checked on the store where you bought it.

But my S3 only heated up when I was watching a Hi10p (10 bits) H264 MKV anime in 720p. Judging by the processing power of a PC to play rhat kind of video I guess the heat up is normal since it did play with little to no lag unlike my S2 where the whole video would lag

Sir it would be nice to optimize your wordpress theme to a responsive theme for a better mobile experience for the users.

The phone is great…Bought my S3in the mid east and surprisingly its costs runs around 24+25k considering it was just also newly released there but this phone is awesome-superfast and smoothÂ·I really the zero shutter lag in capturing videos :-)

others would gladly have your kind of problem and call it a blessing. he he he