Back then, HDTVs were rare and extremely high-end, cameraphones were regarded as totally rad, and phones that can double as an MP3 player were so cool. Times have changed.

5 years ago, it didn’t matter what resolution your phone’s display runs. Very few people even cared about the CPU in it. For everyone, second to millisecond differences didn’t matter. Say, we had e-mail in our phones and BlackBerry was pretty known for that, while Nokia was noted for injecting a camera into our mobile phones. While they didn’t really invent the touchscreen, Apple did bring it into the limelight. The smartphone evolution (or revolution) didn’t happen in a day.

It continued in many paths, which is quite expected because of competition. Apple pushed apps into the battlefield, which forced other platforms to step up their game as well. Android, Windows Phone, BlackBerry 10 and the others will be catching up soon, but we think that’s a given – and more and more quality apps will never be overkill.

There is a ton of space for software improvement, but what about hardware? Take this comparison chart on how specs evolve every year.

The screen’s resolution gets higher along with the display size, RAM & of course, battery to power all of that. Above all, we might even move to real octa-core phones next year (Galaxy S4 isn’t truly running on 8 cores). Camera capabilities are also evolving along the way.

Next year, we could have 6-inch flagship phones running on a resolution of 2560 x 1440, with a camera that can record great 2160p video in low-light, an octa-core CPU that has a better architecture than today and 4GB RAM. Of course, to keep that all running, you need a one of a kind battery. The question is, do we need that? Do we even want that?

If that’s the case, then honestly, I’m good with it for the most part. But as of today, I’m not even feeling a bit of discontent with my Nexus 4, safe for the camera. When next year comes with those specs, I won’t be counting on days of battery life anyway, so 1 day will always still be good with me. 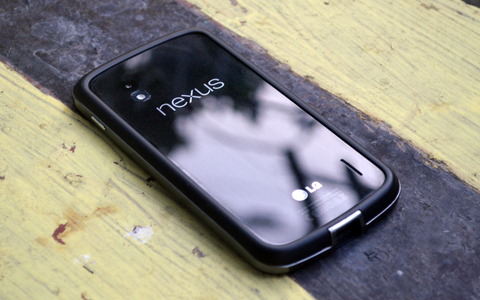 Gaming with an S4 Pro isn’t bad, so while there is still room for more power, I don’t see why we need twice the speed immediately. Same case with the display; I don’t need a 1080p screen, and I don’t need a larger screen. That’s what tablets are for. Only thing that needs improvement is the camera, and you know it – smartphone cameras are nowhere near overkill; most of them still suck.

Is this progress all for marketing’s sake? We, consumers, will be losing if that’s the case.  Maybe people in this generation are getting too spoiled. Or another scene to consider is that the smartphone evolution really is ending, and that is why manufacturers are making the jump to wearable technology.

Are you still not satisfied with what smartphones offer right now? If so, in what part? What do you think will phones be like next year? Feel free to discuss in the comments down below.