If you look at entry-level smartphones from a few years back, you’ll see devices that are considered as underpowered and cheap. You won’t even call them as daily-drivers as they can’t game and have poor battery life. However, in 2020, we see more of these “entry-level” smartphones with hardware that punches above its asking price. One good example is the Xiaomi Redmi 9C. Is this the daily-driver for you? Let’s find out. 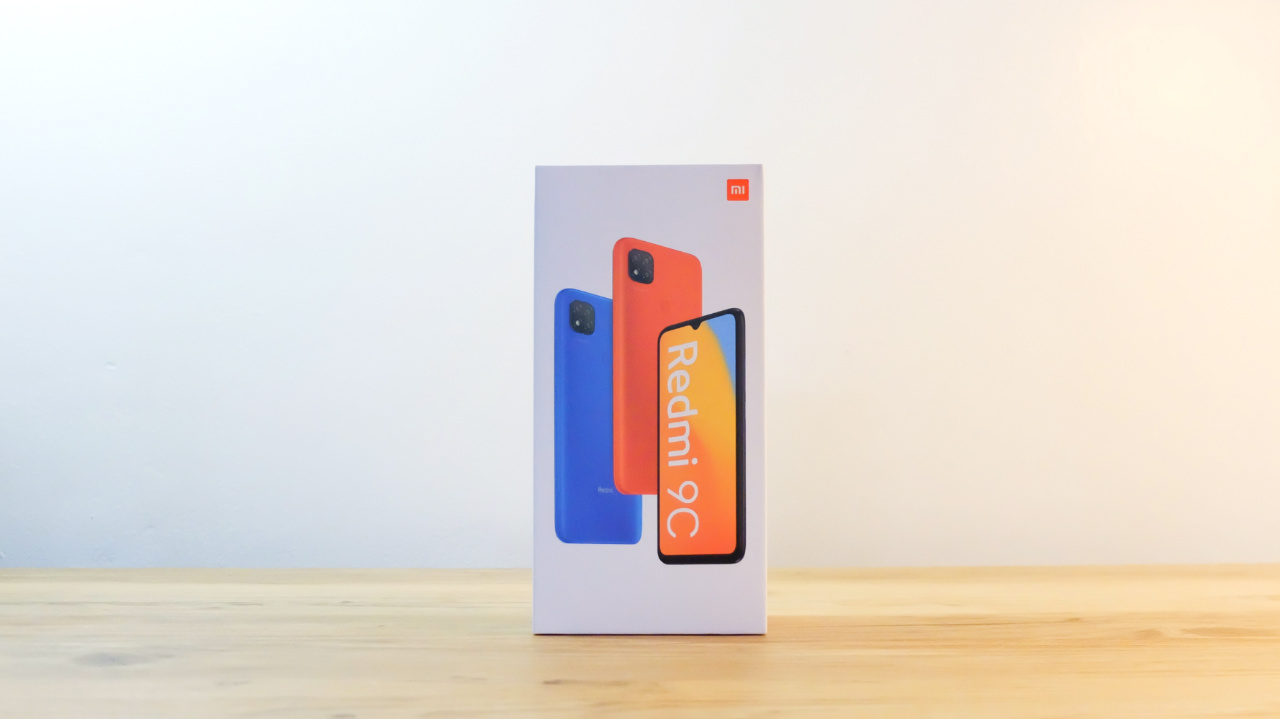 The Redmi 9C is quite a big device thanks in part to its huge battery, but also its design. While the 6.53-inch HD+ IPS display spec doesn’t sound as big as other smartphones on the market, the bezels surrounding the screen are quite thick by today’s standards, resulting in an overall larger profile. 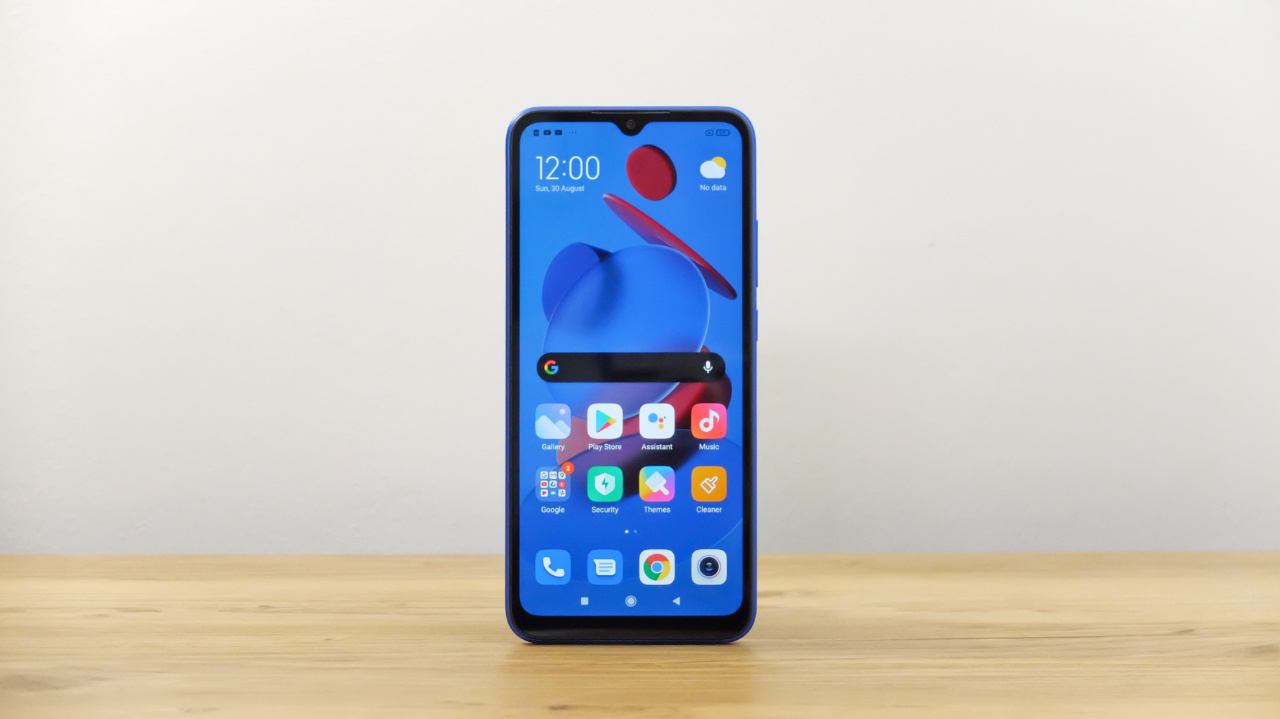 At the back, you can find the protruding squarish rear camera module that contains three sensors, as well as the fingerprint scanner, and the Redmi branding. 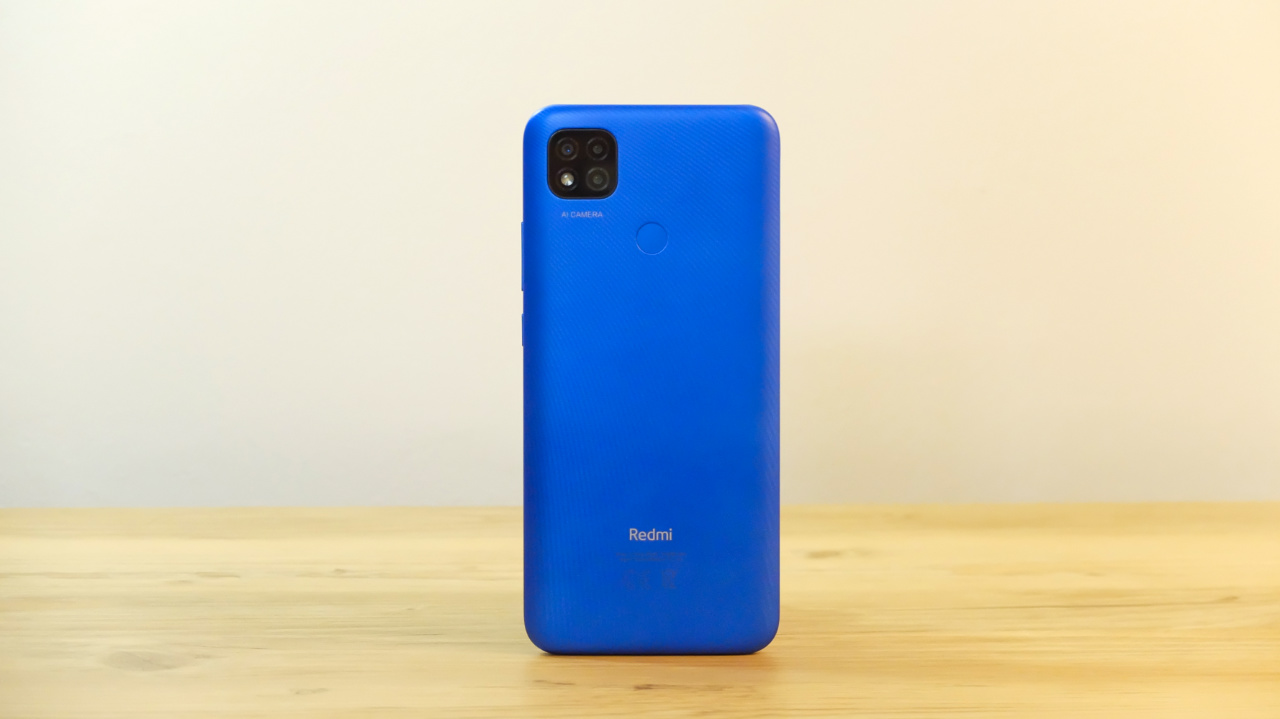 On the left side, we have the triple card tray with dedicated slots for two nano-SIM cards and a microSD card. 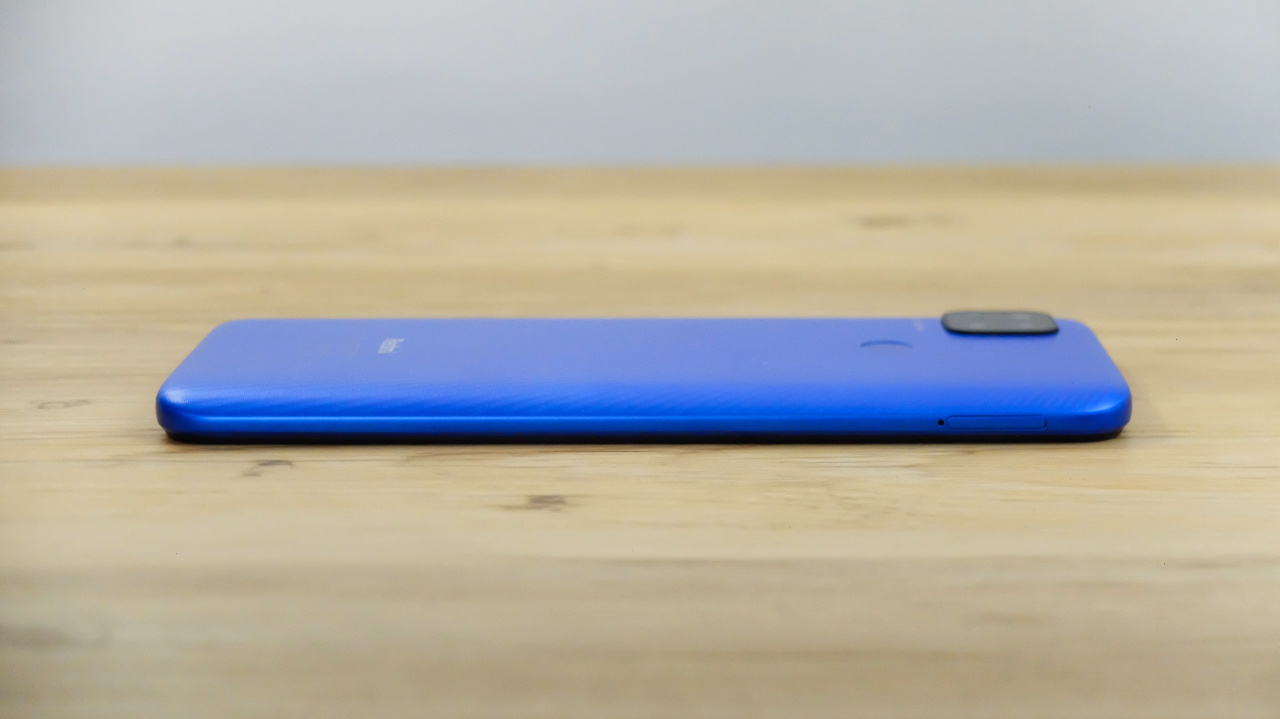 Meanwhile, on the right, we have the volume rocker and power button. The bottom contains the micro USB port, microphone, and loudspeaker. Up top, we get the 3.5mm headphone jack. 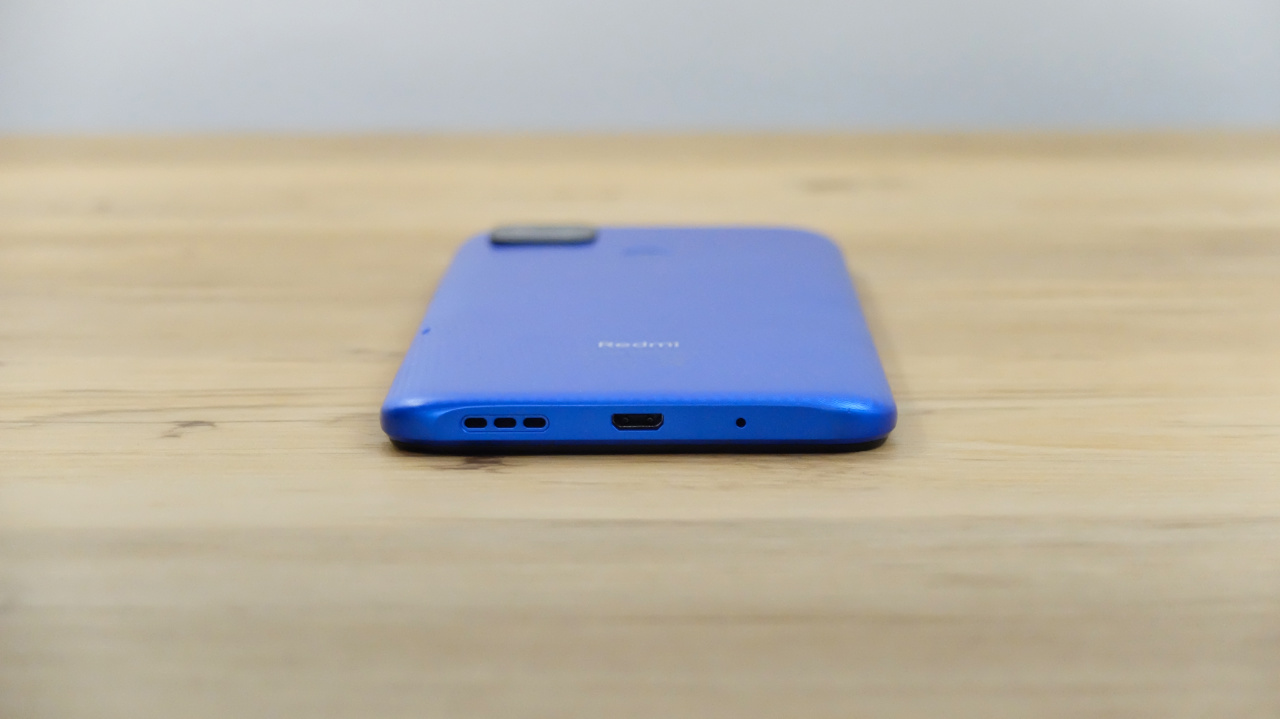 The back has a design that sort of resembles a fingerprint, which is basically just a bunch of curved lines. It looks pretty cool, there’s a bit of texture to is, and you need not worry about smudges since it’s not glossy. 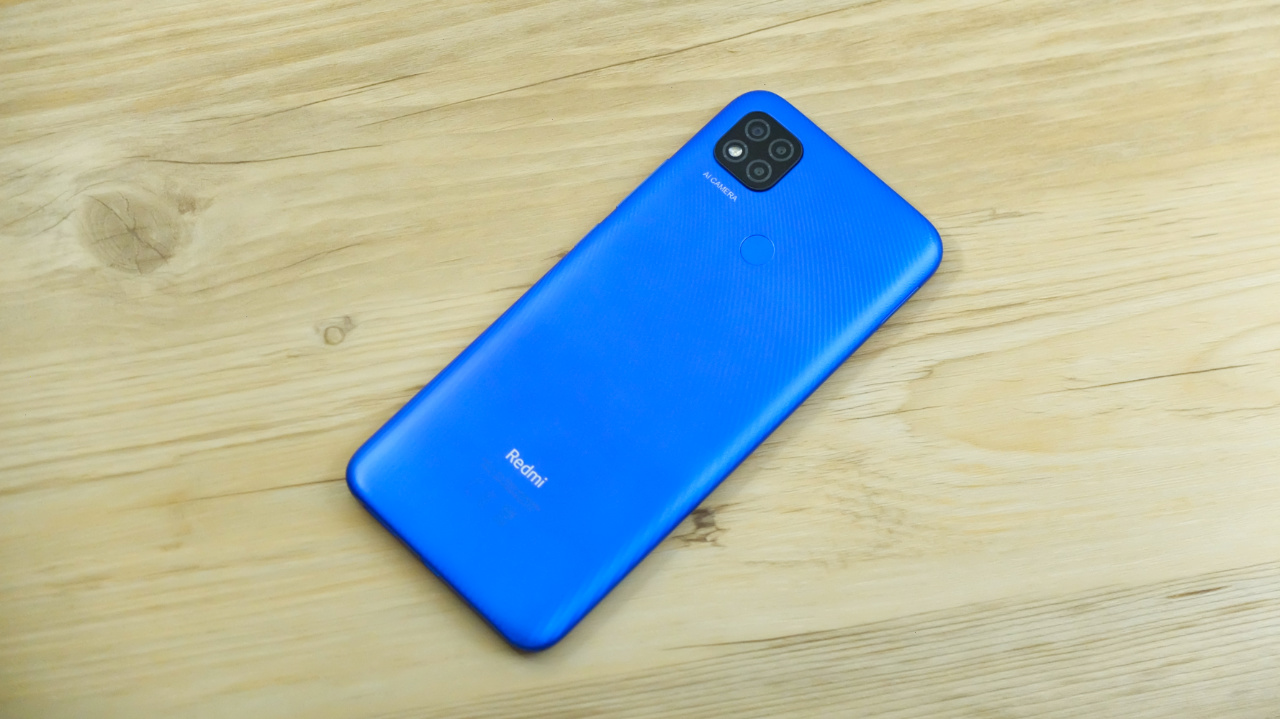 At 9.0mm thick and 196g weight, the Redmi 9C is one chunky and hefty smartphone. It’s quite tall and wide, too. But the overall feel is solid, like a tank. Although users with small hands will find it difficult to navigate with one hand. 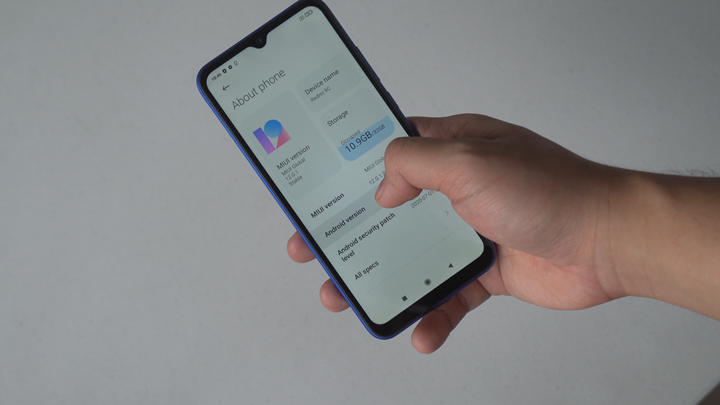 Still, it’s quite a good size for a modern smartphone and is still comfortable to hold thanks to the matte finish on the back panel and the curvature of the sides.

The Redmi 9C features a large 6.53-inch HD+ (1600 x 720) IPS dot-drop display which equates to 269ppi. It’s a decent resolution even for a screen of this size as the pixels aren’t noticeable when viewed from a normal distance. The colors are not as punchy as those found in AMOLED screens, but they’re natural and accurate. 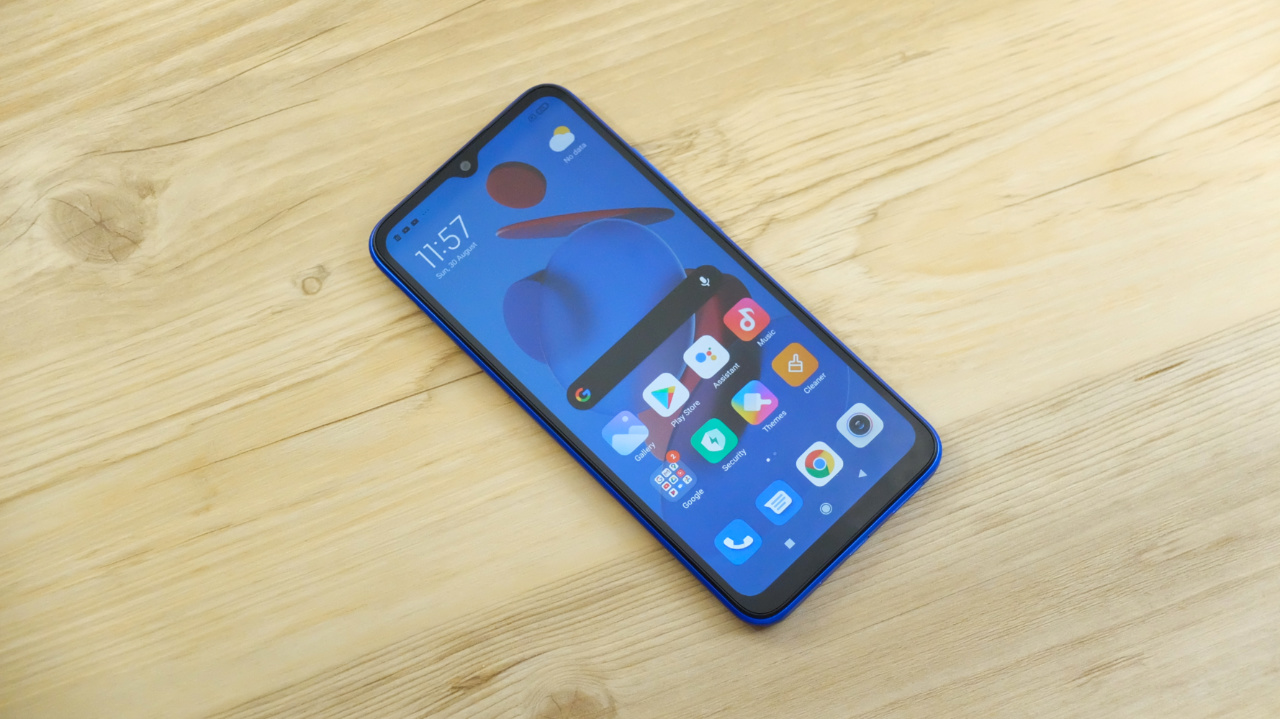 Viewing angles are okay. Although it gets dimmer when viewed from extreme angles. It’s also prone to glare, meaning it can easily reflect strong light sources especially outdoors. The screen is also not as bright as we prefer. 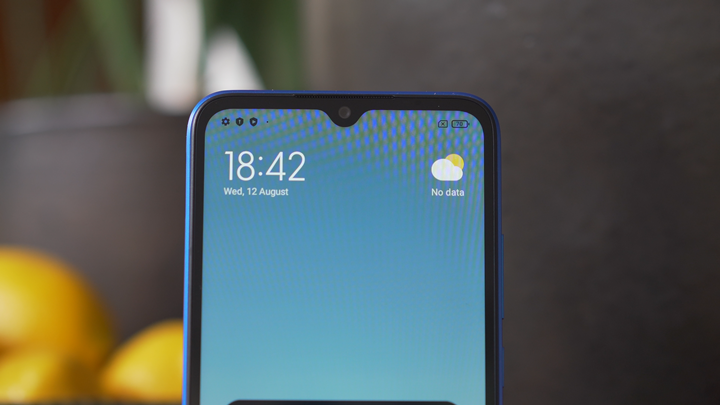 We enjoy watching videos on it from YouTube and Netflix. The audio is crisp and loud although the lows are almost non-existent. It’s good for casual listening, Zoom calls, and hands-free voice calls. But if you want a really good listening experience, make sure to use your favorite wired headphones or a Bluetooth speaker.

The Redmi 9C is equipped with a triple-rear camera setup, consisting of a 13MP primary, 5MP ultrawide, and 2MP depth for portraits. Although the sensor resolution is not as high as those found in more expensive phones, the configuration makes it a versatile shooter that can adapt depending on the user’s needs. We’re not expecting much from an entry-level smartphone, but based on the photos we’ve taken, the Redmi 9C came out as a pretty good shooter for its caliber. Shots taken in the bright outdoors and sharp with great contrast. The colors are rich too, especially the greens, reds, and blues. It can still manage decent photos indoors although you will notice that it starts losing details and colors as the light gets dimmer.

Selfies from the 5MP shooter are decent as well. Not a lot of resolution to go around but the quality is great if you’re taking photos in a bright environment. The portrait mode works, although not perfect, can still be used for social media uploads.

For videos, the Redmi 9C can shoot up to 1080p at 30fps. I don’t notice and stabilization, but the colors are great. There’s noticeable over-sharpening, but not aggressive.

Running the software-side on the Redmi 9C is MIUI 12.0.1 Stable based on Android 10. It looks similar to MIUI 11 but with some nicer visual tweaks. If you want to read more about MIUI 12, you can read our story here. 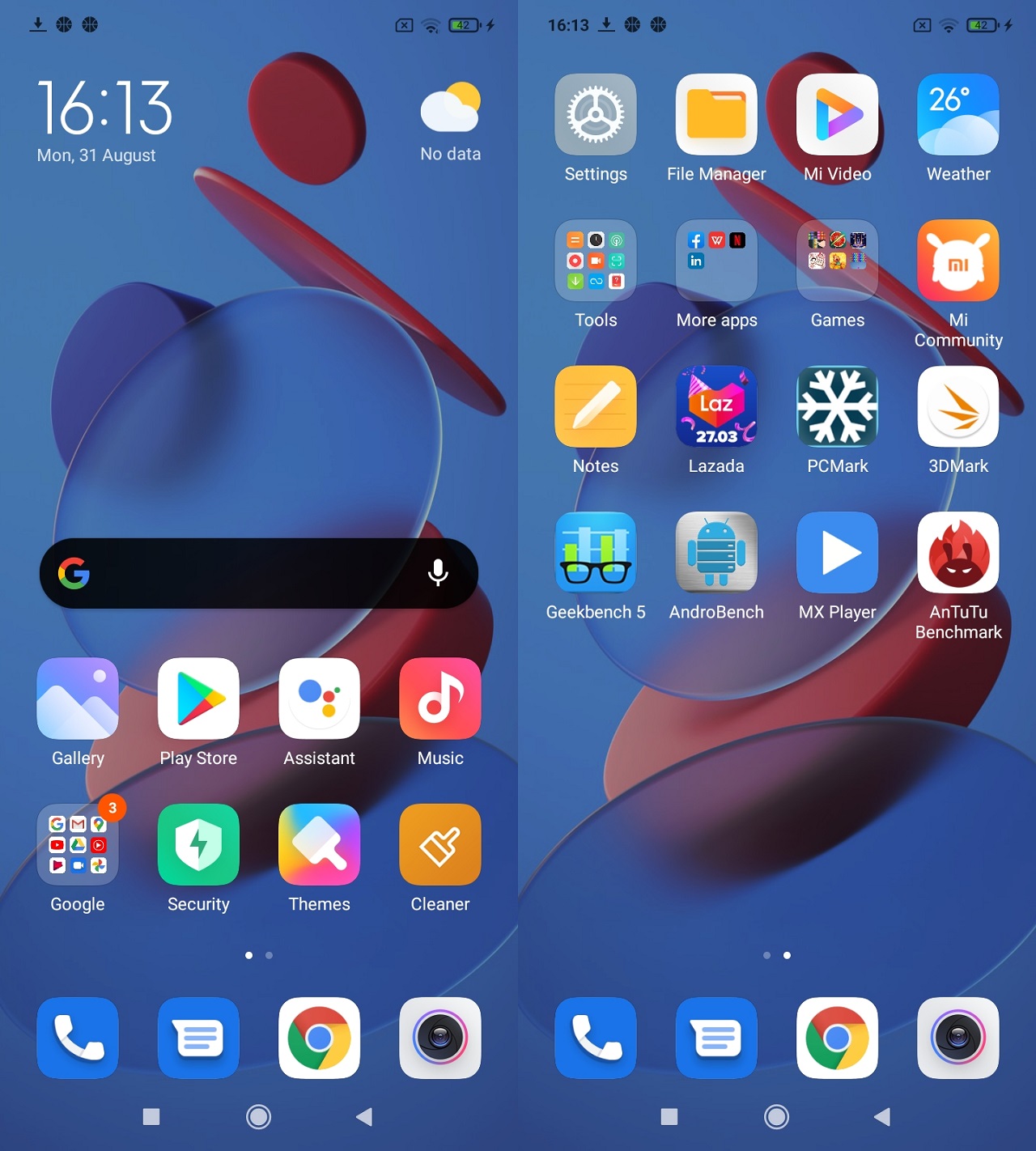 It still uses multiple home screens to house the apps, and you still have the option to navigate the interface using the traditional buttons or with full-screen gestures. 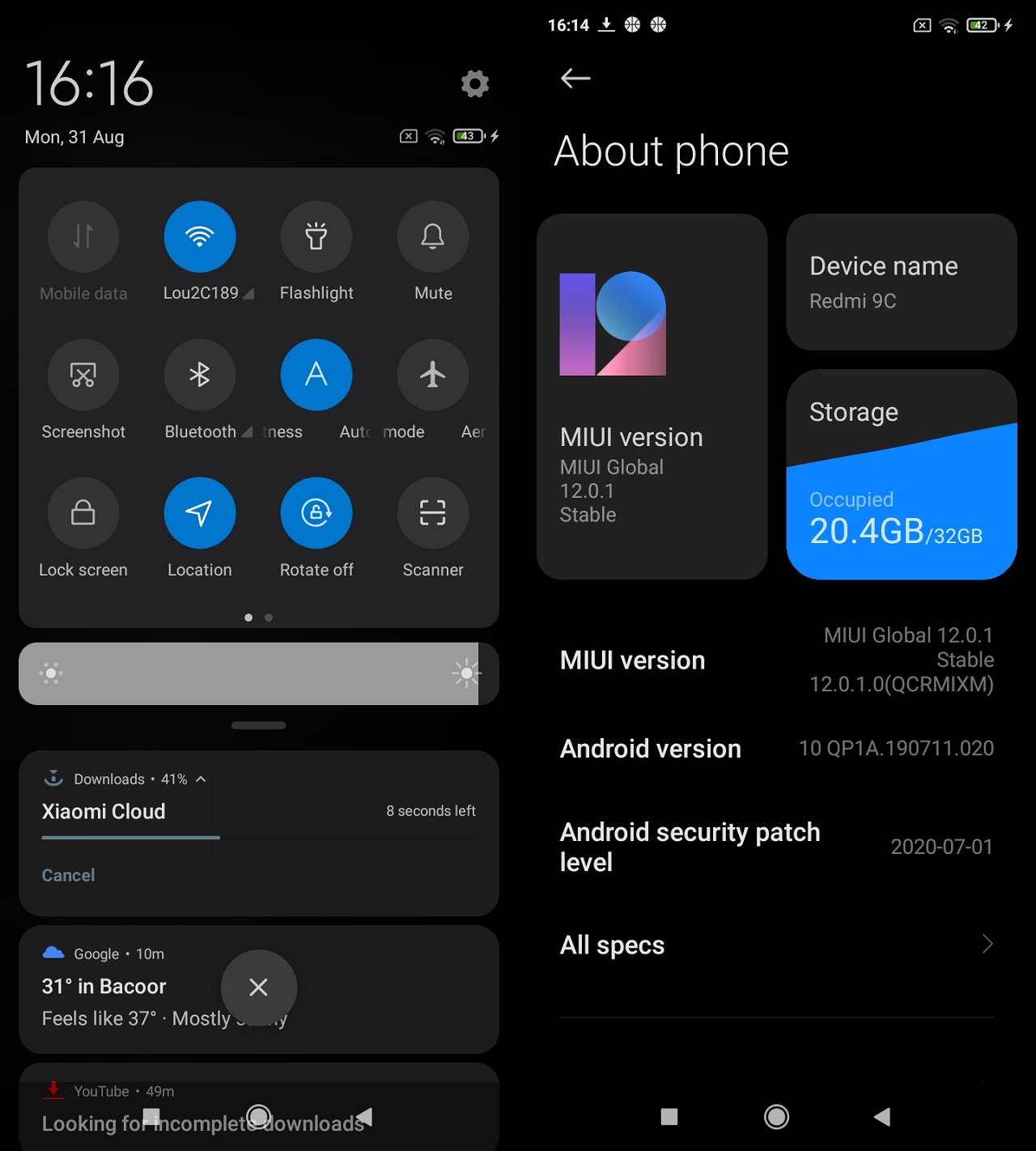 There are plenty of apps pre-installed but not all of them are bloatware. There’s the stock MIUI apps and the usual Google apps. The third-party ones are Facebook, WPS Office, Netflix, Lazada, and six games. You can uninstall them which shouldn’t be a problem. 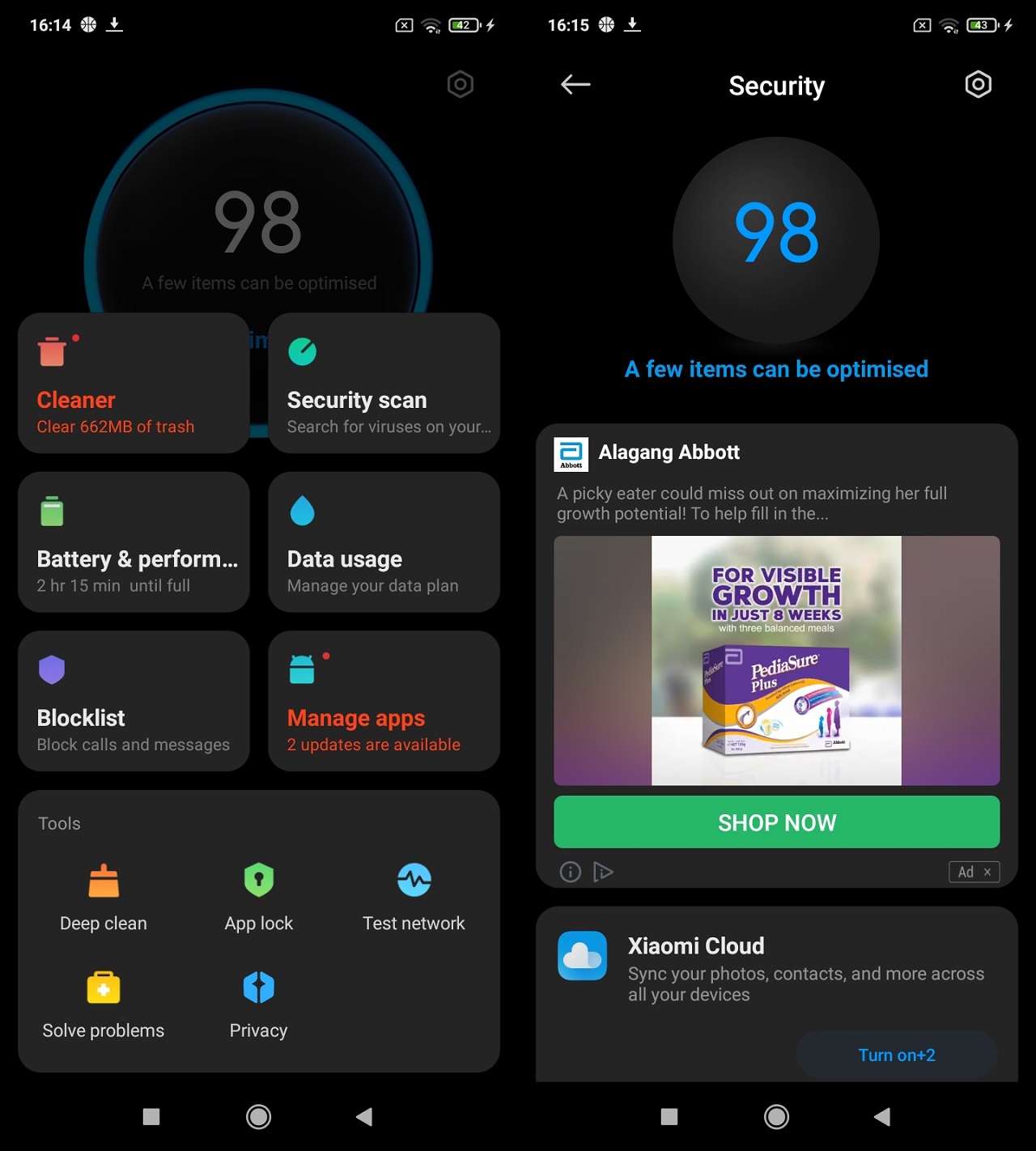 One of the things that still annoy us with MIUI every now and then is the in-UI ads. They’re not intrusive but kinda ruins the experience whenever you encounter them. There’s a way to minimize their appearance on the Redmi 9C but you will have to dive into the Settings menu.

Powering the Redmi 9C is the MediaTek Helio G35 with a 2.3GHz octa-core CPU, PowerVR GE8320 GPU, and 2GB or 3GB of RAM, and 32 or 64GB of storage. The model we have on hand is the 2GB + 32GB. It’s good enough for basic tasks including surfing the web and heavy use of social media apps. You can play light games on it, although don’t expect a fluid experience on more demanding games. We were still able to play Mobile Legends but in the medium graphic settings. 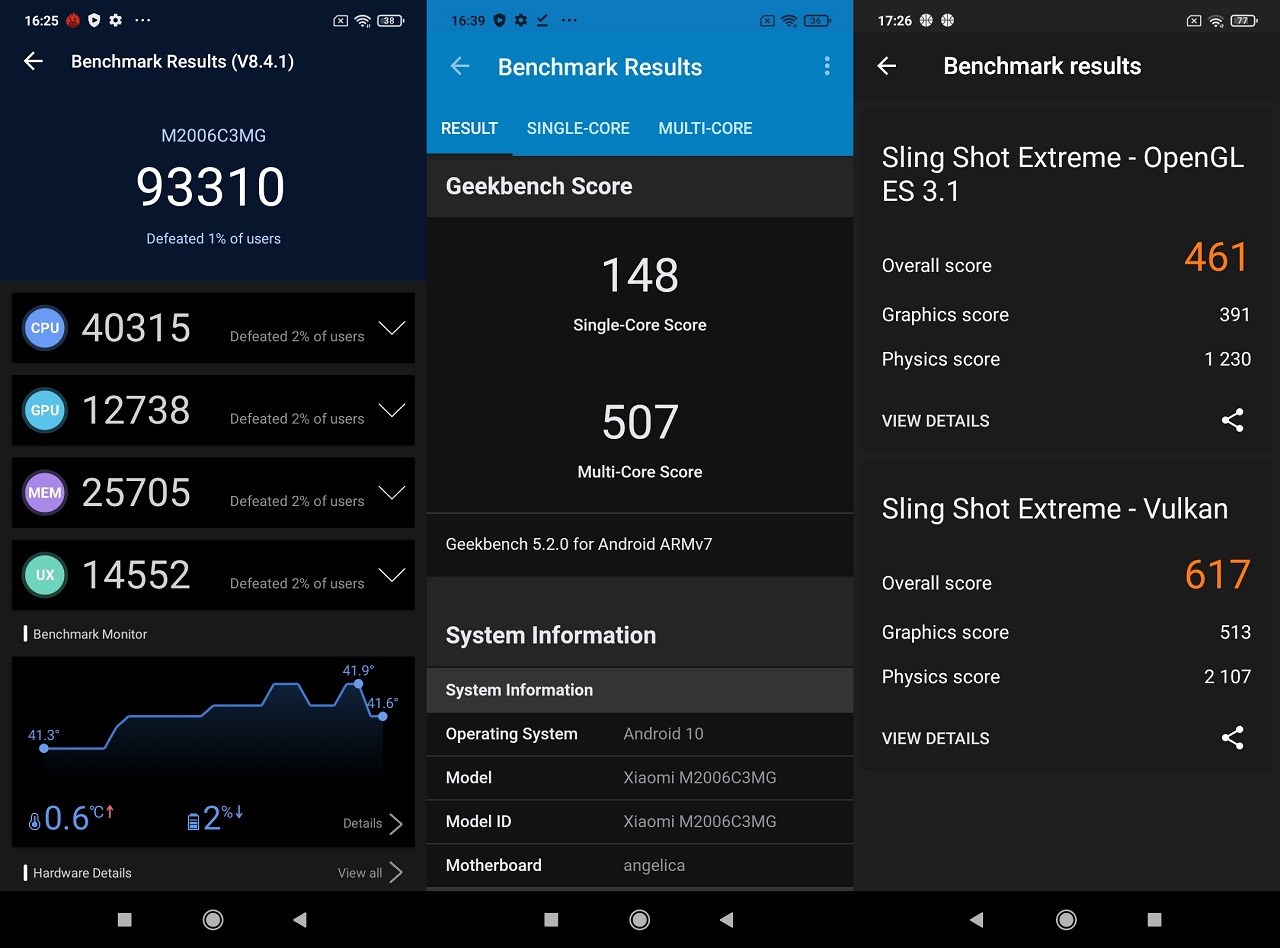 Given the small RAM, its multitasking capabilities are also limited. Basically, this configuration of the Redmi 9C is just for basic tasks and light applications. Check out the benchmark scores below:

Being an entry-level phone, the Redmi 9C only has the basic connectivity features. That means Dual-SIM support with 4G LTE, WiFi 802.11 b/g/n/, and Bluetooth 5.0. Given its big battery, this device is a great alternative to a pocket WiFi. 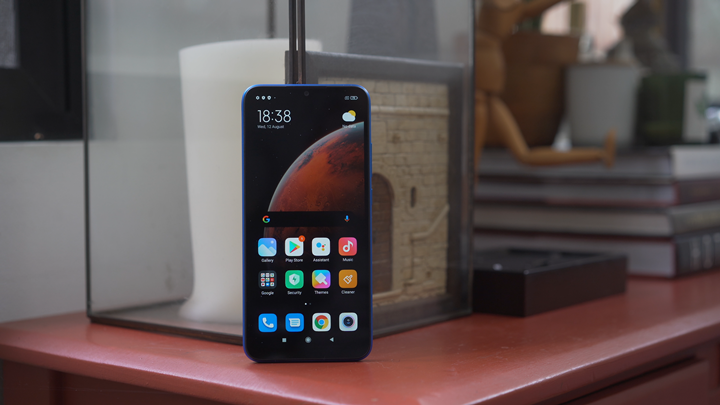 Speaking of battery, the Redmi 9C is equipped with a 5,000mAh battery. That should last you two days if you’re running light tasks and apps. In the PCMark battery test, the battery life was rated at 18 hours and 27 minutes which is great. Our video loop test, on the other hand, got us 18 hours and 48 minutes worth of playback. Charging is slow though as it only supports 10W charging.

The Redmi 9C exists to provide users with a smartphone with a large screen, capable performance, versatile cameras, and long battery life, without breaking the bank. At PHP 5,290 for the 2GB + 32GB model, this makes it one of the most affordable and compelling smartphones for its class. However, we recommend getting the 3GB + 64GB model for PHP 5,990, which is just an additional PHP 700. That would provide you better multitasking capabilities and more storage, and therefore, more value for your money. 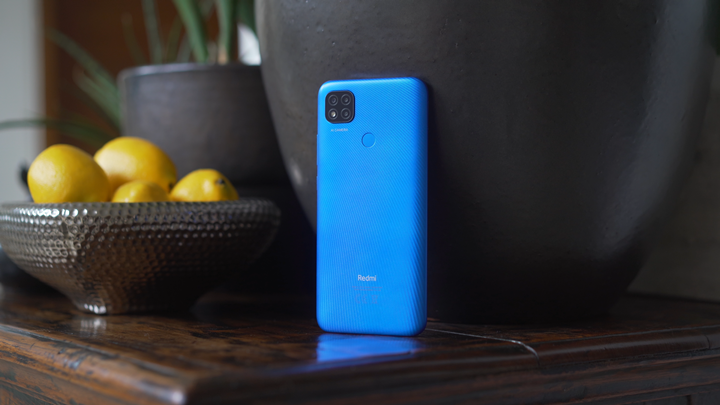