COVR Photo turns your iPhone into a candid machine

COVR Photo turns your iPhone into a candid machine

Smartphone cases come in all shapes and sizes. Some gives extra protection against elements like water or dusts, while some gives extra battery in case you’re in for a long haul. But this particular case, called COVR Photo, makes it easier for users to take photos without drawing too much attention to them or their iPhone. 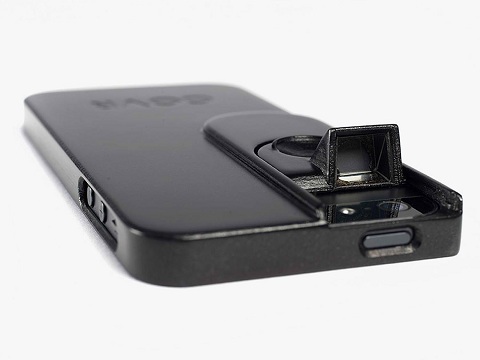 COVR case was invented by a veteran photojournalist named Thomas Hurst who, like any good photographers, appreciates capturing subjects in their natural state; unbothered by a camera pointing directly at them.

But even pulling out a fairly small device, like an iPhone for instance, and pointing it at someone can sometimes ruin the moment and eventually lead to a missed opportunity. 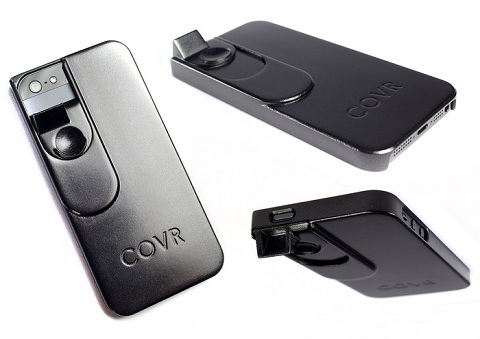 That’s exactly what Hurst was trying to address when he came up with COVR. With this case, users can hold the phone as they normally would and take pictures of their subject without them noticing it.

Thomas used a high-quality prism glass for the COVR’s lens and mounted it on the back of the case and sits just above the iPhone’s camera. All users need to do is slide the lens all the way up to take candid shots and slide it downwards to use the camera as usual.

Thomas Hurst and his team have taken their creation to Kickstarter with the hopes of raising eighty grand to take COVR to the next level. As of the time of writing, Hurst has already garnered a total of USD26,679 and he still has 29 days to go to meet the goal before the deadline.

If you want to learn more about COVR Photo or make a pledge for it, just head on over to its Kickstarter page located at the source link below.