With Elon Musk now acting as Twitter’s CEO and previously firing top directors and executives, Musk is now working on charging USD 8 per month for Twitter Blue with previous plans of charging it for USD 20 a month. 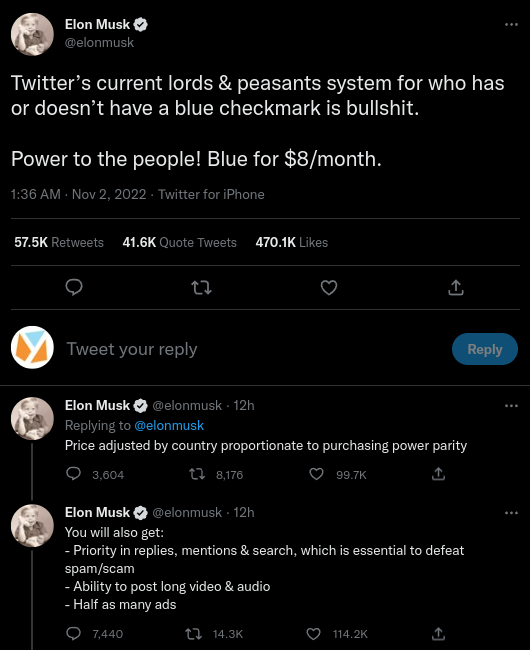 Furthermore, Musk expounded on his Twitter thread saying those who subscribe to Twitter Blue will get half as many ads, the ability to post long video & audio, and have priority in replies, mentions, & searches. 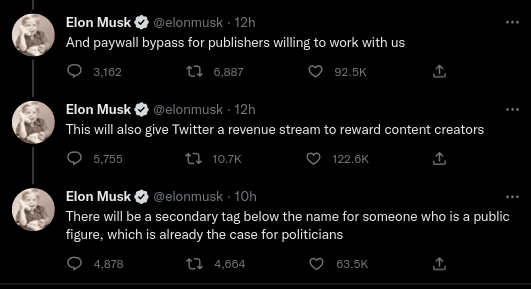 Musk also clarified that the USD 8 will be adjusted depending on the country and that a paywall bypass will be available for publishers willing to work with Twitter.

Twitter Blue had actually been previously launched last year, and for the most part, had remained a different type of service.

However, now Twitter Blue subscribers will no longer also have access to reading ad-free articles according to the Wall Street Journal.

We need to pay the bills somehow! Twitter cannot rely entirely on advertisers. How about $8?

This has also drawn some criticism, most notably from author Stephen King who had criticized that USD 20 was too much with Musk later replying that Twitter cannot solely rely on advertisers and that it will only cost USD 8.

To all complainers, please continue complaining, but it will cost $8