2015 is just around the corner and I’m sure that you are also hoping or wishing that the new year would bring better things compared to 2014. And for us at YugaTech, we are also looking forward to bringing you better news. So before we say goodbye to 2014, here are examples of headlines we wish to see in 2015. 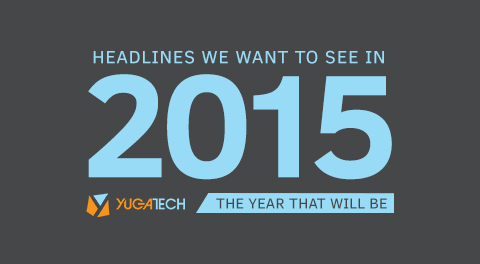 Philippine Internet: One of the fastest in Asia – a lot has been said about the status of the Internet in the Philippines. We all know it is one of the slowest and most expensive among Asian countries. A lot of proposals were put in place this year like IP peering, law amendment, Senate bills, and increased budget allocation for the NTC. We’re hoping that the efforts exerted in 2014 will finally bear fruits in 2015.

Google Fiber to arrive in the Philippines – This may not happen next year but since the article is technically a wishlist, we can include Google’s Fiber Internet service which offers speeds of up to 1000 Mbps. Just imagine the things you can do with that kind of speed. MRT to get new trains, upgraded systems – The aging MRT has been the talk of the town this year due to accidents, commuter inconveniences, and technical problems. Our lawmakers and corresponding government agencies are already aware of the problem and know that the mass transit system along EDSA needs a complete overhaul and upgrade. We just hope that the process goes quickly and efficiently so we can enjoy it next year.

Public transportation in the Philippines now safer, cleaner – It’s not just the MRT or LRT that needs improvement. Our public transportation needs a complete transformation as well. It is alarming to see the number of accidents and crimes that involves jeepneys, buses and taxis in 2014. Companies like Uber which provide better services compared to ordinary taxis are being restricted in the country. One of our wishes for 2015 is that our public transportation to drastically improve. We want to see more eco-friendly vehicles like the e-jeep and e-trike on the road as well.

SLEX to Baguio in 3 hours – If you Google “SLEX to Baguio”, the search result would show a travel time of 3 hours and 22 minutes, that is “without traffic”. Since the term “without traffic” is almost not applicable in all major roads in the country (like EDSA), the actual travel time could be significantly longer. This was experienced by Senate President Franklin Drilon who spent more than 11 hours on the road traveling from San Juan to Baguio. Drilon blamed the inefficient system of collecting toll fees in expressways and calls for a probe. Hopefully it works, so we can go to Baguio without spending the whole day on the road.

Freedom of Information bill passed into law – The Freedom of Information (FOI) Act aims to make the government transparent by mandating the disclosure of information pertaining to official acts, transactions, or decisions, as well as government research data used as a basis for policy development, regardless of its physical form or format. If passed into law, every Filipino will have the right to request such information from all government agencies, thus allowing them to participate and contribute in good governance. As of March 2014, the Senate passed the FOI bill on third and final reading. Hopefully the FOI Act finally becomes a law in 2015. 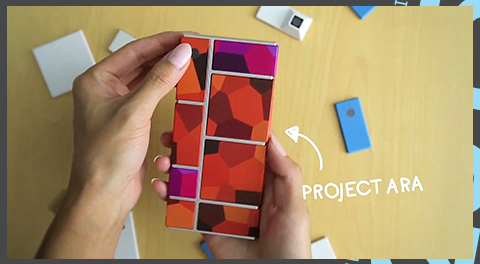 Project Ara officially launched – We’ve been reporting about the module-based smartphone that Google has been working on for quite a while now. A lot of people, including ourselves, have been looking forward to it not just because of its unique interchangeable parts that open up different possibilities, but also because building your own phone could generally be more affordable than current flagship models in the market. Finally seeing it available on store shelves would be something to look forward to.

Devices on Google Play now available in the Philippines – Not all of Google’s services are available here in the Philippines and one of them is Devices on Google Play which allows customers to purchase Google Nexus mobile devices, Chromebooks, other Google-branded hardware, and accessories. You can buy some of them through our local online sellers but you won’t be able to enjoy Google’s support and warranty for these devices. If Google can start selling their devices in the country, that would be great. Solar-powered homes becoming more common in the Philippines – We reported in November about SM North EDSA being the largest solar-powered mall in the country. Now imagine if every household can also have access to solar-powered systems. We can now lower our electricity bills as well as contribute to the environment by utilizing clean and renewable energy. Solar-powered systems don’t come cheap though but since Pag-IBIG now offers loans for purchase of solar panels, the idea isn’t too far-fetched.

Filipino students can now study at home using the Internet – In June, we wrote about House Bill 4161 that aims to institutionalize the open electronic learning school system that allows students to receive the educational services they need without having to go to their classes regularly. Once the Bill is enacted into law, hopefully in 2015, the new system will allow students to study on their own without having to regularly attend class in conventional classrooms. Students can use the Internet and other multimedia technologies as a learning alternative.

How about you guys, what headlines do you wish to see in 2015? Share your thoughts in the comments field below.