Our fellow countrymen seemed to have been trading their fat-assed CRT TVs for the thinner flat panel TV at an increasing rate according to a research done by GfK Philippines. In addition to this, 6% (37,000 units) of the total flat panel TV sold in the country are Internet-enabled TVs.

Although 6% isnâ€™t exactly a desirable figure to get manufacturers excited to bring in more Internet-enabled idiot boxes to our country, that’s actually a dramatic increase of almost 300% over the same time last year. The research firm’s General Manager Mr. Benny Villanueva believes that if this trend serves as a forecast to the future of Internet TV in the country, then Internet connectivity may very well be the next sought-after feature for Filipino TV buyers in the coming years. 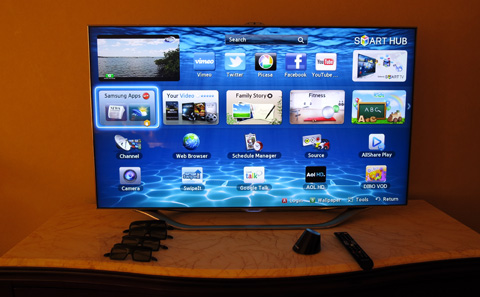 According to GfK, one of the main reasons behind this increase is the aggressive strategy of retailers and manufacturers in cutting the down the price of such TVs by around 20%. As a result, the price difference between traditional flat panel TVs and Internet-enabled TVs narrows down to a point that both TVs almost have the same price, making the latter a more practical buy than the former. In fact, some online retailers offers Smart TVs with a sub-Php20K price tag.

Another factor that the research firm believes to have contributed to this rapid growth is the flexible payment options such as 0% interest installment plan which makes it easier for consumers to own one of this fancy TVs. The research also suggests that apart from choosing a TV with internet connection over a plain TV, Filipinos also prefer the 32â€ models over other size offerings. According to GfK, one of every three Internet-enabled TVs sold in the country has a 32â€ screen.

We expect that the number of Internet-enabled TVs sold in the country will continue to increase as we inch closer to the holiday season because retailers will surely offer promos and discounts on their products.