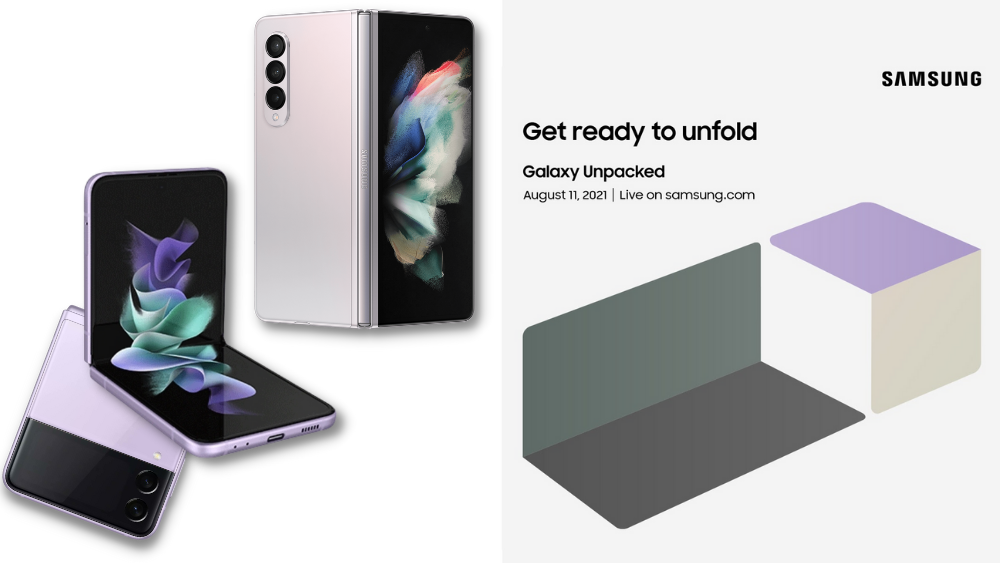 As seen in the images, the Samsung Galaxy Z Flip3 comes in a variety of color options: Light Purple, Gold, Dark Green, and Black. It maintains the same general design as its predecessor, but with a slightly larger exterior cover screen.

On the other hand, the Galaxy Z Fold3 comes in three colors. The Z Fold3 features a similar overall design compared to its previous models, but there are a few changes, including a less bulky rear camera module.

Moreover, various reports expect it to feature a faster processor and S Pen support. Plus, it is also expected to be the first Samsung phone with an under-display camera.

In another tweet, Evan also revealed both smartphones screen sizes and camera details. The Z Flip3 boasts 6.7-inch internal and 1.9-inch cover displays, while the Z Fold3 has 7.6-inch internal and 6.2-inch external displays. In addition, he also mentioned that both models are IPX8 rated.

The Samsung Galaxy Unpacked event will go live on the official Samsung website on August 11. Stay tuned to our page for more updates.