Dell is once again launching laptops designated to a certain demographic. This time, the Chromebook 11 and Latitude 11 Convertible were made to be robust and withstand the daily beatings of usage in schools. 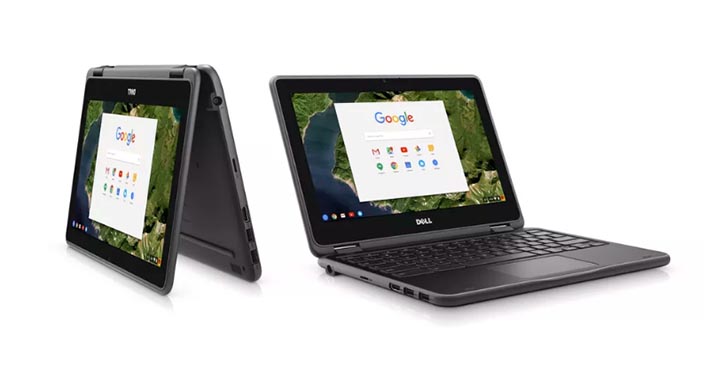 The Chromebook 11 Convertible, as the name suggests, has special hinges that allow its display to be flipped around and transformed from a laptop into a tablet for on the go functions. This Chrome OS model is capable of working with a stylus through its Dell Productivity Active Pen that you could acquire as an additional accessory. Since it’s meant to be used every day by different people in schools, it features rubberized trimmings to give it some resistance to shock and drops. It will also tolerate liquids spilled on its keyboard and trackpad since the company has sealed it off. Inside, it’s been equipped with a sixth-gen Intel processor.

Speaking of processing power, the model with the more advanced 7th-gen Intel chip and Windows 10 OS will be the Latitude 11 Convertible. Like the Chromebook, this variant is also sealed off for spill protection and was made to withstand accidental drops. All these newly-announced laptops will begin selling on February 17, 2016. The Chromebook 11 will be sold for $349 while the Latitude 11 will go for $579.