We got 3 units of MSI notebooks powered by the latest Intel Core i3 processors (CX620, CR420 and CX420) but despite having varying form factors and configurations, they all basically look alike. As such, we’ll start the review of the MSI CX620 and go from there.

The CX620 is so far, the largest notebook under MSI’s Core i3 series with a 15.6″ display screen. It’s a bit bulky and heavy, which is expected of its size. It’s not really meant to be carried around but could be a good candidate for a desktop replacement. 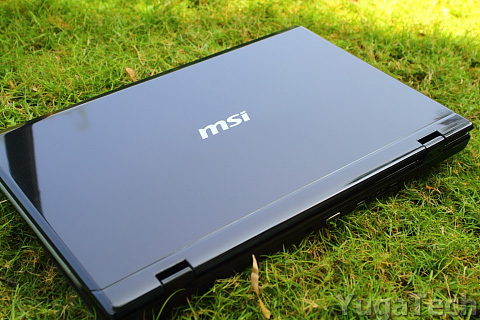 This is partly due to the combination of a built-in graphics (Intel GMA HD) for better battery life and a discreet graphics (ATI Radeon HD5470) for a bit more muscle in video performance. The two graphics can be easily switched anytime with a push of a button situated beside the power switch on the top right corner of the keyboard (one for Battery Boost and another one for 3D Graphics Boost). 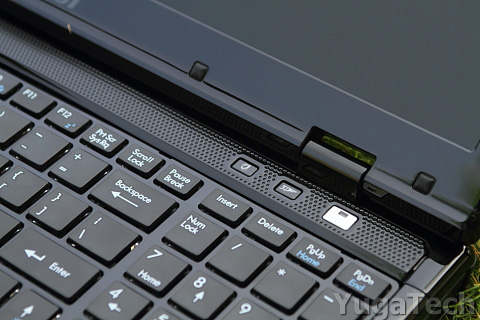 The notebook design is pretty simple with a glossy finish on the lid and a hint of black & white horizontal lines as accent on the cover as well as the palm rest. The keyboard is well-proportioned with the chiclet-type keys spaced-apart real well to make room for a separate numeric keypad on the right side.

We seldom see this keyboard type for laptops but it’s a layout that needs some getting used to. Of course, you get that benefit of having dedicated numeric keys and and extra (a 3rd) Enter key on the rightmost-side. 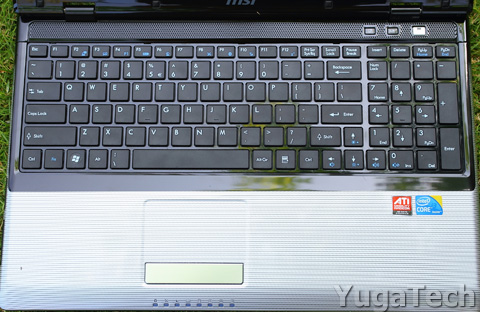 The large screen is bright and relatively crisp which is due to the glossy finish. The screen resolution is a mere 1366×768 pixels is a bit underwhelming considering the display size (I was hoping for something more, like 1600×1200 perhaps). As with most other glossy screens, the display is practically hard to use in the outdoors or against bright light sources. You’ll have to crank up the brightness level to 100% in order for it to be barely viewable. 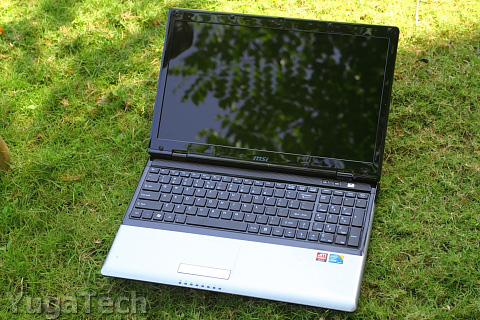 Storage is provided by a 500GB SATA hard drive with an internal DVD+RW drive. It only has 2 USB ports though but MSI added an HDMI port and eSATA port at the back as well a 4-in-1 card reader and ExpressCard. The placements of the ports are also bit out of the norm.

System performance is pretty decent and Windows Experience Index gave it a base score of 5.1, taken from the graphics performance. The 4GB DDR3 RAM got the highest sub-score of 7.1. What’s most intriguing is the sub-score for the CPU which is just 5.9 — it’s significantly lower compared to the 6.5 I got with the MSI CX420 which has the same CPU as the CX620. Will have to do some more investigation on that end.

Got in a bit of a problem with the wireless connection (WiFi 802.11 b/g/n) and wasn’t able to activate it with the function keys. 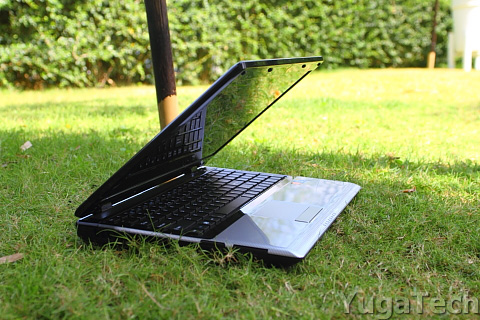 The 6-cell battery is rated at only 4400mAh can’t offer that much juice and BatteryBar records about 2.75 hours on a single full charge. Not really that efficient considering the amount of juice the ATI Radeon consumes but that’s already expected for this kind of system.

The MSI CX620 is one of the more affordable yet capable laptops running a Core i3 processor couple with a discreet graphics. The suggested retail price of Php39,990 is very competitive for its specs.