The realme Pad X is the latest addition to realme’s growing tablet offerings preceded by the realme Pad and Pad mini. The Pad X sports a 10.95-inch screen and is powered by the Qualcomm Snapdragon 695 chipset. It is aimed at users who are looking for a tablet for entertainment and productive needs. Is it worth getting? We’re going to answer that in this full review. The realme Pad X sports the biggest screen in the realme Pad series at 10.95-inch. It uses an IPS panel with the same resolution as the realme Pad at 2000 x 1200. It has slim bezels with an equal thickness on all sides and kind of reminds us of the newer iPads. 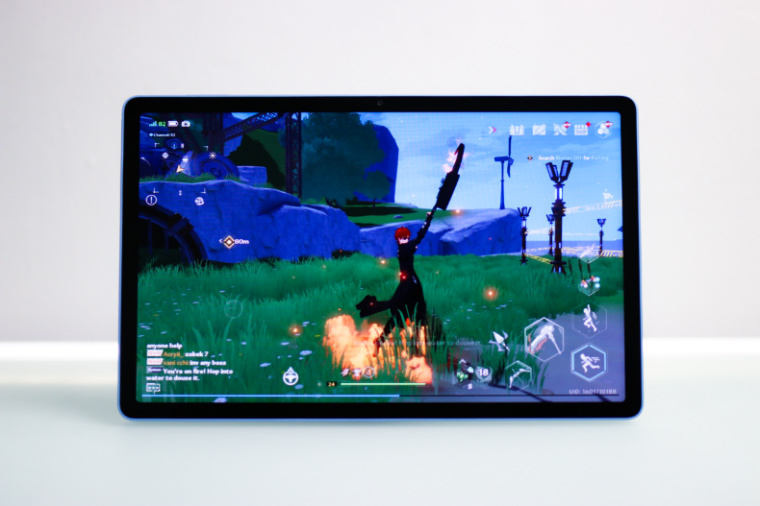 In landscape orientation, the 8MP front camera is placed at the top. There’s no fingerprint scanner on the display or on the buttons, so you’ll have to make do with a lock screen password or face unlock. 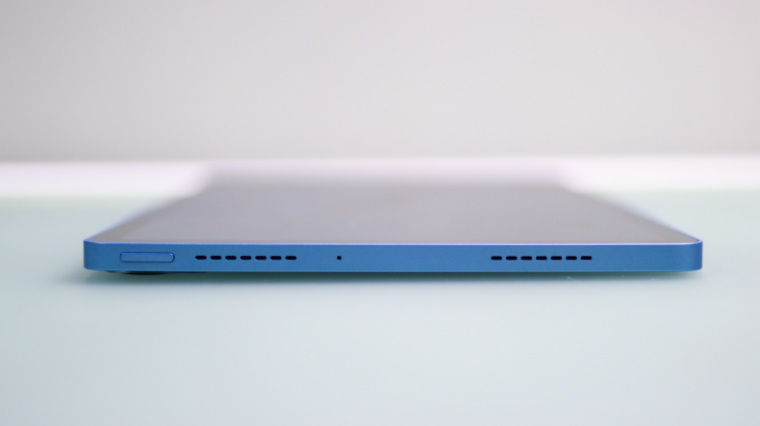 Still, in landscape, we have the power/lock button, two loudspeakers, and a microphone on the left side. 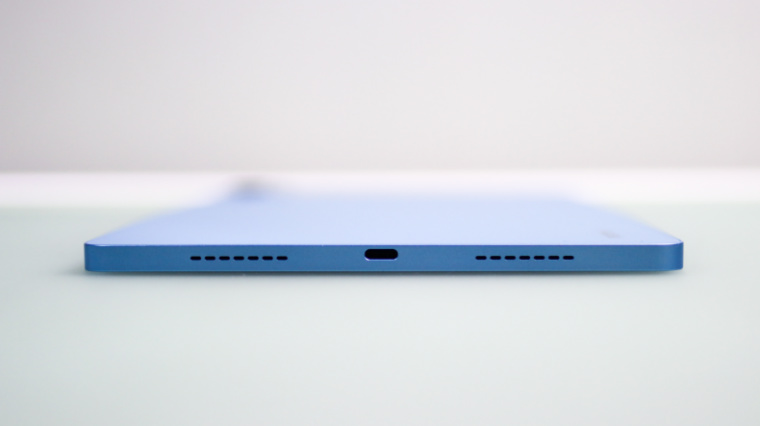 On the right, we have two loudspeakers and a USB-C port. 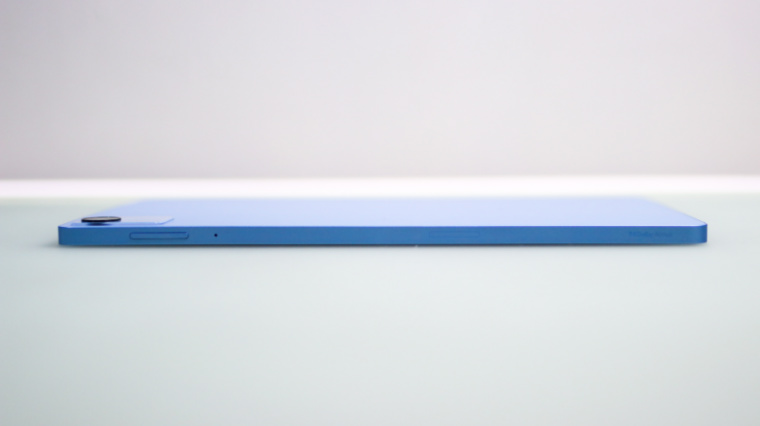 Up top, we have the volume buttons and microphone. The buttons are solid and clicky, and easily reachable with your left hand. 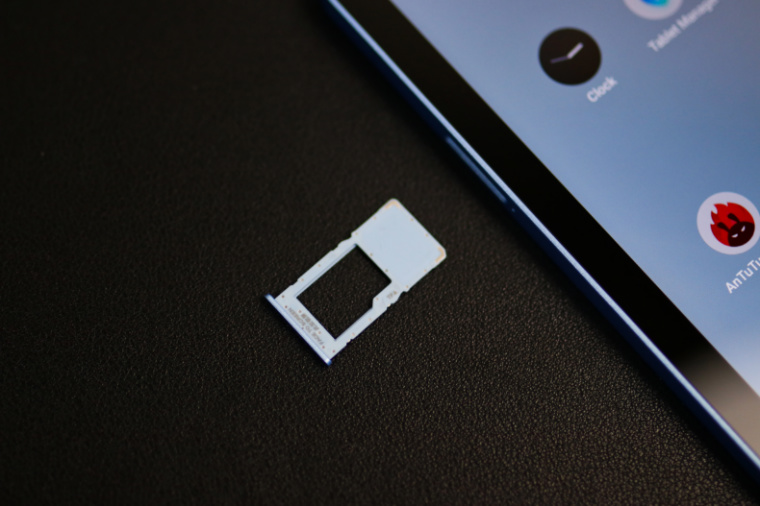 Down at the bottom is the card tray for the microSD card. 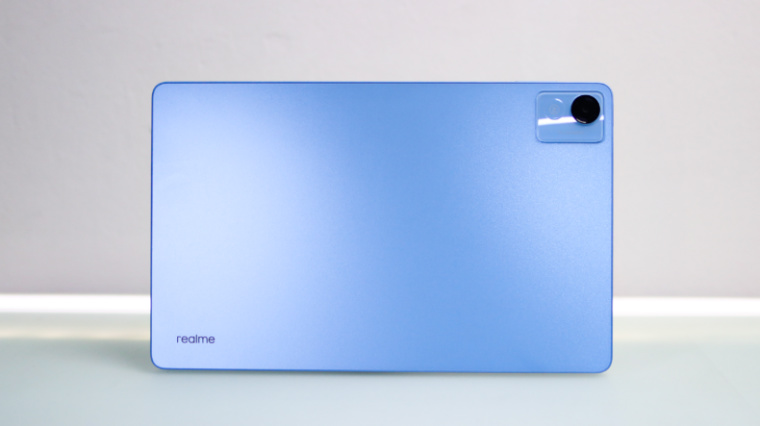 Flip it on its back and you will see the 13MP main camera. It’s placed inside a protruding glass-like frame which is a nice addition as the camera will look ugly without it. 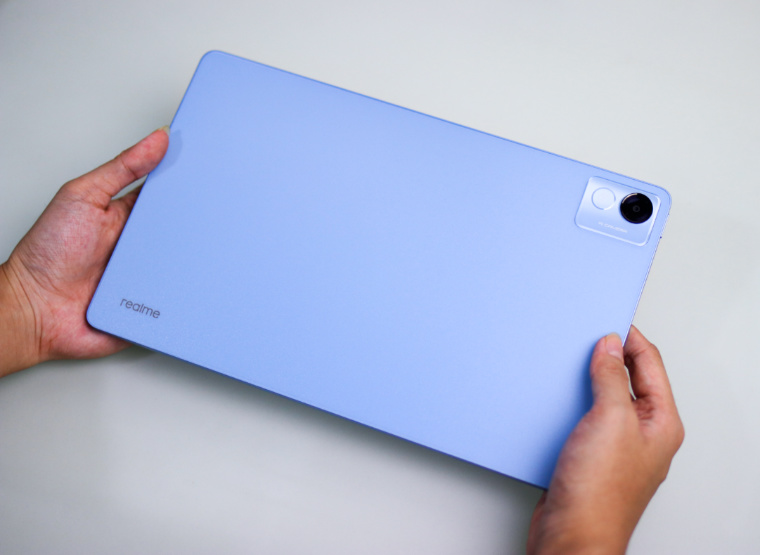 The realme Pad X uses a metallic frame with a pretty slim body at 7.1 mm so it’s easy to grasp. The bezel has enough thickness to help us hold it firmly without touching the screen. It’s hefty, though, at 499 g, so make sure it doesn’t slip from your hands and land on your face.

The backside has this attractive frosted finish, which is perfect for the Glacier Blue model that we have and also repels smudges and fingerprints well. The other color that will be available is Glowing Gray.

At the 10.2-inches with WUXGA+ (2000 x 1200) resolution or 213ppi, slim bezels, and an IPS panel, the realme Pad X is a great device to watch videos with. It may not have the deep blacks and punchy colors of an AMOLED panel, but it has accurate colors and wide viewing angles. 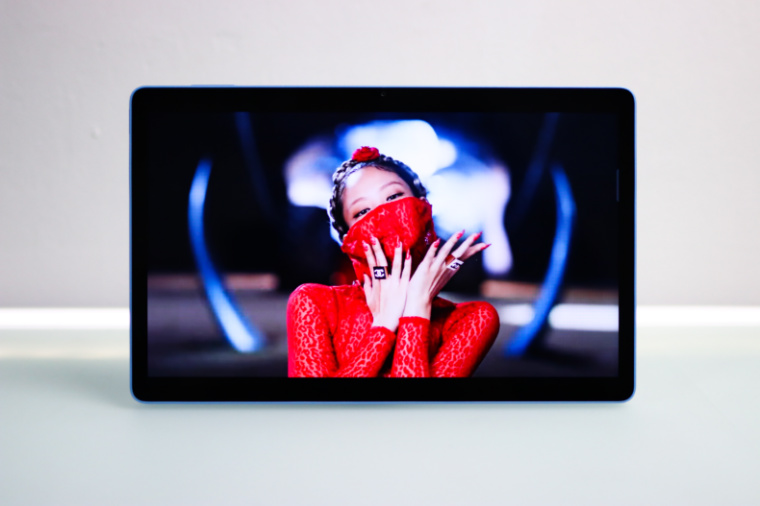 Should you wish to enhance the viewing experience, you can also activate the Video Color Enhancer inside the settings. It will provide an HDR effect to your videos and widens the color gamut as well. The only downside is that it will consume more battery, but I don’t think it will be an issue. 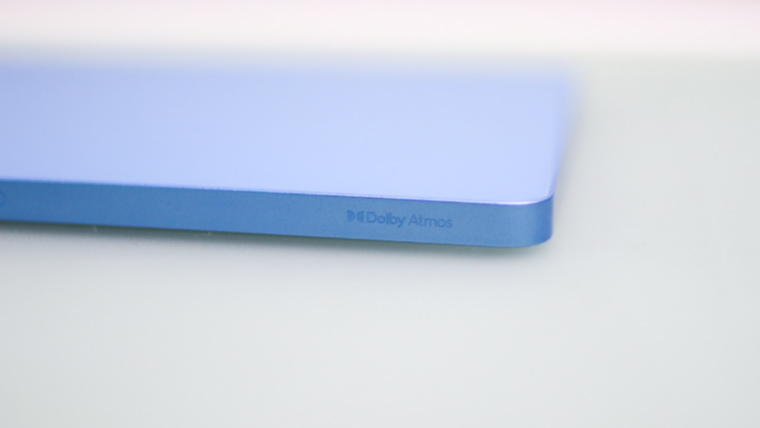 When it comes to audio quality, the realme Pad X shines. The quad-speakers are loud, crips, and immersive, thanks to Dolby Atmos. It could use some boost in bass but it’s already good enough to make the experience satisfying. There’s no 3.5mm audio jack, though, but you can use a USB-C adapter or go wireless. 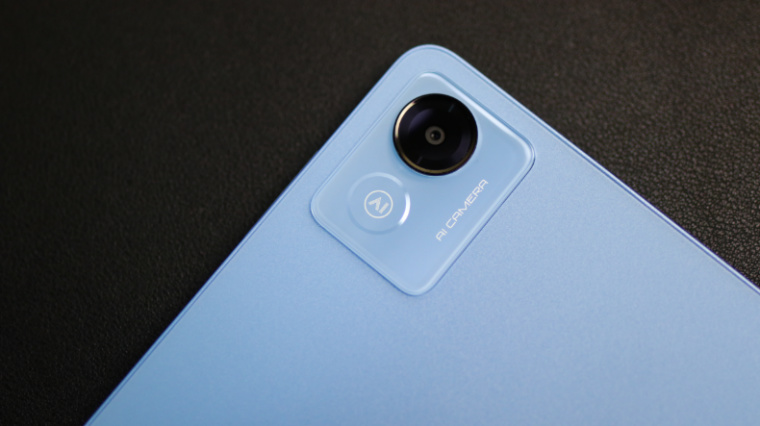 There’s nothing much to be excited about the cameras on the realme Pad X. We’re only getting a 13MP rear and an 8MP front. The quality is very entry-level, meaning the images are not as sharp and the colors are not as rich compared to smartphones in the market. 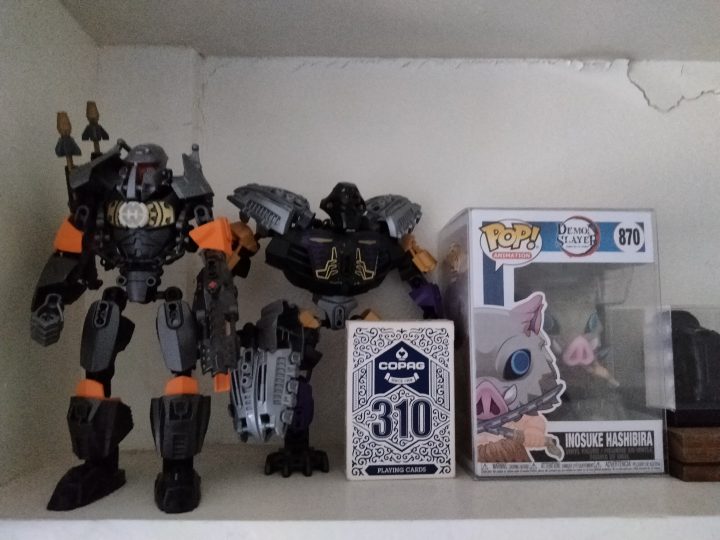 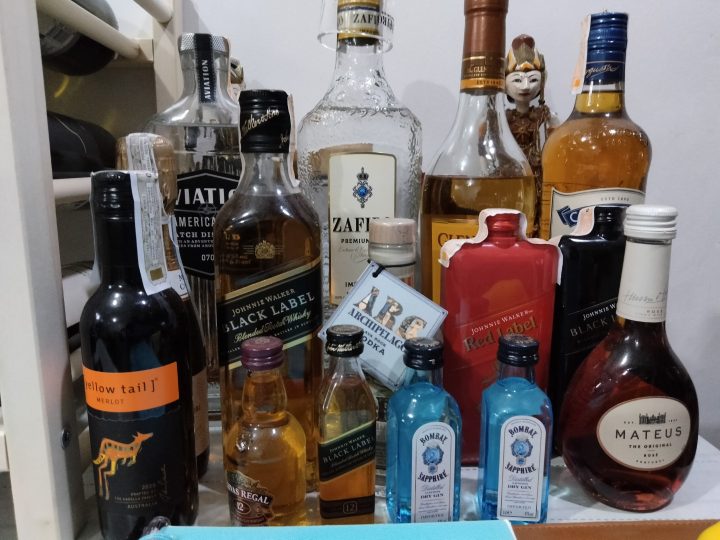 It’s a tablet, though, so we’re not expecting a lot, but the cameras are useful for taking photos that you can use for creative purposes or for taking on video calls. realme even included the feature called Limelight which keeps you in the middle of the frame in video calls.

Running the operating system is realme UI 3.0 for Pad based on Android 12. It looks like a stock Android OS with realme’s colorful icons, but with some tweaks to make it easier to navigate given the size of the screen, like the navigation buttons are resized and placed on either lower left or right sides, so your thumbs can easily reach them. 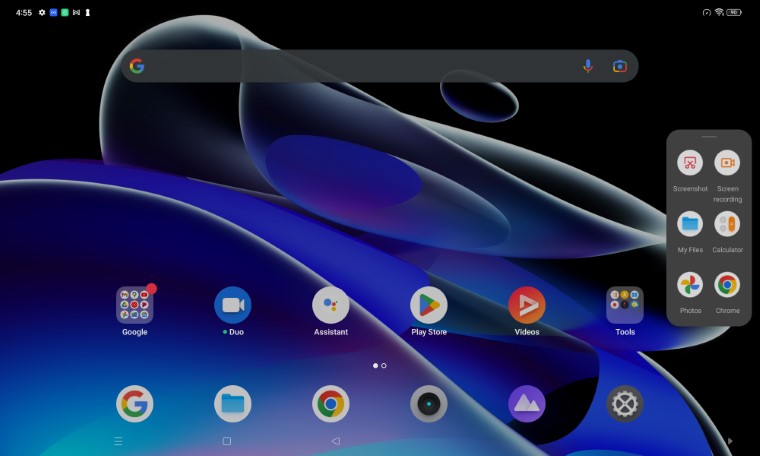 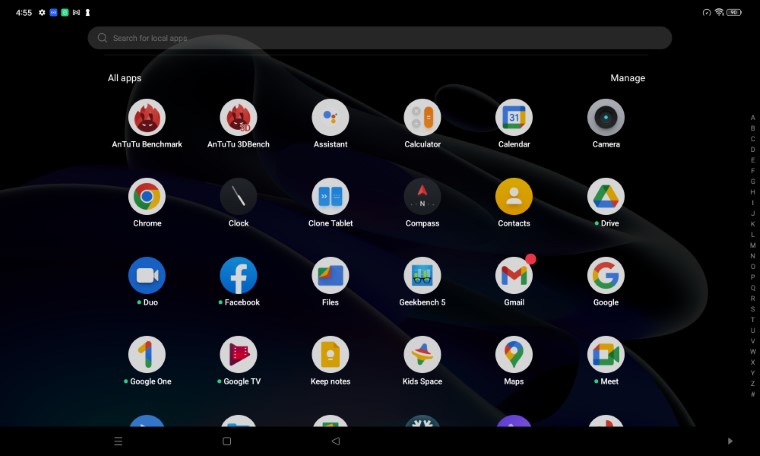 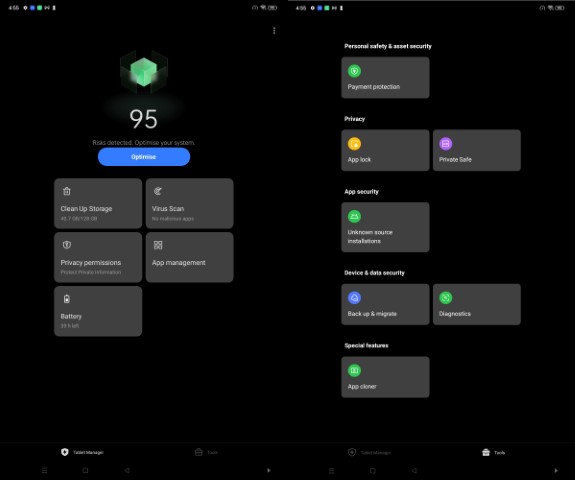 Although it has a decent 128GB capacity, we’re glad that realme didn’t pre-install useless apps. Most are from Google and they included Kids Space because they anticipate children using this tablet. Parents will surely appreciate this. Other than that, there’s Tablet Manager to help optimize the tablet, and App Lock, Private Safe, App Cloner, and Smart Sidebar.

Powering the realme Pad X is a 6nm Qualcomm Snapdragon 695 chipset with an octa-core CPU, Adreno 619 GPU, and 6GB of RAM. It’s a decent configuration for a mid-range tablet. It can handle games well. Storage speed is slow, though. And it wasn’t able to power our external USB-C SSD. 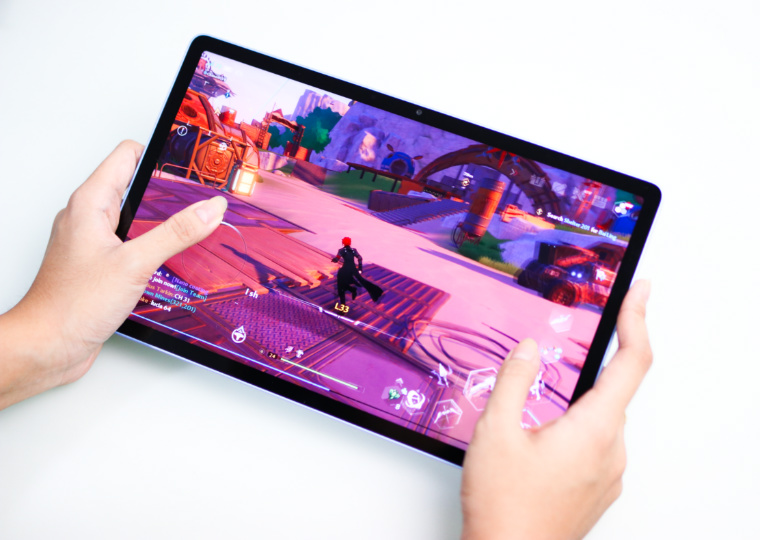 We were able to play Tower of Fantasy in its highest settings but not at 60fps. You can experience some drops in frame rate but so far, everything is playable. I’d say the performance is good for a tablet of this caliber. Check out the benchmark score below:

The realme Pad X that we have only has WiFi 5 connectivity, along with Bluetooth 5.1, and USB-C. It also has support for the realme Pencil and Smart Keyboard but those are sold separately.

The battery in the realme Pad X is at 8,340mAh, which is a large capacity. We are able to use it for more than 2 days without charging, using it mostly for watching videos on YouTube and Netflix, and some light gaming. Our video loop test got us around 24 hours of playback which is good. 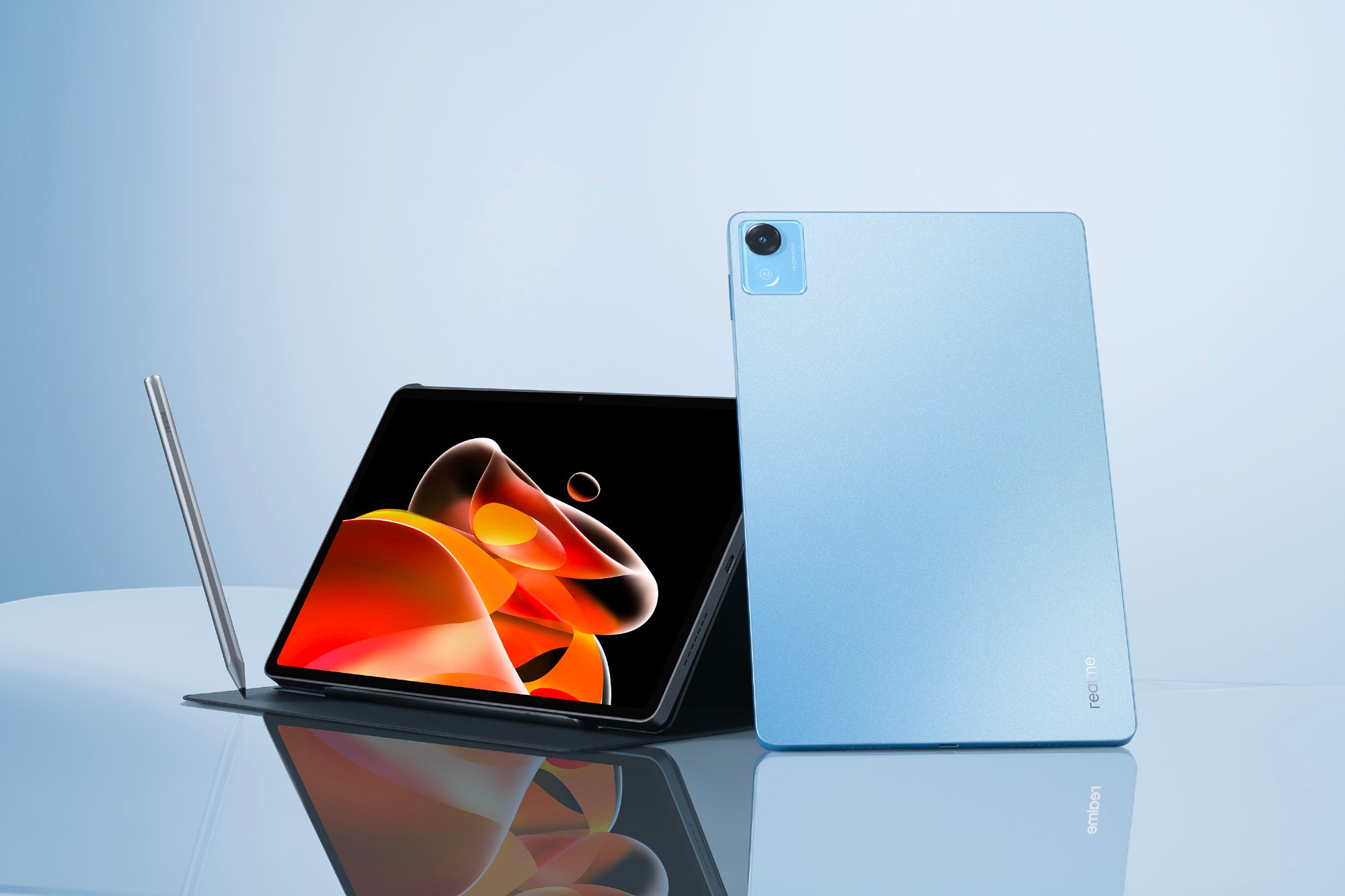 The realme Pad X is a good offering for those who are looking for a tablet with good mid-range performance. It has a nice display, immersive audio, and long battery life. It would have been nicer, though, if it could have supported our external storage. realme is also aiming this tablet toward creatives and those looking for a laptop alternative. However, they’re not bundling the Pencil and Smart Keyboard in the package. That would have been a very sweet deal for PHP 15,999.