Due to that Unli-LTE or Unli-Data brouhaha from the last couple of months, there has been a lot of complaints regarding the Fair Use Policy implemented by Globe. To address this mis-information, it looks like they’re now calling it the way it should be.

So instead of the Unli-Internet or the Unli-Data being offered as a base service to mobile postpaid plans, they’re placing the data cap right front and center. 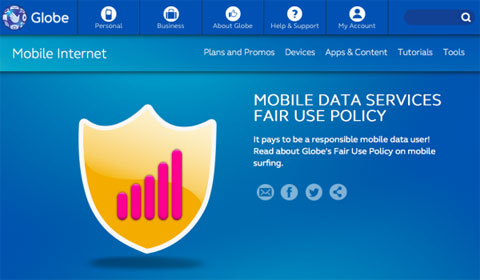 Hence, the previous Unli-Data which has been redefined by their FUP as 3GB of LTE then unlimited access to the 2G network is now a standard.

This move has been bared along with the announcement of the full Samsung Galaxy S5 postpaid plans.