Yesterday, Smart announced it is accepting pre-orders of the Samsung Galaxy Note 4. Shortly after, they also release he postpaid plans that allow subscribers to get the handset for free.

The expected release of the Galaxy Note 4 is sometime around the end of October, and interested subscribers may submit their pre-orders so they can get it for free with respective postpaid plans. 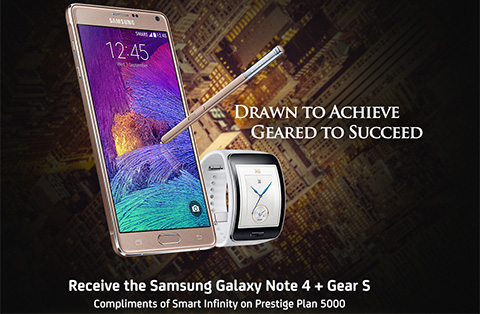 So far, Smart has just revealed which postpaid plans the Note 4 will be available for free. The lowest we’ve seen is Php3,500 a month for 30 months. Here’s the table oft he current postpaid offers.

Read more about our Galaxy Note 4 first impressions here and another story on 7 Reasons Why the Galaxy Note 4 is Samsung’s Best Ever.