Did you know Online Libel has been around since 2001?

It looks like the biggest issue of a lot of people with the Anti-Cybercrime Law (R.A. 10175) is the online defamation or online libel provisions. This is because everyone on Facebook or Twitter can now be held liable for their posts.

Contrary to what a lot of people think, the provision on online libel did not came into effect with the Anti-Cybercrime Law.

The Electronic Commerce Act of 2000 outlined that electronic evidence may be admissible in court.

The Rules on Electronic Evidence shall apply to cases pending after their effectivity. These Rules shall take effect on the first day of August 2001 following their publication before the 20th of July in two newspapers of general circulation in the Philippines.

Not just FB posts or a tweet but audio or video as well:

Audio, photographic and video evidence of events, acts or transactions shall be admissible provided is shall be shown, presented or displayed to the court and shall be identified, explained or authenticated by the person who made the recording or by some other person competent to testify on the accuracy thereof. 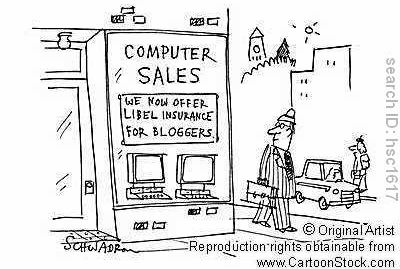 That law has now made the Revised Penal Code under Article 355 on Libel applicable to the use of internet.

Art. 355. Libel means by writings or similar means. â€” A libel committed by means of writing, printing, lithography, engraving, radio, phonograph, painting, theatrical exhibition, cinematographic exhibition, or any similar means, shall be punished by prision correccional in its minimum and medium periods or a fine ranging from 200 to 6,000 pesos, or both, in addition to the civil action which may be brought by the offended party.

The one on “or any similar means” may include Facebook, Twitter, blogs, etc. An example of a huge online libel case was filed back in October 18, 2005 by the Yuchengco Group vs. the planholders of PEP plans regarding statements they posted on pepcoalition.com and pacificnoplan.blogspot.com.

The first libel case because of Facebook was filed in 2009 by Dr. Vicky Belo against writer-lawyer-activist Atty. Argee Guevarra {source}. The case was later dismissed.

As a side note, this author was also sued for online libel in 2006.

What the Anti-Cybercrime Law did was to clearly outline what online libel is and basically doubled the penalties.