The Philippines now has an average internet speed of 3.2Mbps, according to the recently-released State of the Internet Connectivity Report from global cloud Enterprise Akamai for Q4 2015. 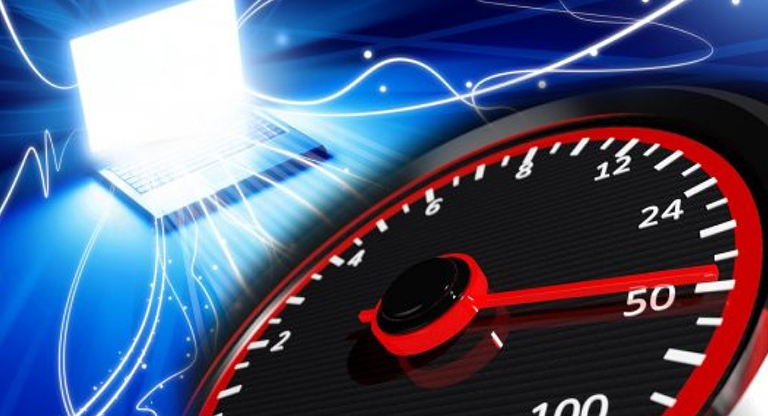 This comes over the heels of Q3 2015’s dismal 2.8Mbps speed after surging to 3.1Mbps in Q2. This meant an 12% increase from the previous quarter, and an additional 18% from the same period last year. Peak speed also increased slightly, which is now at 27Mbps.

High-speed broadband subscription also increased, as household with over 4Mbps subscriptions recorded an additional 18%, while Filipinos with internet speeds over 10Mbps now take up a smaller 1.8% of the total count. Akamai’s report also recognizes efforts done by both Globe Telecom and PLDT as they race to install more fiber cables in areas and offer 1Gbps speeds on over 1,600 locations.

For a historical graph, look at this chart: 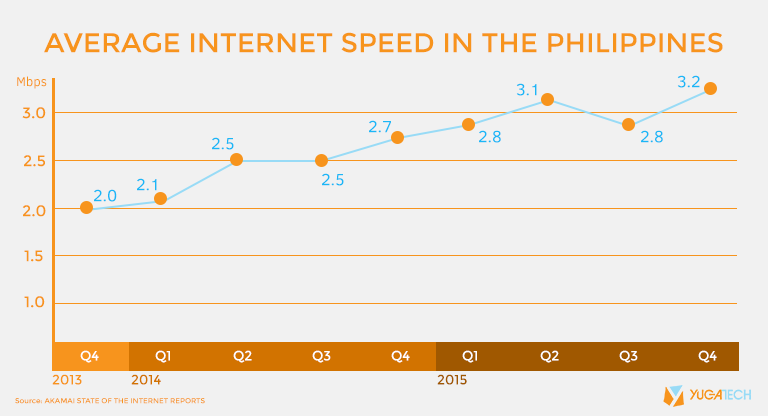 The bad news? Well, we’re still the second lowest among surveyed Asian Pacific nations in the report, just right above India which reportedly has a 2.8Mbps speed. Our average speed puts us at 107th ranking globally in Akamai’s Q4 2015 list. 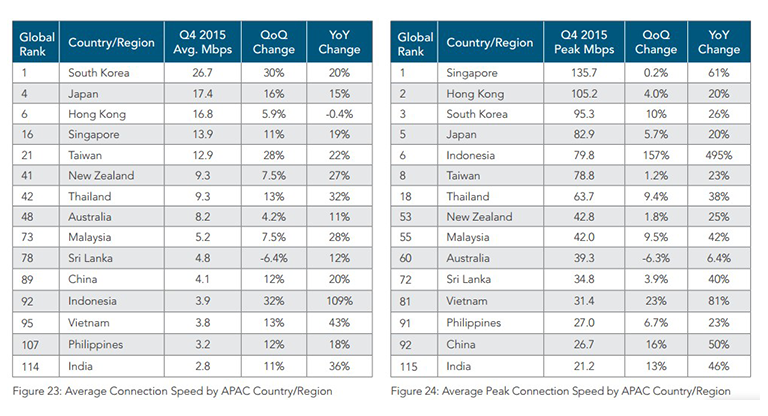