We got our hands on another action camera and this time it’s from Garmin. Announced late last year, the VIRB is the company’s first time to join the sports camera category as the company decides to take a break from producing sat-nav devices. Could the Garmin VIRB Elite offer something new that users haven’t already seen?

We have the video version of this Quick Review below showing more of the VIRB Elite and its sample videos. Enjoy! 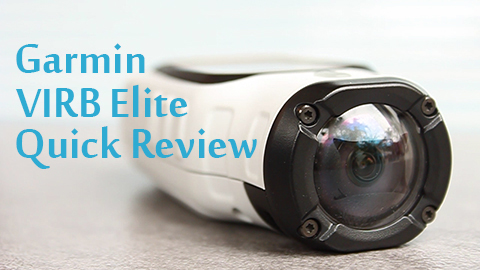 We’ve seen the GoPro’s box-like form factor as well as Sony’s slim Action Cam, but the VIRB Elite has its own thing going on. It rocks a form factor that’s meant to be placed right in the palm of the hand like holding a flashlight with all its buttons on the side. In addition, its body feels solid, durable, and has an IPX7 rating for water resistance. 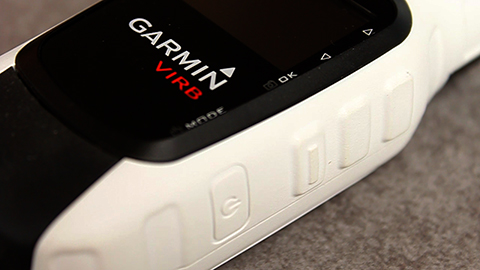 On the right we have the Power, OK, and navigation buttons lined up while on the left is the Record function. Instead of a usual button Garmin designed it to be a toggle which, according to our experience, is easier to operate compared to pushing the Record button inside the waterproof case of a GoPro. All the connectivity is hidden under the rubber flap at the base of the camera. 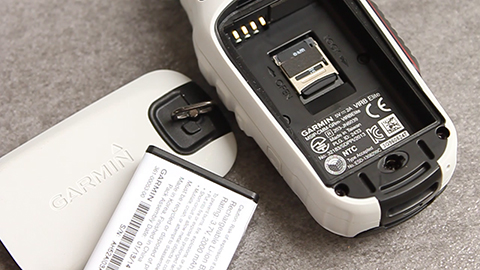 Up top is where the 16-megapixel CMOS sensor is seen. Its resolution doesn’t go up to 4K like the GoPro Hero 3+ but it shoots Full HD videos and offers a variety of shooting modes. At the back, we have the compartment for its 2,000mAh battery and microSD slot. As far as mounting systems go, the package only includes basic mounts like arms and double adhesives. The waterproof dive case shown in the video is an optional accessory. 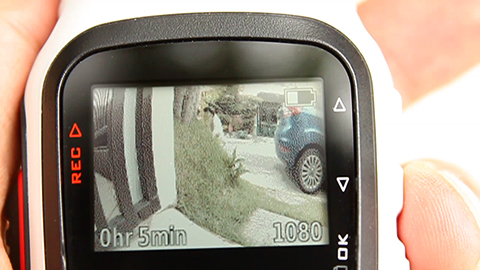 The VIRB Elite has a built-in 1.4-inch Chroma display which uses way less battery than back-lit LCD screens. It’s not as clear and detailed as an LCD but it does the job effectively when you want to check your angles and preview the shots. Although one downside of not having a back-illuminated display is that you wouldn’t be able to see anything on the screen when you’re in the dark. At night we had to go near a light source just to see the settings on the screen. 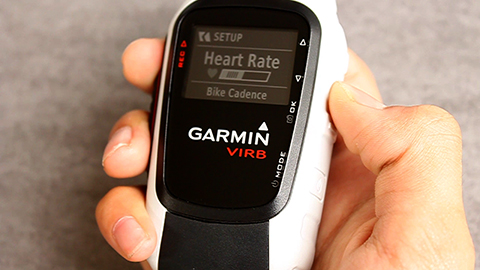 One of the features unique to Garmin’s action camera is its ANT+ connectivity capable of being paired with the company’s other tracking devices. Users can sync them up with the VIRB to monitor heart rate, cadence in biking, altitude, and temperature (all the additional information can then be shown in the video). It also has GPS to map your route and Wi-Fi that can be used to control the VIRB from a wireless device. Browsing through the menu we see a handful of settings depending on what output you want to see: There’s wide angle mode, zoom, slow-motion, time lapse, and more.

Refer to the video for some sample footage.

Its 2,000mAh battery is impressive and definitely lasts longer than the GoPro’s 1,180mAh battery. The company claims it can last up to three hours of continuous 1080p recording. In real life usage, it took us four sessions (about 30-40 mins each) before it got juiced out. 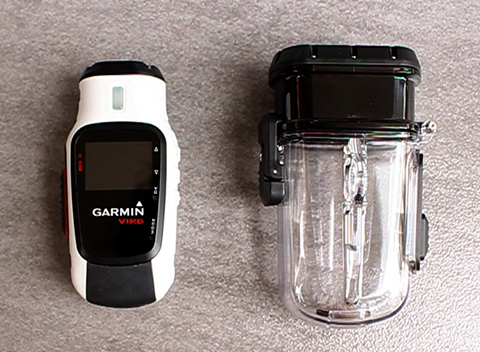 Overall, we have a love-hate relationship with the VIRB Elite – we didn’t like how it somehow looks like a vitamin bottle, but it’s for this same reason that operating the camera is a very refreshing experience. And while its screen is useless in the dark it saves up precious battery life for more recording time. Lastly, it offers new functionalities on top of being just an action camera.

If you’ve been a Garmin user and want a more technical approach to your videos showing all your stats then the VIRB is something you’d want to invest in and add to your Garmin collection.