Originating from China, Baseus is a digital accessory brand under the Shenzhen Times Innovation Technology Co. Ltd. The brand’s name means “Based on Users,” committing then to create and develop products for users. We’ll be doing a quick look at a couple of products from the brand, namely the Double Fast Charging USB Cable, Mini JA Power Bank, and the Encok Wireless Headphones. Check them out. 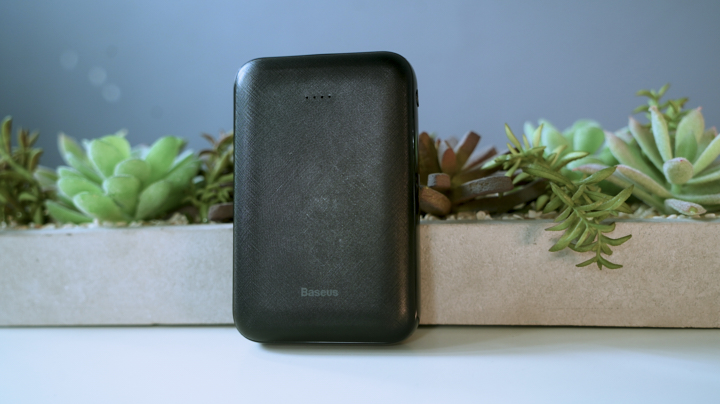 First up is the Baseus Double Fast Charging USB Cable in color Black. The cable’s material is made of braided stretch polyester, with the charging heads made of zinc alloy. It’s said that braided cables can better withstand daily usage. While the cable feels soft, it has a thickness to it that alludes to how firm it can be. The cable is suitable for USB-C devices. Just as it name says, the cable supports VOOC charging and even Huawei Super Quick Charge. 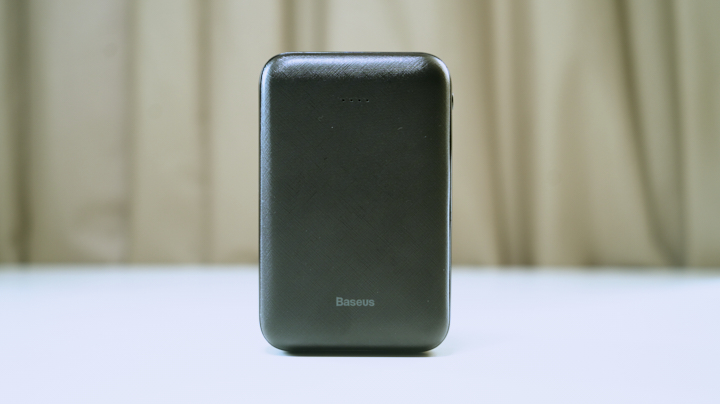 Next up is the Baseus Mini JA Power Bank 10000mAh. This power bank is available in white and black, with our unit here in the latter color. As its name implies, indeed it’s small in size and can fit in the palm. Even with the large battery capacity, the Mini JA Power Bank only has a slight weight to it and doesn’t make you feel like you’re carrying a rock in your bag. After all, the point of power banks is to be portable and handy. 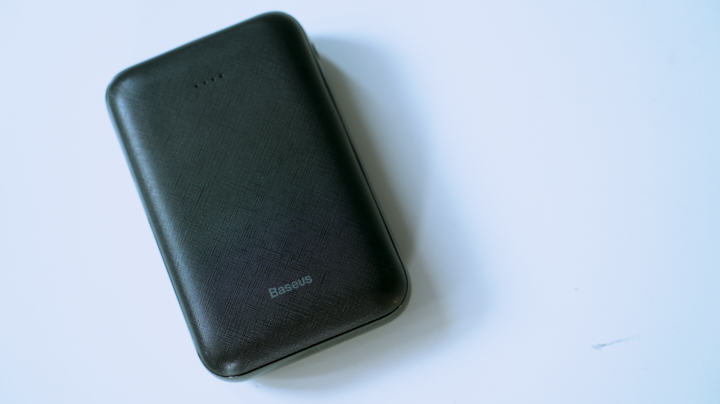 The body has a textured pattern to it, while the surrounding frame has a smooth feel to it. At the top are the indicator lights, while the lower half has the Baseus logo printed on it. Because of its rounded corners and that the sides aren’t exactly flat, it’s not possible to set this power bank upright unless it has something to lean on. 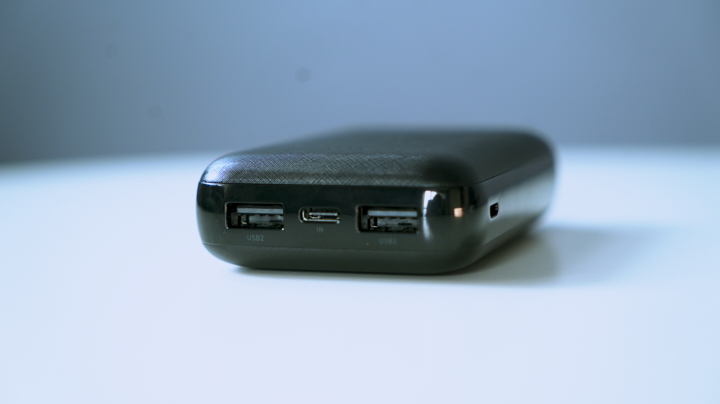 This power bank is pretty straightforward. At the top, we get two USB-A output ports, while in between sits a USB-C input port. 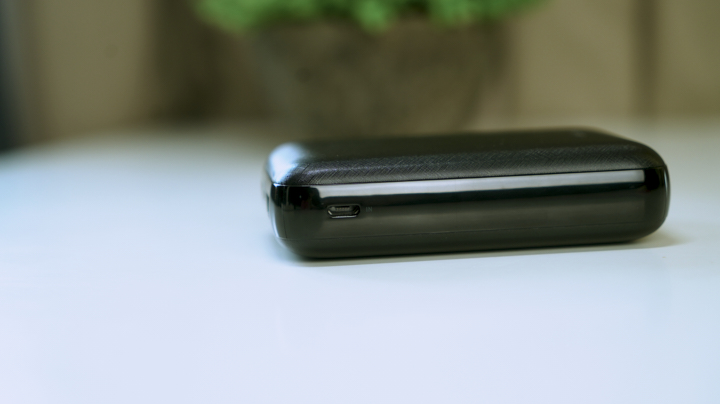 On the left, we get a single micro USB input port. While on the right sits the power button to switch the power bank on and off. 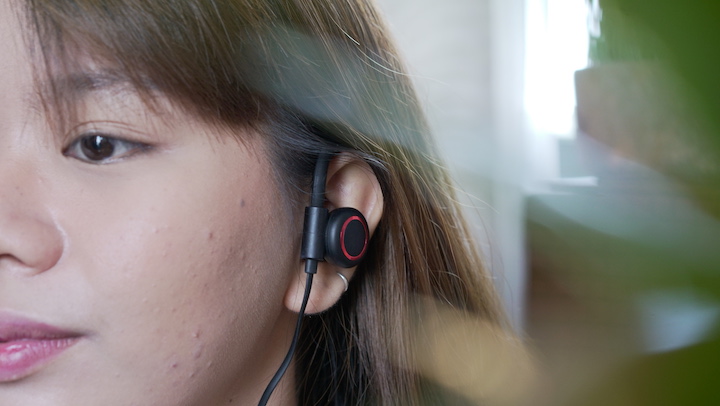 Last but not least, we have the Baseus Encock Wireless Headphones. Similar to the Mini JA Power Bank, the Encok Wireless Headphones are available in either Black or White, with ours in the former color. Baseus uses the color red to put an accent on the earphones. The earphones’ outer part looks a little large, and it has hooks on it as well. The hooks are made of silicon, and while they’re soft and bendy, they do return to their original shape. If you don’t feel like using the earphones, you can hang them around your neck and lock them in place as the earphones are magnetic and will stick to each other. The in-ear earphones have the default large cups attached to them, but Baseus has included smaller ear cups in-box. I have small ear canals, so I had to change the cups to fit them better. If you’re not used to in-ear headphones like I am, one might find them slightly uncomfortable at first, but they do become cozy in a while. They’re pretty light as well, and you might end up forgetting you’re wearing them if not for the music coming out of the earphones. 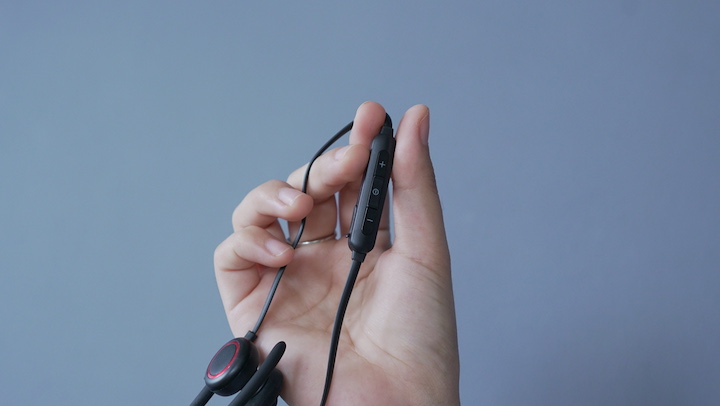 Baseus has equipped a three-key remote on the Encok headphones. One can see the power button and volume buttons on either side of it. At the side of the remote sits a micro USB charging port hidden under a small hatch.

The Encok Wireless headphones support Bluetooth 5.0, has IPX5 waterproof resistance, can be used as a hands-free headset, and has about 7 hours of battery life.

The Baseus products are priced as follows:

Which Baseus product caught your eye the most? Let us know in the comments!