During a dialogue with Senator Maria Imelda “Imee” Marcos at the signing of a memorandum of understanding on spreading development to the regions between the Philippine Economic Zone Authority (PEZA) and the Department of Environment and Natural Resources (DENR) last Tuesday, May 31, the Semiconductor and Electronics Industries in the Philippines Foundation Inc. (SEIPI) indicated that up to USD 3.6 billion worth of potential investments in the electronics industry were set to be committed elsewhere.

SEIPI had attributed this “capital flight” to the current policy trend implemented by the Filipino government.

“There are lots of concerns and what happened is capital flight. We have about five companies already to the tune of USD 3.2 billion that moved to Vietnam, Thailand, and China, move means instead of investing in the Philippines. And there is another USD 400 million for a total of 25,000 workers that we may lose,” said SEIPI President Danilo “Dan” Lachica. Among the reasons cited by SEIPI include the rationalization of fiscal incentives as result of the CREATE Act, the ocular inspections being conducted by the Bureau of Internal Revenue (BIR) and the Bureau of Customs (BOC) on PEZA locators as part of their audit processes, and the “return to office” (RTO) or “back to office” mandate for PEZA-registered enterprises, risking non-compliant firms still implementing work-from-home (WFH) or hybrid schemes to lose their tax incentives.

For their part, IT & Business Process Association of the Philippines (IBPAP) President and CEO Jack Madrid raised the possibility of FIRB passing a resolution allowing a hybrid model: 70 percent on-site and 30 percent WFH.

Meanwhile, PEZA Director General Charito B. Plaza reported during the meeting that BIR has already suspended its audit of PEZA-registered enterprises, maintaining that they continue to grant letters of authority to allow up to 30 percent WFH, particularly for BPOs.

See also  Webcams you can buy under PHP 10K

In relation to the ongoing WFH issue, Management Association of the Philippines (MAP) President and nominee for Department of Trade and Industry (DTI) Secretary Alfredo Pascual expressed in a recent media interview his openness for a hybrid work setup.

“It could be a guideline, but I don’t think we can force application of that to all types of business,” said Pascual in referring to the 70 percent on-site and 30 percent WFH currently allowed by PEZA for firms with letters of authority.

“My position there is we leave it up to the management of the company to decide what’s best for them, and I think they will pick the best decision because their decisions will be anchored on the viability of their business. So it’s something that I don’t think we can regulate. And we should not,” he expounded.

Pascual was earlier named by President-elect Ferdinand “Bongbong” Marcos, Jr. as the next DTI secretary. 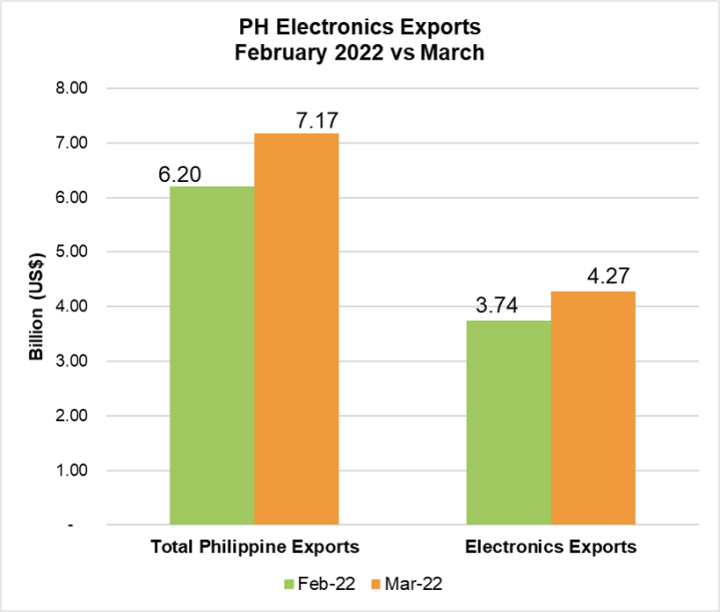 SEIPI reported last February that the electronics sector surged by nearly 13 percent on a yearly basis compared to its 2020 values with USD 45.92 billion worth in exports as of 2021. The 2021 record was also higher than the pre-pandemic level of USD 43.32 billion as of 2019. According to the Philippine Statistics Authority (PSA), electronics remains to be the nation’s top export product group entering into 2022.

Nonetheless, SEIPI cautioned that existing “regulatory roadblocks” might hamper the robust growth of the electronics industry, which they forecast to be another double-digit showing at 10 percent for the entirety of 2022. Their hopes are currently pinned on the next administration to resolve the issues being raised.