A momentary break from all the CES craze. Convergys Corporation and Stream Global Services, two of the country’s leading BPO companies, stated that they will enter a definitive merger agreement under which Convergys will pay its private equity owners a sum of USD820M to acquire Stream.

Through this acquisition, Convergys is looking to expand its reach by adding Stream’s client base which includes tech companies like Dell Inc., Hewlett-Packard, Microsoft and Western Digital. 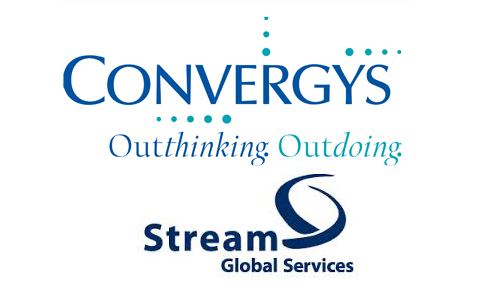 The Cincinnati-based company is expecting a $0.35 increase in earnings-per-share in the first 12 months after inking the deal. Convergys is also looking at an estimated shared revenue exceeding USD3 billion once it’s all said and done.

The news the about definitive merger agreement between Convergys and Stream caused an upsurge on the former’s shares by almost 20% and closed at USD20.86 after the bell rang on Monday at the NYSE.