I.T. industry, among the highest paying for fresh graduates

I.T. industry, among the highest paying for fresh graduates

JobStreet.com recently published their Annual Salary Report showing which industries give the highest paying jobs for fresh graduates in the Philippines. Among them are the Information Technology, Telecommunications, and BPO industries. 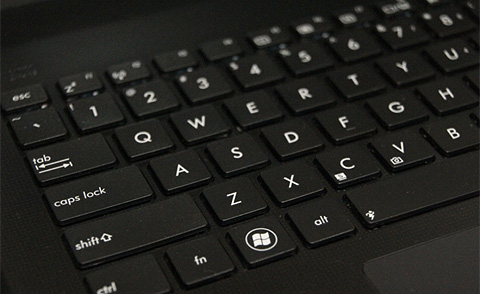 For the top 10 industries, the Telecommunication industry ranked 2nd with an average salary of Php19,975 per month. Followed by Computer / Information Technology (Hardware) at Php18,963/mo, and Computer / Information Technology (Software) at Php 18,863/mo. The Call Center / IT-Enabled Services / BPO industry ranked 7th at an average of Php17,711/mo. 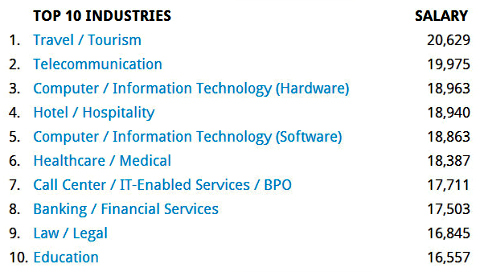 IT is also among the highest paying specializations. Taking the top spot is IT/Computer – Hardware with an average of Php19,447/mo, followed by IT/Computer – Software at 4th place with Php18,940/mo. 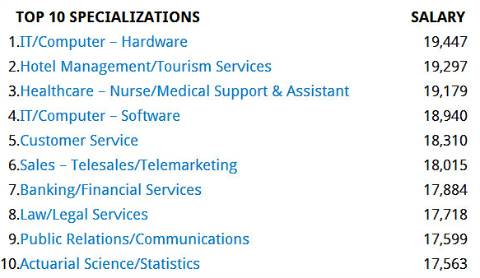 The list of jobs for fresh graduates with highest salaries has been determined using the average salary of all specializations for fresh graduates, based on actual job postings of employers on JobStreet.com.ph from January 1 to December 31, 2013. The basic salaries shown do not include other forms of compensation such as leave credits, medical benefits, insurance, and incentives. – JobStreet.com