Huawei has finally unveiled its latest high-end smartphone lineup, the P50 series. Leading the line is the Huawei P50 Pro, which now comes in two versions. It is powered by a Kirin 9000 or Qualcomm Snapdragon 888 4G processor (Yup, 4G). So, what improvements does it offer over its predecessor, the P40 Pro? What’s changed? And, did it even improve, though? Find out in the specs comparison below! 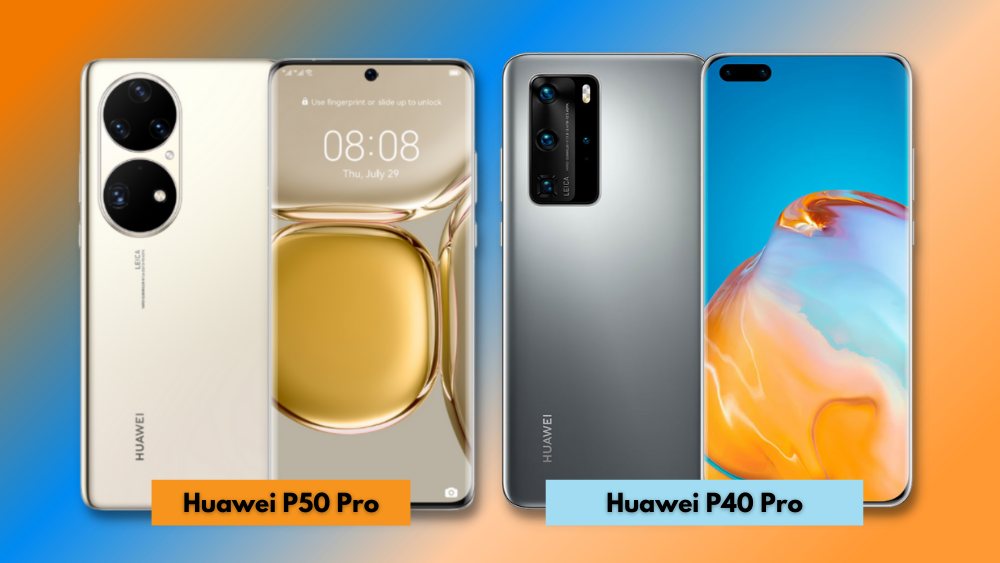 As you could see, the Huawei P50 Pro has a long list of changes/improvements. But, despite having several improvements, it also seems to downgrade in some aspects compared to the last year’s P40 Pro.

The Huawei P50 Pro sports a slightly larger screen at 6.6-inch. It retains an FHD+ OLED curved display but with a higher resolution of 2700 x 1228. It also got a smoother refresh rate of 120Hz, compared to the P40 Pro’s 90Hz. In addition, the latest smartphone now boasts a 300Hz touch sampling rate, giving users a snappier experience when gaming or using applications.

The P50 Pro comes in two versions: one powered with Kirin 9000, and the other is equipped with Qualcomm Snapdragon 888 4G processor. The previous model comes with the HiSilicon Kirin 990 5G processor.

Checking out their processors’ AnTuTu 8 Benchmark scores, the Snapdragon 888 (717,837) beats the Kirin 990 5G (499,949). Also, the Kirin 9000 defeats the Kirin 990 5G with a score of 688,080. Both P50 Pro’s processor versions might lack 5G support, but they still got higher scores than the previous model. However, keep in mind that this is just synthetic performance. We can only verify real-life performance and thermals once we have both units for review.

The P40 Pro offers 8GB of RAM, while the latest P50 Pro has options of either 8GB or a higher 12GB. For the storage, the latter now has up to 512GB. With these, the P50 Pro gives you the perks of higher processing speed and larger storage.

The P50 Pro still has quad rear cameras but with a different and upgraded set. Although it retains having a 50MP main shooter, the rest of the lenses have changed. Last year’s P40 Pro has a 40MP ultrawide lens, a 12MP telephoto lens, and a 3D depth-sensing camera. The P50 Pro, however, boasts 40MP (mono), 13MP (ultrawide), and 64MP (telephoto) lens.

Besides, the Huawei P50 Pro is currently number one in the DXOMARK Camera ranking, with an overall score of 144. On the other hand, the Huawei P40 Pro scored 132 based on DXOMark’s updated review in October 2020.

For selfies, the previous model is better with its 32MP front camera + depth camera, as the P50 Pro only has 13MP.

As mentioned, there’s no 5G connectivity for the latest Huawei P50 series, even in the Pro version. It seems to be a downgrade from its predecessor regarding connectivity, though, as the P40 Pro is already 5G-powered.

A report from CNBC says that according to Richard Yu, CEO of Huawei’s Consumer Business Group, Huawei could run out of its own high-end Kirin chips, which are manufactured by Taiwanese firm TSMC. Moreover, Yu also mentioned the US restrictions hinder the company from producing 5G smartphones.

“Huawei is a global leader in 5G technology and in communication technology,” said Yu. “Because of the four rounds of US restrictions over the past two years or so, 5G phones are beyond our reach and we have to go with 4G.”

Other features remain the same; both still come with Dual-SIM, WiFi 6, NFC, SatNavs, in-display fingerprint scanners, and IP68-certification. However, the P50 Pro has a more advanced Bluetooth 5.2. Even if the difference between the two Bluetooth versions is not that huge, with Bluetooth 5.2, larger amounts of information can finally be transmitted over lower bandwidth and at lower power.

Battery-wise, the P50 Pro has a larger battery capacity of 4,360mAh than its predecessor’s 4,200mAh. It also offers faster wired and wireless charging at 66W and 50W, respectively. This now gives you more juice that replenishes quicker.

If you already own a Huawei P40 Pro but looking forward to upgrading to a device with a stronger set of rear cameras, larger battery capacity, and faster-charging rate, then perhaps it’s time for you to switch to P50 Pro. However, you must also note the worthy features that you would be missing from the P40 Pro, including 5G connectivity and better front cameras. If these are the features you can’t let go of, then you might want to wait for next year’s flagship instead.