A quick look at how Cherry Mobile phone chargers are made

A quick look at how Cherry Mobile phone chargers are made

Cosmic Technologies Incorporated, the company behind Cherry Mobile, has invited us to visit one of their partner factories in Shenzhen, China, to see for ourselves how Cherry Mobile’s phone chargers are made. Mobile phone chargers are probably one of the most underappreciated component in a smartphone package as they are readily available in the market, but what most people don’t realize is that not all chargers are the same especially in terms of quality. The first stop is at the Qian An Electronics Co. Ltd. where Cherry Mobile’s mobile phone chargers are made. This company produces three types of chargers for the Filipino mobile phone brand: 0.6A for feature phones, 1A for smartphones, and 2.1A for tablets and other large devices. The first process starts at installing tiny components like the capacitors and ICs onto the circuit board using machines as seen in the photo above and below. 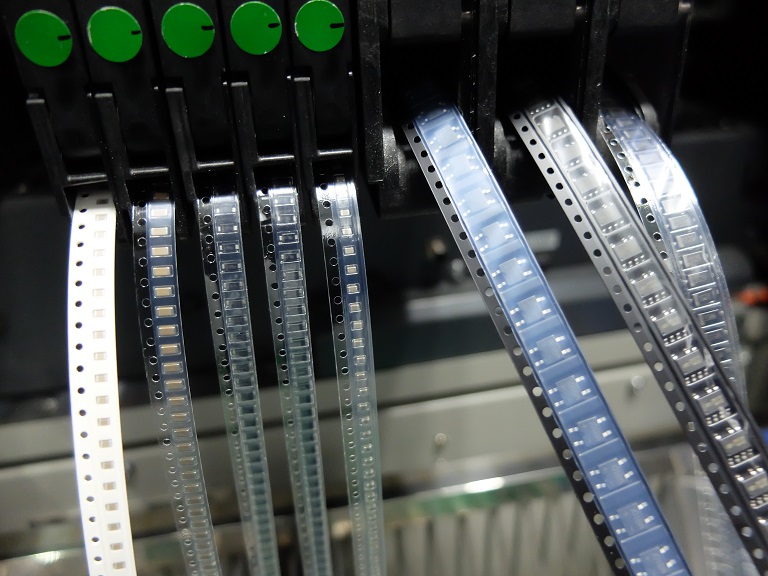 The boards will then pass through a reflow oven, essentially baking it to ensure that the circuits are ready for the next process. 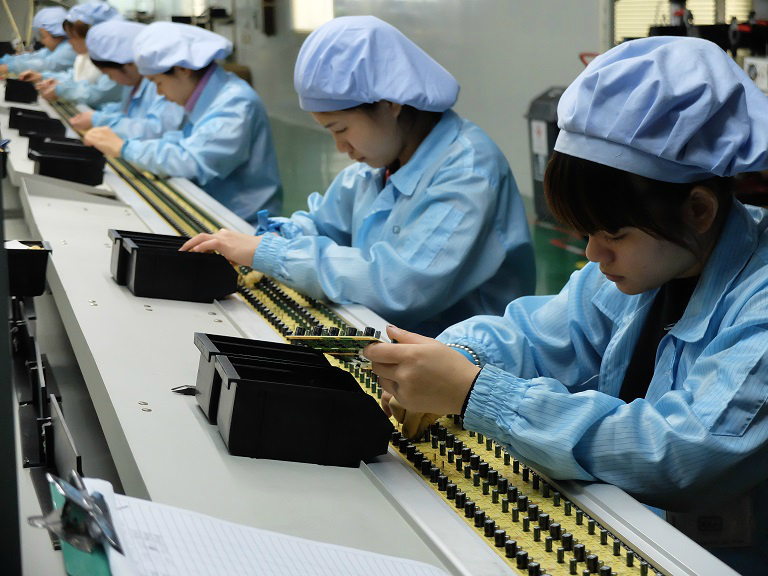 From here, manual labor takes over. More components are being added, then soldered or glued. It will then go through another machine called the wave soldering machine which bulk solders the circuit boards. Afterwards, the boards are checked and tested. If everything checks out, it will be cut into individual parts. The next stop would be the factory’s production office where the finished boards will be installed in their plastic cases and plug pins. The cases are then polished, laminated, and sealed. Once everything is assembled, it will be tested for moving parts by manually shaking it. The whole process doesn’t stop there though. The finished products are then further tested by plugging them onto outlets with varying voltages. If the product passes, then it will be sent to packaging for shipment. If it fails, it will be studied to see what went wrong then tested again until the issue is fixed. 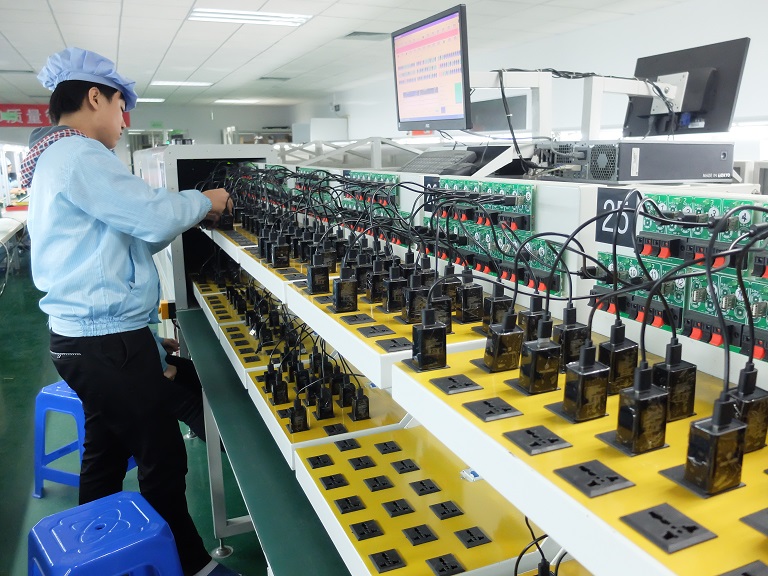 The Qian An factory also features its own R&D and laboratory where they test not only Cherry Mobile chargers, but also the “Class A” fake ones sold in the market to see their real performance. There’s also a machine that tests the durability of the USB port as well as how it will react to environmental factors like humidity. 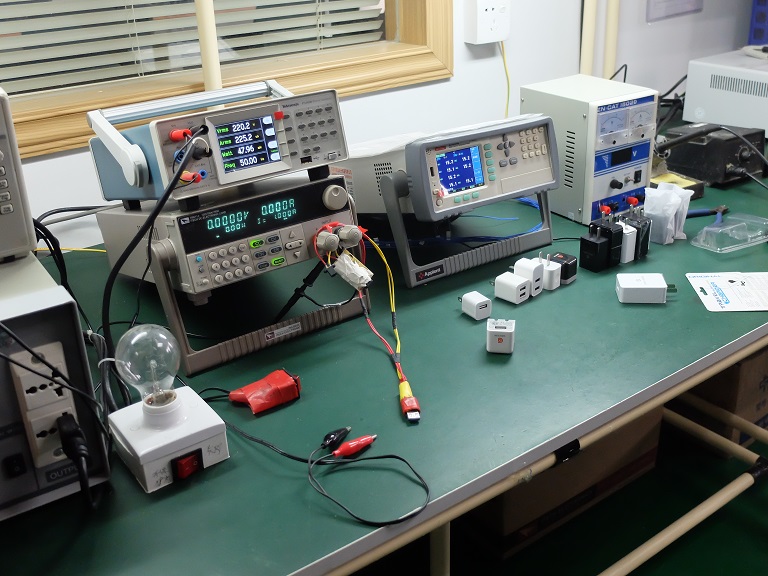 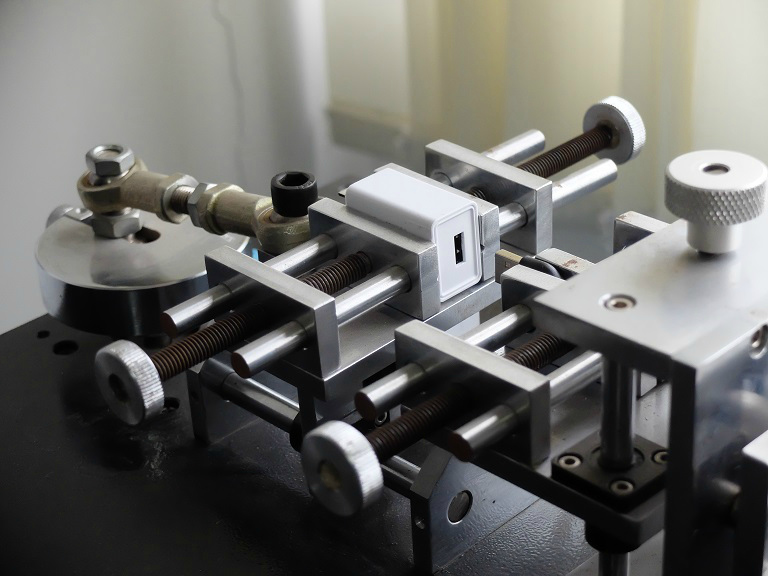 From what we’ve seen, knock off chargers underdeliver when it comes to their claimed charging capacities which could damage the smartphone. We also learned that knock offs, or those of subpar quality, tend to use cheap materials and skip the safety features to bring down costs. One example is the material used for the USB cables and plug pins. If you look at the photo below you can see that cheap USB cables have fewer copper strands. Cherry Mobile’s, on the other hand, obviously have more. 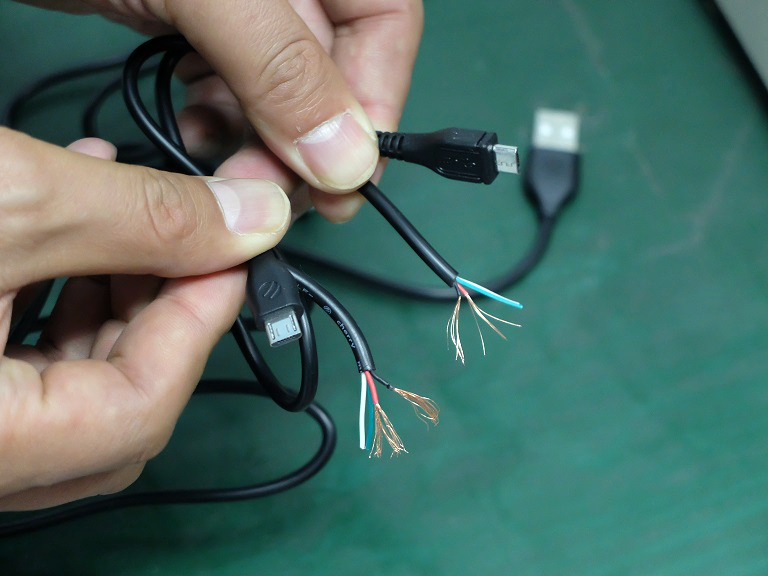 As for the plug pins, subpar chargers mostly use metal alloys which make the user susceptible to electric shock. The folks at Qian An said that you can identify these kinds of chargers by using a piece of magnet as the plug pin will stick to it. We tried this test with original chargers at home from brands like Apple, Samsung, Lenovo, as well as Cherry Mobile, and none of them possess this quality. Cherry Mobile says that the plug pins of their chargers are made from copper. 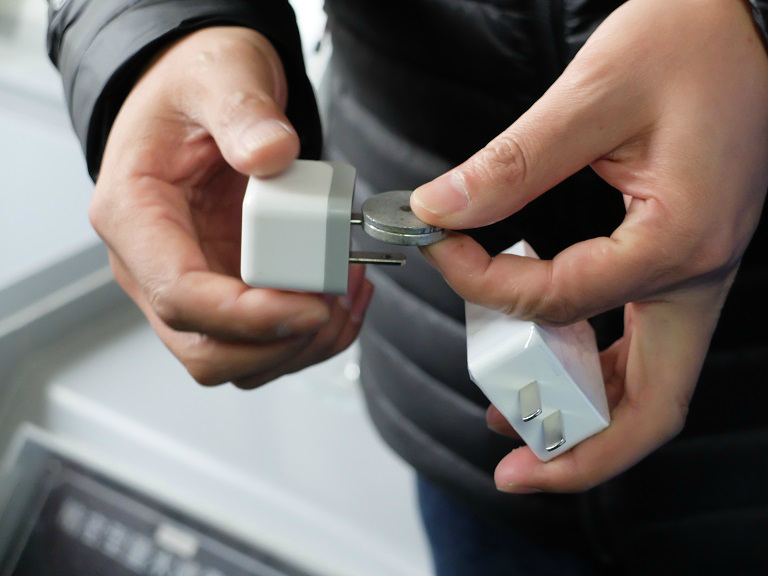 The lesson from this trip is pretty straightforward – quality, regardless of brand, still plays a very important role for devices like chargers and other accessories as these affect the performance of your hard-earned mobile device as well as your safety as a user.

In our next article we will show you the quality of Cherry Mobile batteries compared to cheap knock offs so stay tuned.