Resident Evil: Infinite Darkness, a CGI series based on the Resident Evil franchise by Capcom that features Leon S. Kennedy and Claire Redfield, is scheduled to premiere on Netflix on July 8. Fans of the franchise and zombie-themed movies and series are looking forward to it and probably have questions about the upcoming show. Luckily, we were given a chance to do a quick interview with the show’s director Eiichiro Hasumi to give us an idea of what to expect. Author’s note: The interview was done online with a 10-15 minute window and with the presence of Eiichiro Hasumi’s translator.


Eiichiro Hasumi is a Japanese film director and has worked on many TV series and movies since 2002. One of his most popular works is the Ansatsu kyôshitsu (Assassination Classroom) film series in 2015.


Question 1: For those who aren’t familiar with the Resident Evil franchise, will it be easy for them to absorb the stories or will they need certain knowledge or background to understand the series?

E. Hasumi: “I believe so. If you don’t know anything about the resident evil series. You will still be able to follow the story. But if you are a fan, there are so many little details we put in that you can find.”

Question 2: We all know that Resident Evil is a zombie-themed game, but are we going to see the usual zombies or will there be special types of BOWS like the Vampires from the latest installment or Albert Wesker from the older ones?

E. Hasumi: “I will say there will be new characters and also BOW creatures.”

Question 3: How did you prepare for the series? Did you play the games?

E. Hasumi: “Well of course I knew, all of the Resident Evil games, but I am not in fact a gamer, so I haven’t played the games, but when I participated in this project and got to see the movie part of the games, I have not played the game as such, but with the long history of resident evil, the games and the films, actually the CGI films that is, belong to the same world, in terms of timeline, in terms of characters, so I got to study the lore for sure.”

Question 4: What can we expect from Infinite Darkness? Will we see Sheva Alumar or other characters from Resident Evil 4 and Resident 5 since the game is set in between them?

E. Hasumi: “Of course, the main characters of the series will be Leon and Claire, which are familiar faces for resident evil fans, but there will be characters that would definitely make an appearance briefly or not, that you would recognize too.” 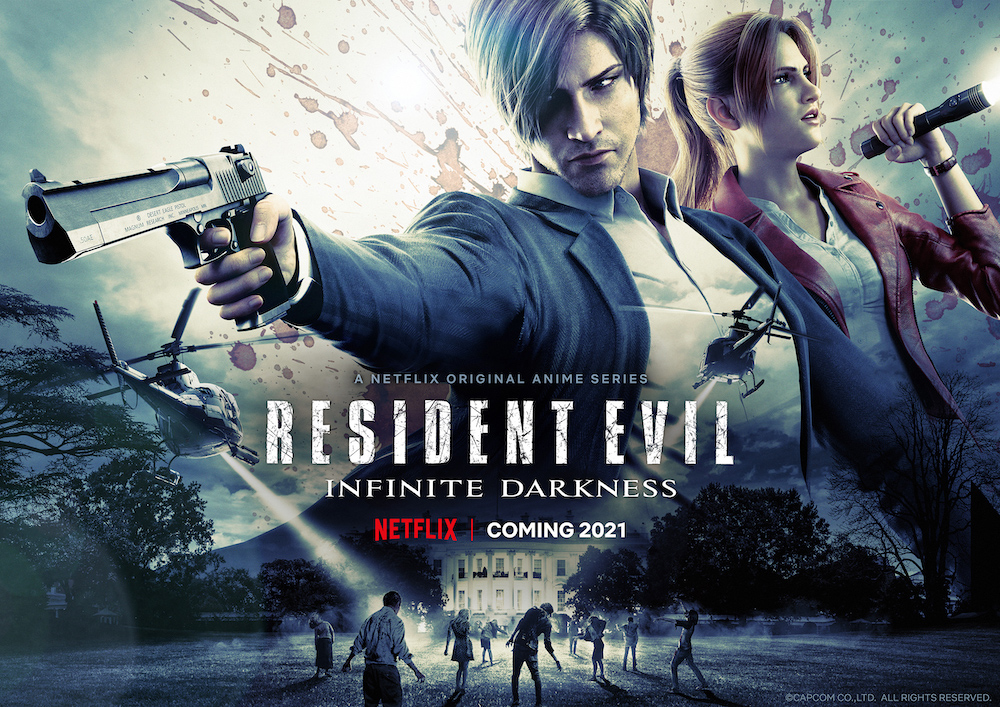 Question 5: How will it be different from the other Resident Evil CGI movies? What will be unique about it?

E. Hasumi: “Obviously it’s different in a sense that it’s going to be a series approximately 30 minute per episode, which is different from hours which is a length of a feature, and because it’s going to be released on Netflix, obviously, you can binge-watch, so see it like a film, but if you watch it episode by episode, the staging is different, and being on Netflix you can watch it repeatedly, and if you do so, I kinda approached it so that what the characters are thinking in every given moment will be more apparent if you watch it a second time. So that’s one way you can enjoy it.”

Question 6: Why Leon and Claire? What draws you to make them the main protagonists of the series?

E. Hasumi: “To be honest, when I took part in the project, it was already decided that Leon and Claire were going to be the protagonists. But there is a reason why Leon has always been the protagonist in all the CGI movies that have been made in the past, is because he is an agent which gives freedom when you are working on the story, as he could be anywhere or in any country or doing anything, as opposed to somebody like, Chris Redfield, who is a BSAA operator. There is a certain limitation of what he can do as an individual, By using Leon it kinda opens up story options.”

Question 7: Any message to the fans from the Philippines?

E. Hasumi: “Oh yes! Definitely! This show will be something that Hardcore resident evil fans will be able to enjoy, but even if you don’t know anything about this world, I made sure that you will also be able to enjoy as well, So I hope that many people from the Philippines will get to check it out!” 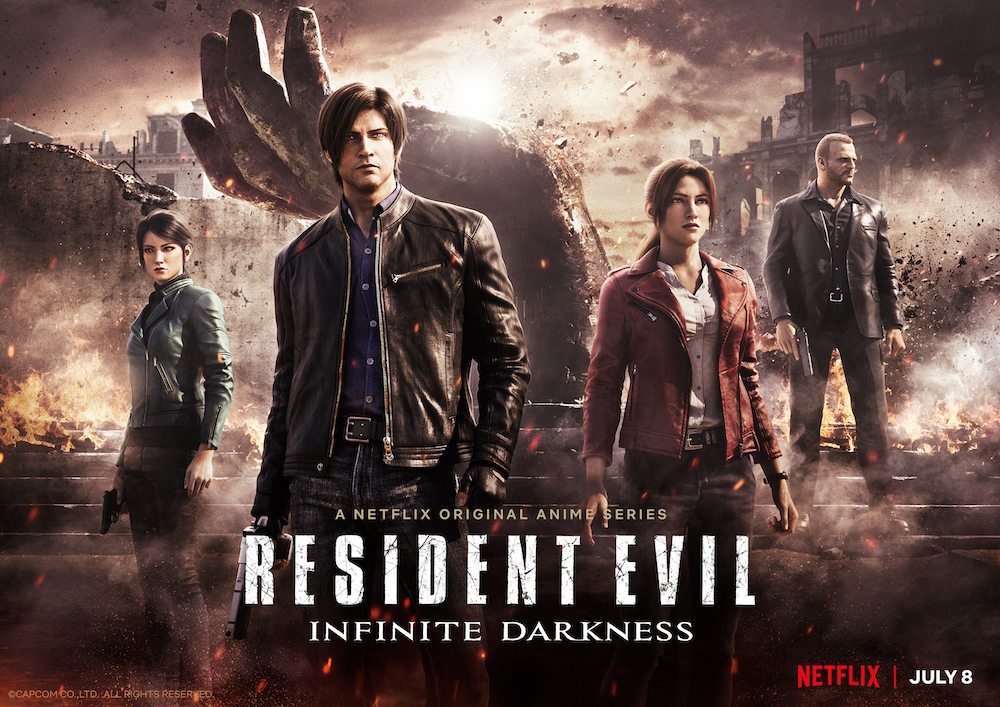 In 2006, there were traces of improper access to secret Presidential files found in the White House’s computer network. American federal agent Leon S. Kennedy is among the group invited to the White House to investigate this incident, but when the lights suddenly go out, Leon and the SWAT team are forced to take down a horde of mysterious zombies. Meanwhile, TerraSave staff member Claire Redfield encounters a mysterious image drawn by a young boy in a country she visited, while providing support to refugees. Haunted by this drawing, which appears to be of a victim of viral infection, Claire starts her own investigation.

The interview was conducted by Enzo Angeles, Multimedia Producer, YugaTech.