FAQ: What do we know about the Maharlika Investments Fund?

To date, some 200 of them have been formed in more or less 50 nations around the world. They call it “sovereign wealth fund.” Or in local parlance, as proposed by House Bill No. 6398, it would be the “Maharlika Investments Fund.”

Filed last November 28 by six representatives to help “achieving single-digit poverty levels and upper middle-income status for Filipinos,” the proposal has hurdled the House Committee on Banks and Financial Intermediaries as of December 1. House approval, meanwhile, is aimed before the adjournment of Congress this month. Then again, what do we know about this Fund being introduced in the Philippines? And for that matter, would it have effects to technology and innovation moving forward? These and more in the following FAQs. 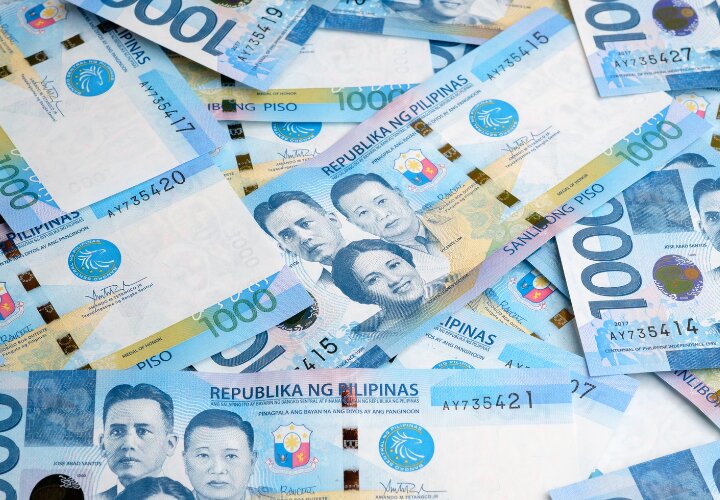 What is a sovereign wealth fund?

Created in 1953 as the Kuwait Investment Board, the Kuwait Investment Authority (KIA) is regarded as the longest standing sovereign wealth fund in the world. Statistics wise, up to 51 percent of SWF capital all over the world today were derived from commodity revenues (e.g., sale of oil and minerals). These were intended to improve returns, as well as protect, to an extent, from fluctuations in commodity prices. In a more specific sense, SWFs would usually exclude foreign reserves intended for traditional balance of payment (BOP) or monetary policy purposes, state-owned enterprises, government-employee pension funds, and/or assets managed by individuals, among others.

Although public pension funds may share similarities with SWFs, there are distinctions between them which the likes of the Organisation for Economic Cooperation and Development (OECD) would like to point out. For one, public pension funds are meant to serve as long-term financing vehicle for pay-as-you-go pension plans.

In 2008, the Santiago Principles (called as such for being agreed upon at Santiago, Chile) have been drafted to “identify a framework of generally accepted principles and practices that properly reflect appropriate governance and accountability arrangements as well as the conduct of investment practices by SWFs on a prudent and sound basis.” Thirty (30) members of the International Forum of Sovereign Wealth Funds (IFSWF) endorse the Santiago Principles. Adherence to these aforementioned principles was also cited by the House bill in its pledge to ensure accountability and transparency for the proposed independent fund (that is, the MIF).

Depending on their respective investment mandate, SWFs may fall in any one of the following categories, or could perform a combination of these purposes:

Three of the largest SWFs in the world, meanwhile, would be the following:

The House bill, for its part, explains that investment would be meant for stabilizing the national budget, create savings for citizens, or promoting economic development. In particular, the following objectives were laid out: 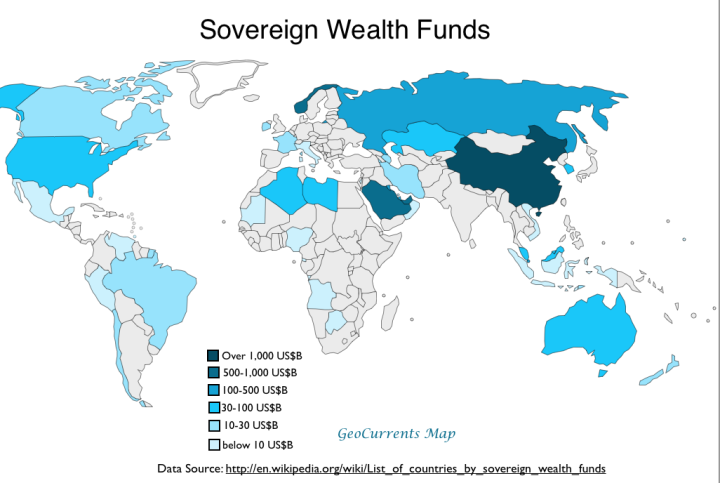 Who filed the House bill to create the MIF?

Is the MIF the first of its kind?

This was not the first time such a measure had been proposed in the Philippine Congress, but thus far it had met better success with its legislative track. For instance, two proposals to create a Philippine Sovereign Wealth Fund were made in the Senate by Former Senator Paolo Benigno “Bam” Aquino (October 19, 2016), and Senator Joseph Victor “JV” Ejercito (March 21, 2018) during the 17th Congress. Neither went beyond the committee level. However, it might well be the first time in recent legislative history that such a proposed fund would bear the “Maharlika” name.

Where will the MIF be sourced?

Legal ownership of the MIF shall pertain to the Fund investors in proportion to their shareholdings. The bill specified the following financing sources to constitute the initial investment of PHP 250 billion:

These were intended to be sourced from investible funds of the aforementioned institutions. The national government (NG) shall also contribute an initial PHP 25 billion, and may contribute additional funds on an annual basis provided funds for the purpose are available. GSIS registered over PHP 1.5 trillion in total assets as of 2021, while SSS reported over 702.4 billion in total assets also during the same period (2021). LANDBANK and DBP are among the largest banks in the country, having PHP 2.8 trillion and PHP 971 billion in total assets, respectively. Proponents of the measure had assured these would have no negative impact on the social services provided by the aforementioned government financial institutions (GFIs).

Subsequently, annual contributions shall be provided from the following:

To give a better perspective on the size of the cited contributions, OFW remittances amounted to a total of USD 34.884 billion (over PHP 1.9 trillion) for the entirety of 2021 according to BSP, while the IT and Business Process Association of the Philippines (IBPAP) recorded USD 29.49 billion (over PHP 1.6 trillion) in BPO revenues also for the year 2021. PAGCOR, for its part, reported PHP 26.70 billion in total income during the first half of 2022. How will the MIF be used?

The following investments are allowed by the proposed measure:

The MIF and the MIC shall be exempt from any and all forms and kinds of direct or indirect taxes. In addition, distribution of net profits would be exempted from the provisions of the Dividends Law (Republic Act No. 7656).

What is the composition of the MIC Board?

The MIC Board of Directors would be composed of nine members, namely the Finance Secretary as representative of the national government, two independent directors, and six members from the founding government financial institutions (GFIs) which membership seats are allocated based on the proportion of their investments. To recall, the founding GFIs would be the GSIS, SSS, LANDBANK, and DBP. With a term of seven (7) years, the Chairperson and Chief Executive Officer (CEO) shall be derived from the founding GFI member with the largest fund investment.

To assist the Board, an Advisory Body constituted by the Finance Secretary, Budget Secretary, Socioeconomic Planning Secretary, and Treasurer of the Philippines would be formed. However, they are not to take part in the control or management of the MIF. How would the MIF safeguards work?

Three layers of audit would be conducted to accomplish the financial reporting framework of the MIF.

A fourth layer of audit was also cited by proponents, although not explicitly worded in the bill itself, particularly coming from the risk committees of the involved GFIs.

Despite having a record-breaking year in 2021, the issue of adequate safeguards has long permeated the debate regarding SWFs, particularly poorly-administered ones such as the 1Malaysia Development Berhad (1MDB). An International Monetary Fund (IMF) Working Paper in 2013 had identified three similar layers of governing bodies which are typically included in a well-governed SWF in addition to their own compliance unit. These are as follows:

In fact, another IMF Working Paper had noted in 2008 how although all of the SWFs they surveyed had internal audit arrangements, “few SWFs have their accounts audited by Auditor Generals, another independent government agency, or the Ministry of Finance itself.” While the Santiago Principles have provided for an audit (GAPP 12), a 2008 policy brief from Peterson Institute for International Economics (PIIE) on best practices saw how 62 percent of surveyed non-pension SWFs had done their audit, with a lower proportion of 32 percent having them published.

What SWFs have to do with technology?

Believe it or not, SWFs have become a major factor in technology and innovation investing globally. For instance, the USD 284-billion Mubadala Investment Company (United Arab Emirates) is reportedly seeking out the tech sector, including Abu Dhabi’s first fully regulated carbon exchange. A similar upbeat outlook on tech is shared by NBIM.

“The industries that have gained importance are, not surprisingly, healthcare, retail and consumer, and technology. All three sectors are touched by the magic wand of Venture Capital,” said the 2022 Annual Report of Global SWF.

Of course, it remains to be seen whether the tech sector would also receive substantial blessings from the MIF, but when foreign investors to the Philippines have eyed energy and tech among other sectors for 2023, perhaps their sustained attractiveness would lessen doubts about their current investment viability. Whether or not the trend holds, however, it remains to be seen. After all, besides tech, infrastructure is seen as a field where SWFs saw opportunities to diversify their respective portfolios.

“With typically low volatility and reliable cash flows, infrastructure investments provide returns with a low correlation to other asset classes and over the last decade, many institutional investors have allocated to the asset class as a substitute for fixed income due to stubbornly low interest rates,” observed the IFSWF in its annual review.

While opponents of the measure would like to capitalize on the risks involved, as well as the potential political leverage when it comes to managing available economic resources, there is also reason to believe there are indeed SWFs worthy of our attention. For 2021, direct investments from SWFs rose by 50 percent year-on-year, and would be 60 percent higher than the previous five-year average. Despite the conditions brought by the pandemic, SWFs had not experienced large-scale withdrawals in general. The trend has also veered towards domestic investment, which implies that SWFs would more likely put their money to help develop local industries.

The proposal itself cited what it deemed to be SWF models, such as Singapore’s GIC and the Indonesia Investment Authority (INA). Would the MIF faithfully fulfill the aspirations of its supporters? Perhaps only time can tell.