It’s the start of the -Ber months, which means it’s only a matter of time before the holidays, which also means that we’re going to see more exciting gadgets soon. But before we start getting hyped, let’s take a look at the devices we reviewed last month. Here’s our Gadget Reviews Roundup for August 2016.

Samsung has finally found its identity and solidifying it the Galaxy Note7. The Galaxy Note7 is still the same great phone with the same fantastic features found across the entire flagship line-up. It’s a smart move which Samsung is heavily capitalizing on.

The Samsung Gear IconX is an effective tool for tracking your activity. It gives you the freedom to move freely without worrying about pesky cables getting in the way. Also, since you can load songs straight to the IconX buds, you can just leave your phone behind and concentrate on running while still enjoying your tunes. 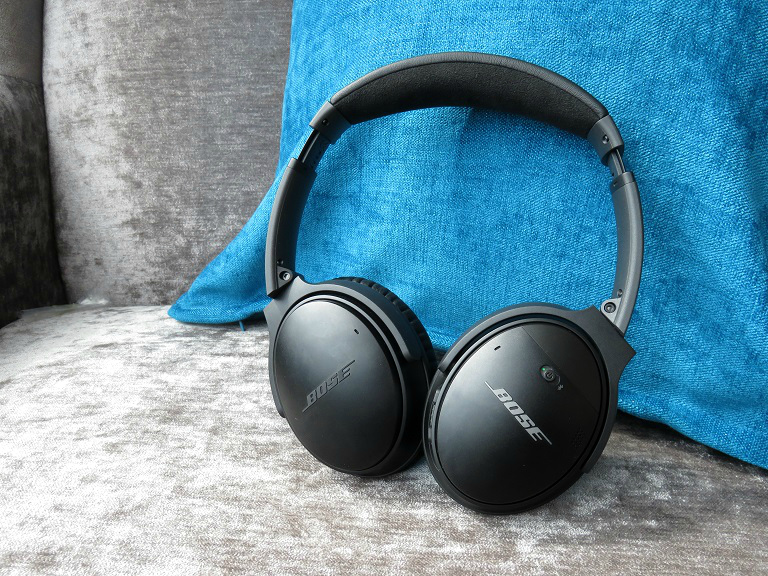 You can’t go wrong with the Bose QuietComfort 35 in terms of quality whether it’s in the aesthetics, features, and sound. It’s good for use at home especially in this rainy weather, at work, or during long commutes. It’s wireless so you don’t have to worry about tangling wires, good battery life, and comes with its own storage case.

The M1 doesn’t impress us as an overall smartphone but if you’re for the specs and power, the M1 has a lot to offer. For Php11,990, it’s a notable smartphone on paper.

The Samsung Galaxy J7 (2016) packs specs and features that most people are looking for – a premium look and feel, large, vibrant display, a decent rear and front cameras with LED flash for selfies, good performance for its class, and long battery life.

All in all, the Zotac GTX 950 is a good entry level card that is perfect for average gaming needs. It might not be capable enough to max out games at 1080p with at least an average of 60fps, but it is still capable of playing several games in playable framerates at 1080p.

For something this underpowered yet encased in an above average body and topped with a vibrant display, the brand is asking for Php11,990. The official pricing may have put a frown on some but rest assured, it’s a pretty good handset with nifty features crafted for everyday use.

The OPPO A37 is turning out to be a good phone for its class. Priced at Php8,990, it is aimed towards users who want a standard-sized smartphone with a nice build and design, decent performance, and good camera, for a not so heavy price tag. The Volvo XC90 D5 AWD is definitely a good choice for your first Euro spec’d SUV. It has good on road manners and is practical for everyday use. If safety is the top variable you are considering in your next car purchase look no further beyond the Volvo brand.

The Redmi Pro is one of the devices in the market right out the gives you the best value for your hard-earned money. With its OLED display, interesting camera setup, and smooth performance, Xiaomi still managed to keep the pricing low.

The Lenovo VIBE K5 Note is a device that we would recommend to those on a budget but still require a sleek, handsome build. It’s also ready for media consumption as it has commendable display and picture quality that show good colors and details. We weren’t so happy with the sound performance but using dedicated headphones should easily do the trick.

Equipped with a decent display, a good camera, and a great 4G LTE connecivity, O+ is set to capture your hearts with the Sonic and the hardware it brings. Now priced at Php3,690 in most stores, it’s one that should not be missed out if you’re looking for a good device bearing great connectivity features for a low price.

OPPO indeed created a selfie expert with the F1s. Its 16-megapixel front camera not only takes detailed shots, but also performs very well in dark areas. We wouldn’t mind it not having a dedicated front flash since it could capture decent images thanks to its F2.0 aperture.

The Sony MDR-100ABN will not only serve great as headphones for all your audio devices, but will also do the job as travel headphones. It has a beautiful finish with wide selection of vibrant colors to choose from that really are head-turners. Whether if you are an audiophile or not, you will surely love this not so ordinary headphones with wireless Bluetooth connectivity and digital noise-cancelling feature.

Cherry Mobile’s Alpha Prime 7 is indeed affordable at Php4,999. For that price, you have a timid list of specs like a quad-core processor, 1GB of RAM, and 8GB of internal storage that you can expand using an additional microSD card. The device isn’t a powerful workhorse moreso if you render productivity tasks on a daily basis, but will be enough to give to the kids for their games and some casual browsing.

The Xperia XA Ultra sets a good balance of beauty and performance. It’s got its own share of hits and misses, though more of the former than the latter. The improved design, generous display size and intriguing selfie camera will attract a lot of Sony fans.

If there’s one thing that the musicanywhere AD0503 will provide you is convenience. The wireless feature is a big help not only those for the physically active, but for those working on day-to-day tasks like commuting or house chores. Although sound quality is not perfect, it will suffice for casual listeners who don’t demand much. Afterall, these are for on-the-go listening and not for analyzing high-resolution audio.

The Sony H.ear Go SRS-HG1 is one of the best sounding wireless speakers you can buy with one caveat: it’s a little bit pricey at Php9,999. Additionally, it may not be as compact or have quite sturdy design compare to others, but it still sounds exceptional and visually-appealing.

Admittedly, the Cubix Morph is an ideal solution for those who needs a cheap Windows machine plus the advantage of having Android onboard. At just Php5,990, it’s really an easy sell for a convertible and a decent device to run basic apps and do everyday tasks. Of course, there’s also a catch to it and if you can overlook those, this is for you.

The Sony H.ear In MDR-EX750BT is undeniably one of the most impressive in-ear headphones available in the market today. Regardless of the neckband being slightly distracting (maybe it’s just me), it is still a feature-packed wireless headphone with a lot of potential for an ultimate travel and sport experience.

Although it’s not the thinnest and lightest laptop in the market and even though we have some gripes on its viewing angles, the Inspiron 11 is still a handy laptop to have around if you’re looking for a decent workstation that comes affordably.