In celebration of Cherry Mobile’s 10th anniversary, the brand launched its latest addition to the Flare series, the Flare X3. A couple of weeks back, we gave this device a quick hands-on look. This time around, we were able to take this smartphone for a full review. With its 6.18-inch screen, Helio P60 chipset, and 5 AI cameras. Read on and find out what the Flare X3 can do.

The Flare X3 has a sizeable screen with a bar notch at the top, slim bezels surrounding the sides, and a rather prominent chin. Within the notch are two front cameras, namely the 20MP and 2MP shooters. We find the X3’s bar notch to be outdated by now, as most smartphones have moved on to drop notches or even full-screen displays.

Switching it over to the rear, the X3 has a gradient colorway that Cherry Mobile refers to as “Twilight Violet.” It’s pretty to look at, but we do think that the company could have done better at blending the colors. The smartphone has a body made of glass, while a metal frame holds it all together. The glass body gives the Flare X3 a premium and elegant feel to it. A downside to it though is that the device feels a little slippery and that fingerprints mar the rear from time to time. It’s recommended to house the X3 with the clear case provided in the box. One can also see the triple camera setup and the LED flash on the rear.

Situated on the right side are the power button, volume rocker, and the fingerprint scanner. I’ve developed a penchant for Cherry Mobile’s side-mounted fingerprint scanners; it’s painless to use and merely resting my thumb on it would unlock the smartphone.

The hybrid dual SIM tray and micro SD card slot sit on the left side of the smartphone.

The topside is pretty bare as it only has the 3.5mm headphone jack.

At the bottom are the USB-C port and the speakers. It’s nice to see that our local brands are also aboard the USB Type-C revolution and leaving the micro USB port in the past.

As for its display, the Flare X3 has a 6.18-inch FHD+ TrueVuew screen. Since it’s FHD+, it’s capable of playing YouTube videos at 1080p. Color reproduction is vibrant and accurate, and the blacks produced go pretty deep as well. The X3 could have offered an incredible viewing experience, but as this smartphone has a bar notch that you can’t hide. It’s a rather unsightly distraction when watching videos and playing games.

Panel brightness can be kept at 50% or even lower when using the smartphone inside a room with ample lighting, but the story changes upon use outside. The screen can be dark even at 50%; we had to amp it up to 90% or even at maximum to be able to use it under direct sunlight.

Audio-wise, it can go loud and fill a room. However, I don’t recommend setting it at maximum. Lows become non-existent as the highs overpower it, and the sound comes out quite distorted as well.

Android 9 Pie acts as the Flare X3’s operating system. App icons are arranged in a drawer style, and there’s no other option to change the arrangement. The interface is clean, minimal, and easy to use. Pre-installed apps include the usual Google apps, while third-party ones include Facebook, Instagram, and Messenger. When it comes to special features, the X3 doesn’t have much of them — there’s an FM Radio, SIM Toolkit, Sound Recording, White List, and Dura Speed.

The Flare X3 offers 64GB of storage, with about 49GB of the usable. If the provided storage isn’t enough, the device can be expanded up to 256GB via micro SD.

Docked in the bar notch upfront are the 20MP and 2MP shooters, while on the rear sits the triple-camera setup, composed of 12MP + 5MP + 2MP lenses. We gave out our initial impressions on the camera quality in our hands-on take of the Flare X3, so let’s get deeper into them this time around.

For selfies, the images taken by the X3 looked decent enough to use on social media. The quality seems good under natural light. However, some details get muddy upon taking selfies in places with insufficient lighting. With the Beauty mode enabled, you’ll notice that the skin looks smooth and it does blur out some of the blemishes. Sometimes though, the processing can get a bit overboard, resulting in the skin looking too flat. As for portrait selfies, there’s enough subject-background separation, but the blurring around the edges of the subject is noticeable at some points. Still, as mentioned, they’re good enough to post on social media. 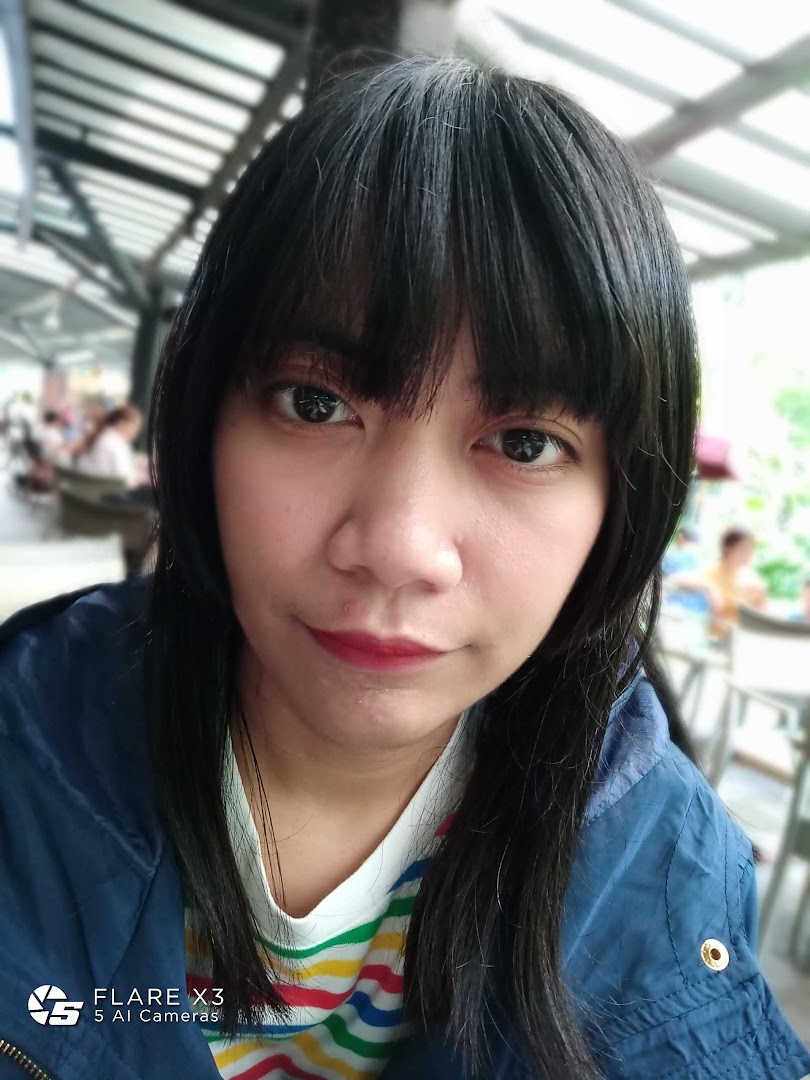 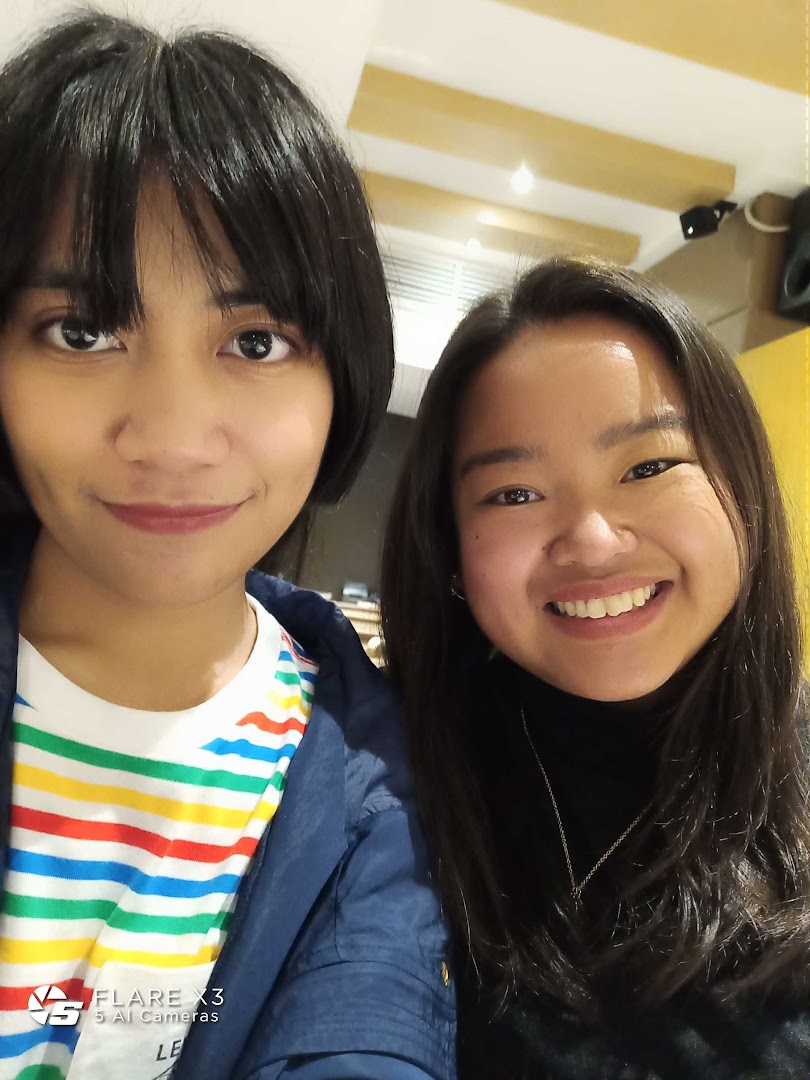 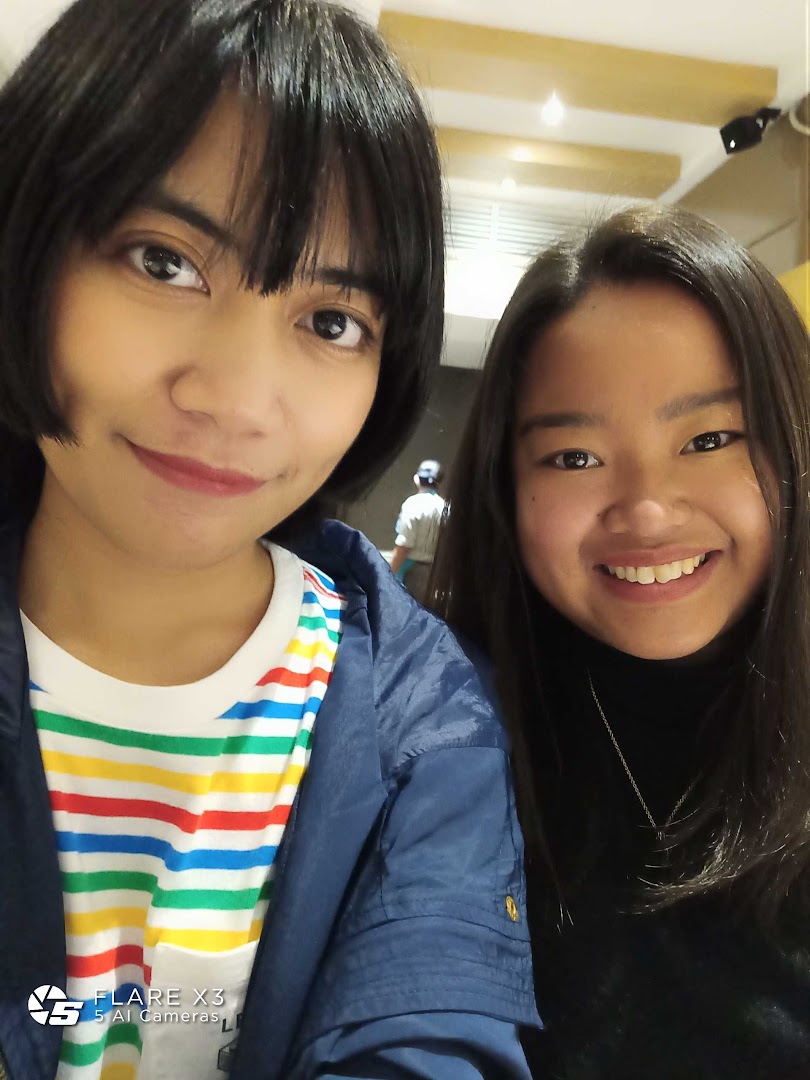 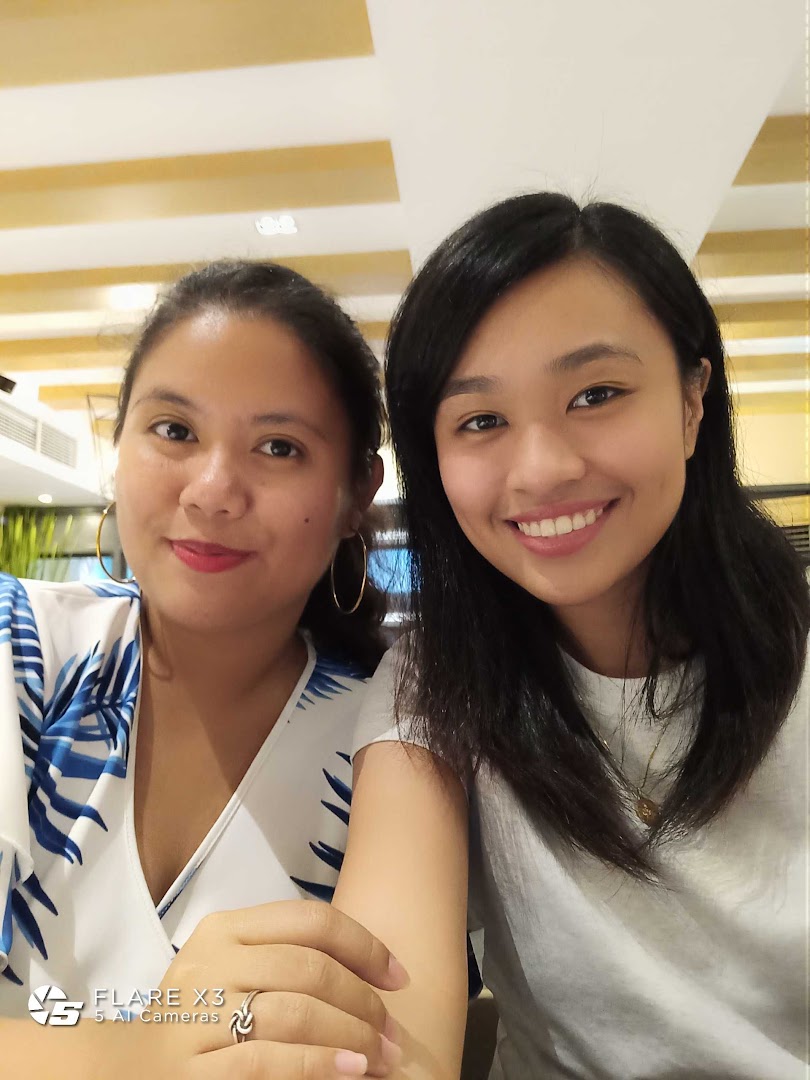 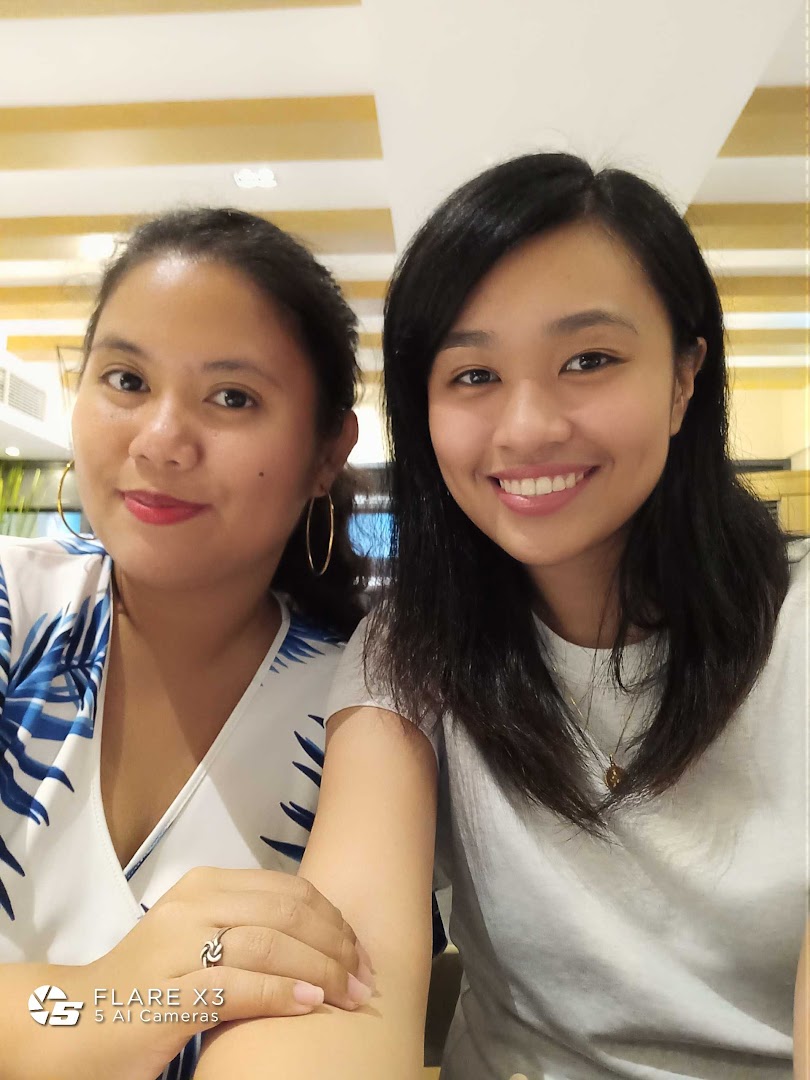 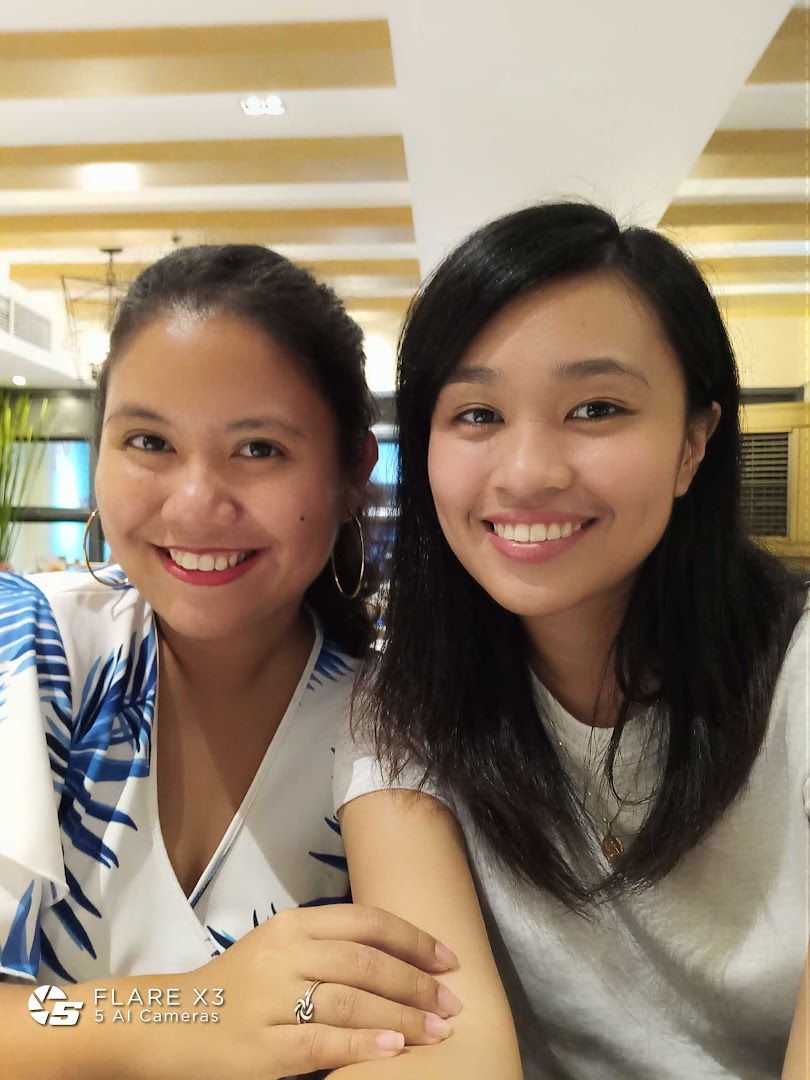 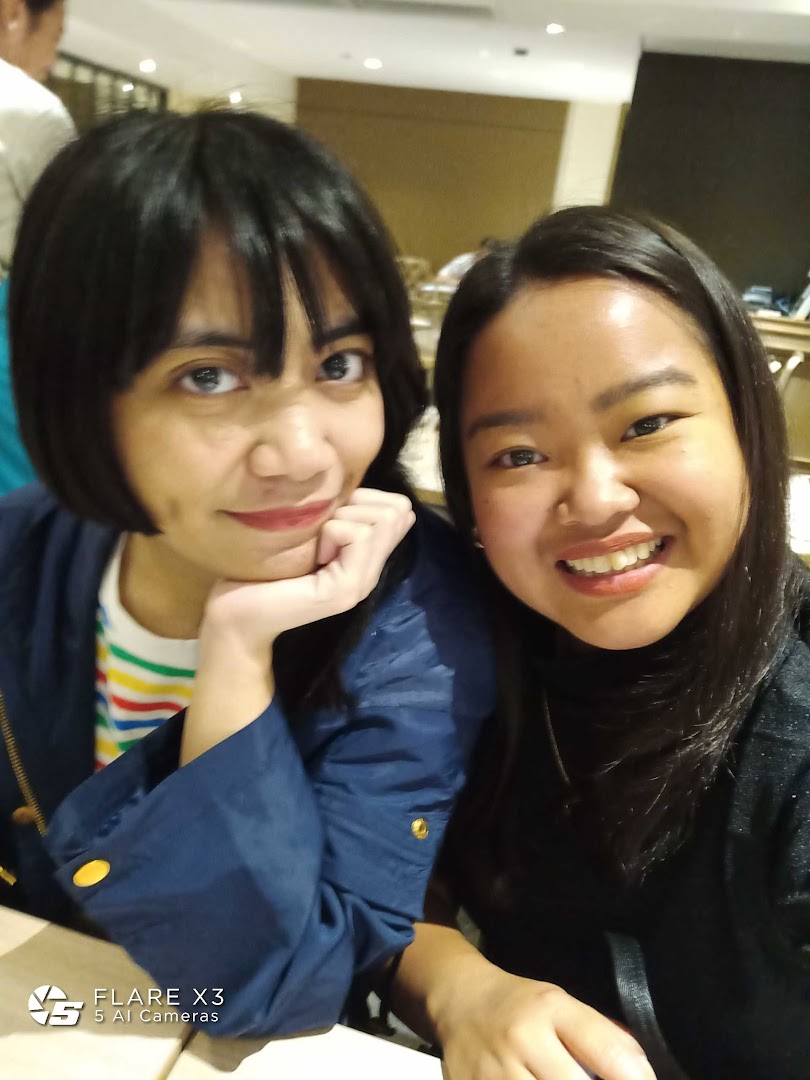 Rear Camera-wise, colors on the images captured appear to be accurate and vibrant. They’re sharp with sufficient details as well. Indoors though, even in places that are well-lit, a bit of noise appears in the photos, and some details become a little blurry too. For portrait shots, the subject-background separation isn’t present, unlike when taking selfies. As for low-light shots, the noise is more apparent, and the details appear muddy. 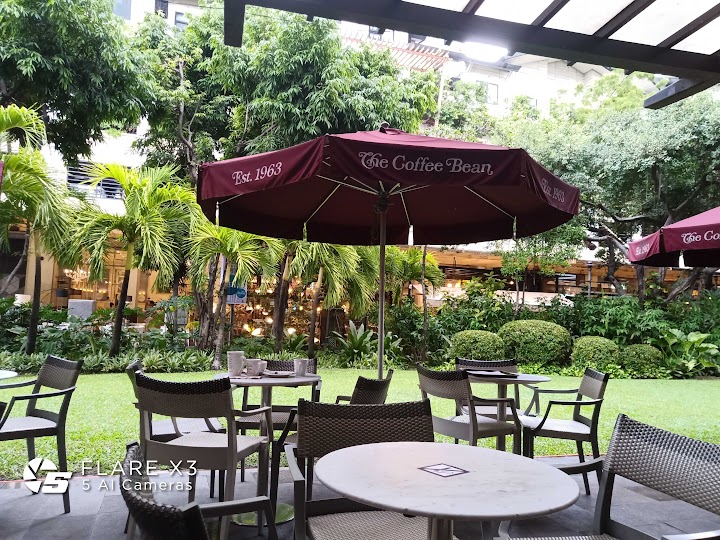 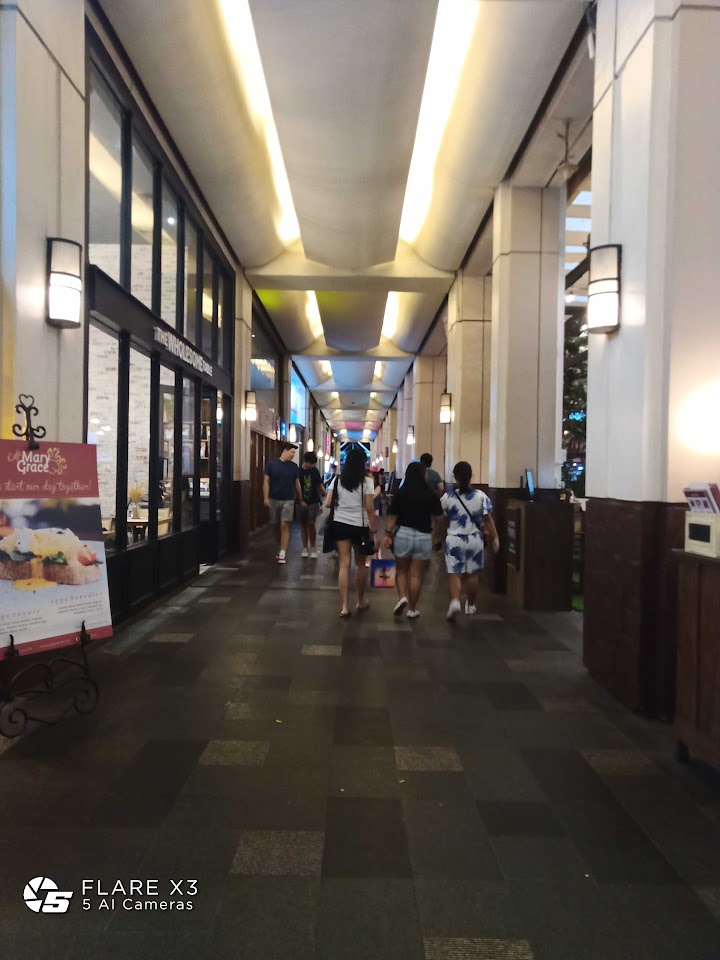 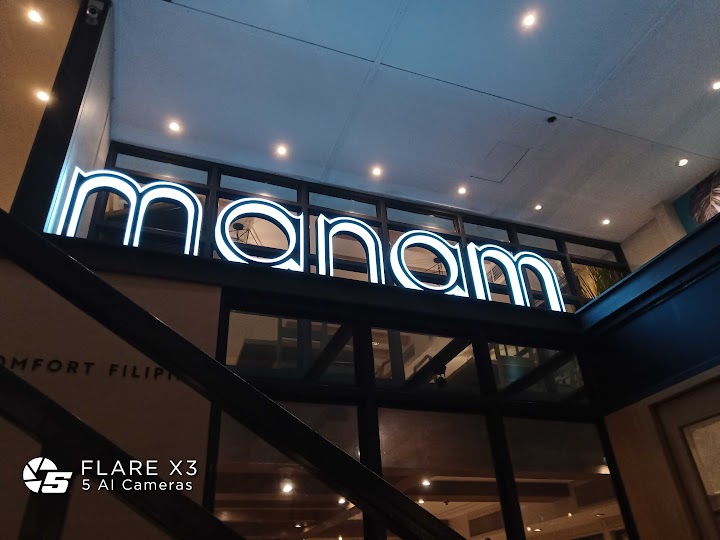 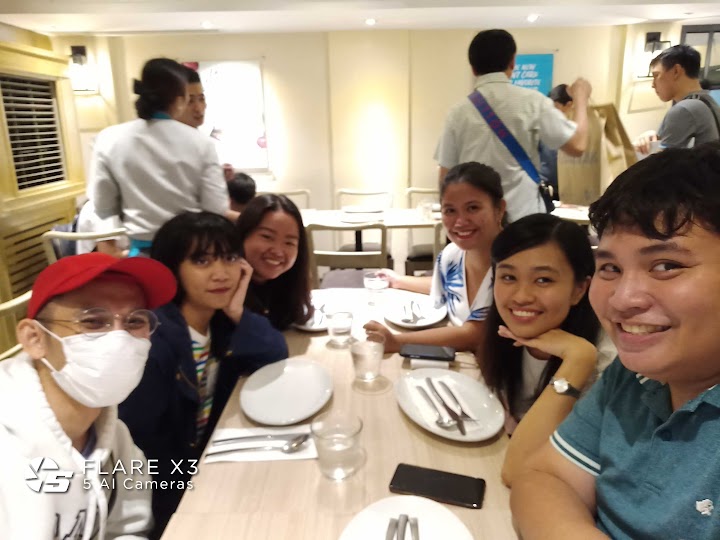 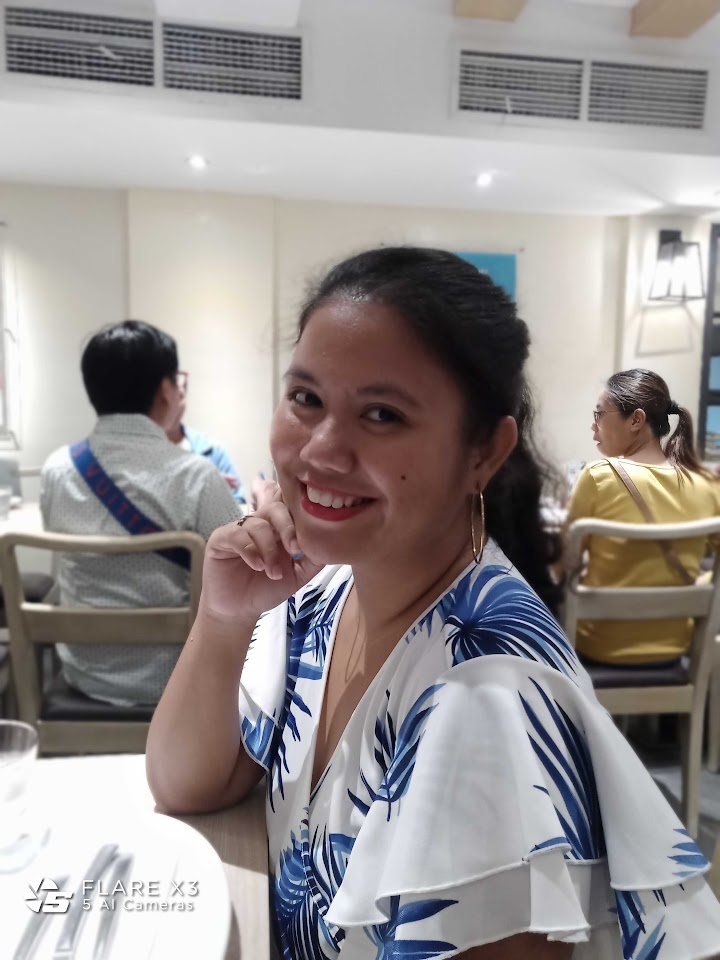 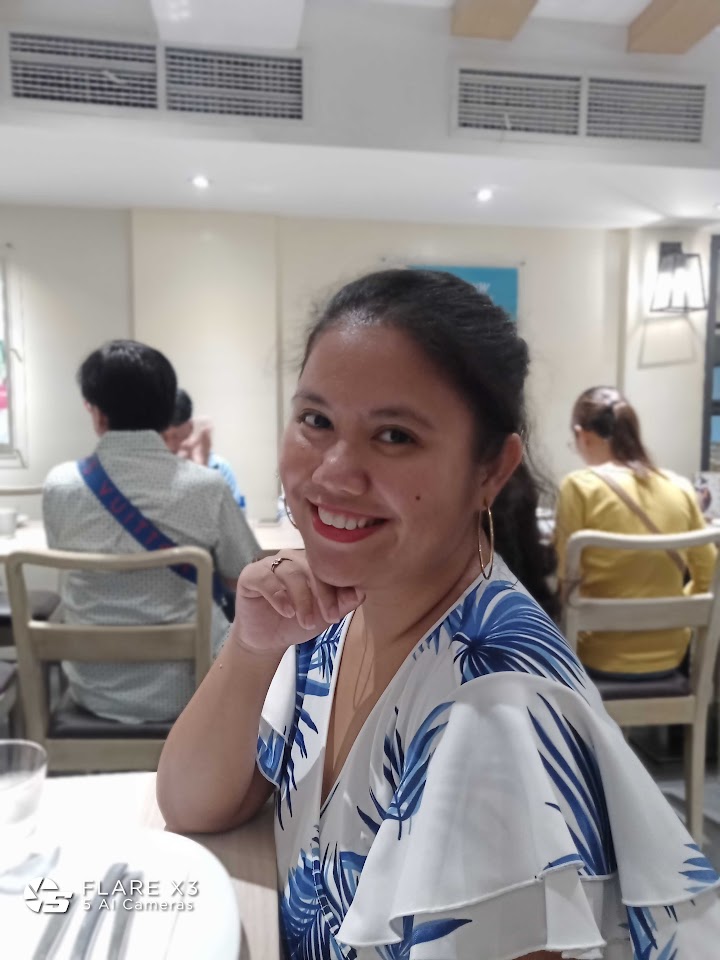 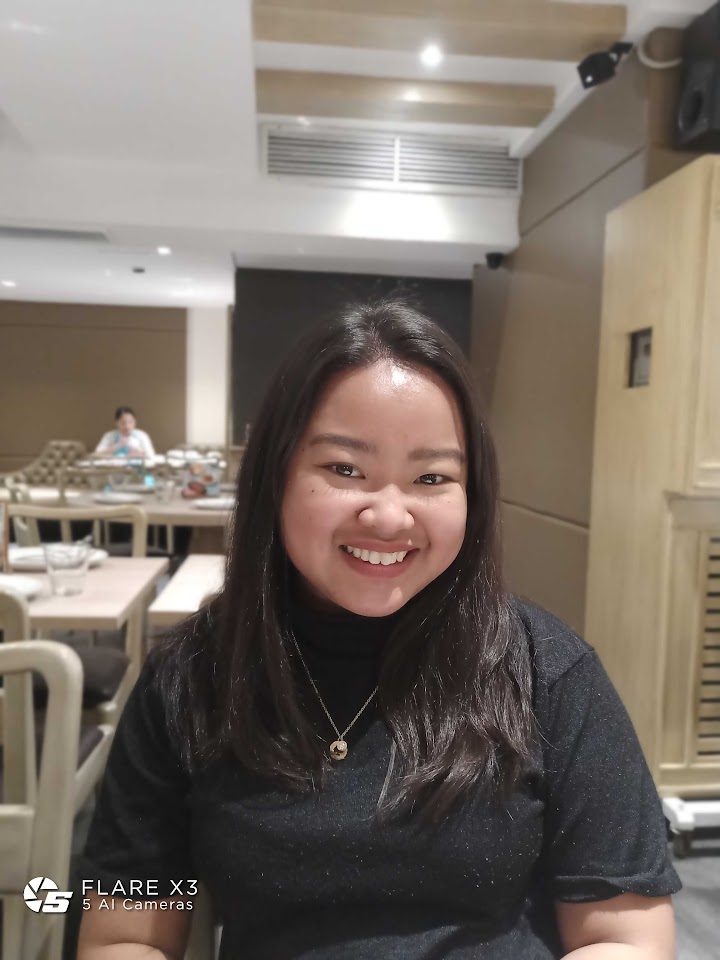 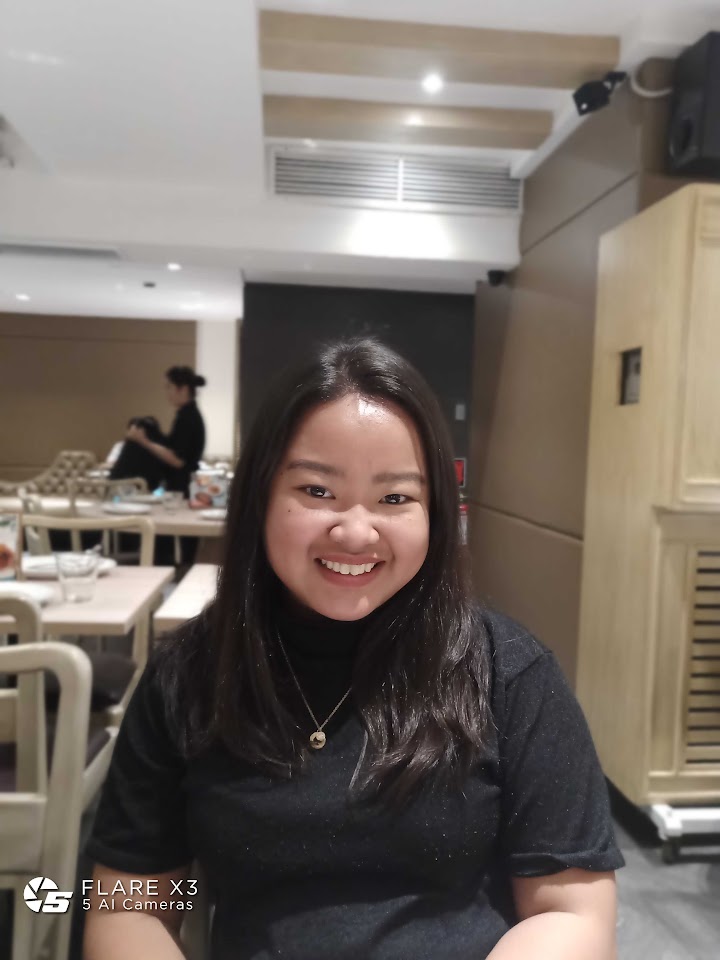 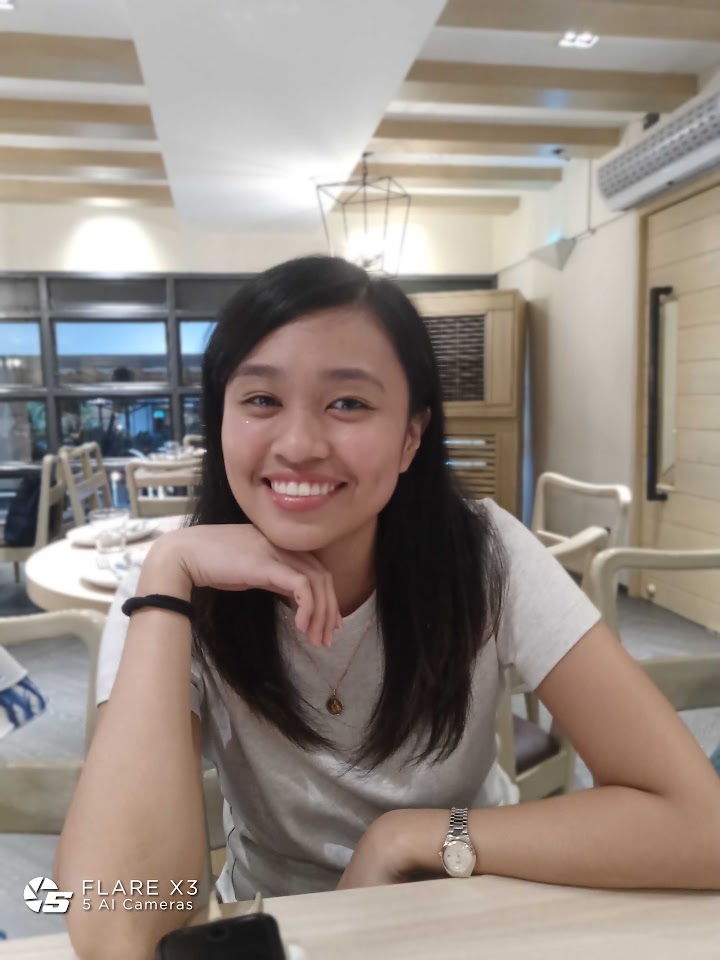 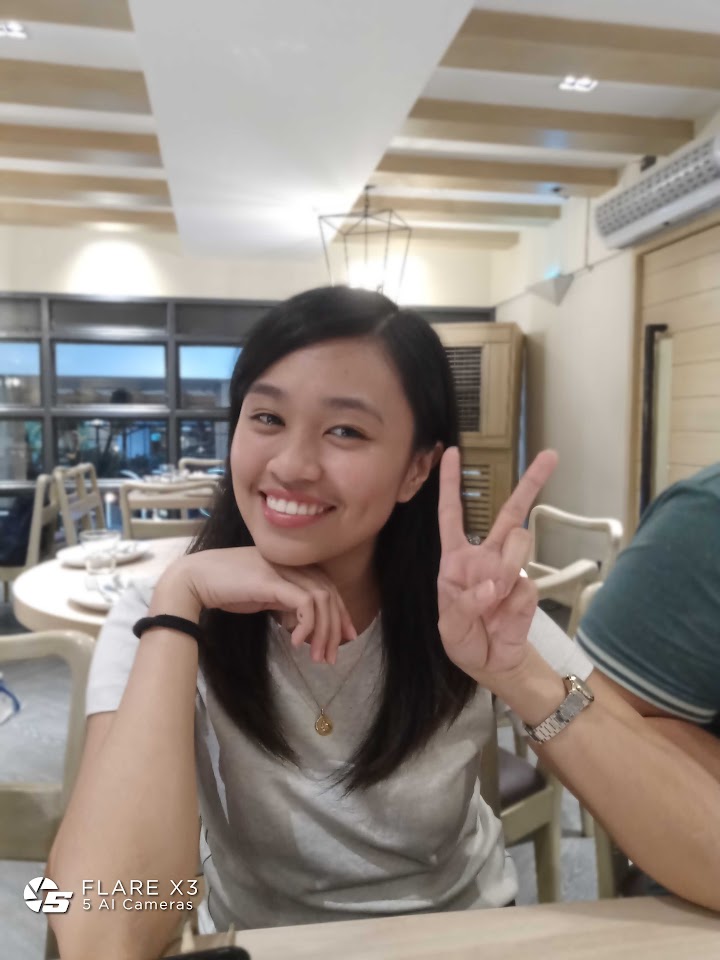 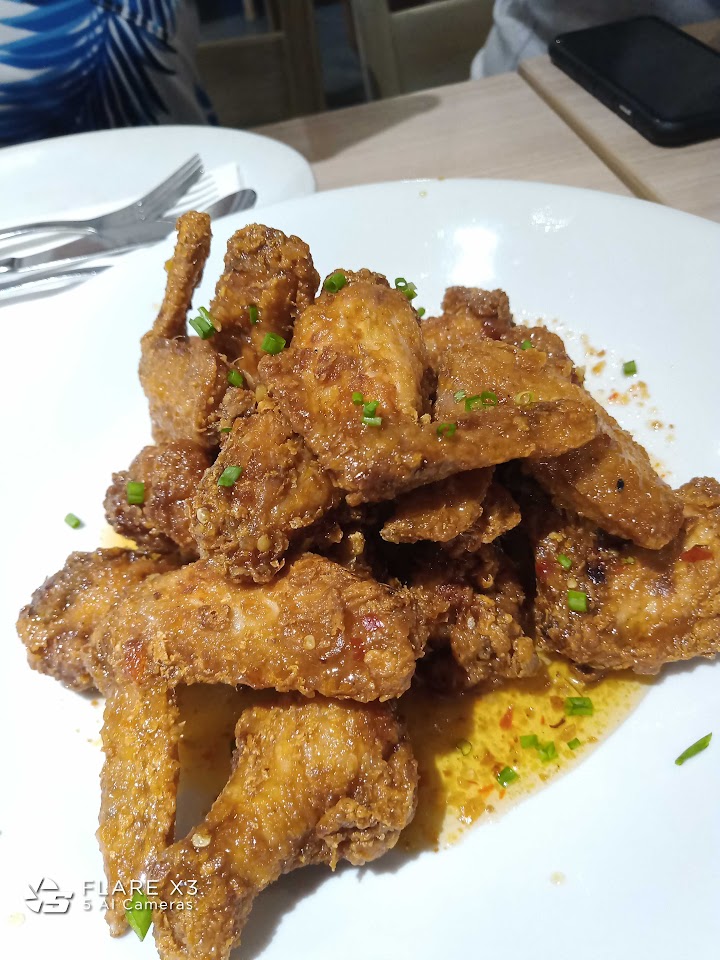 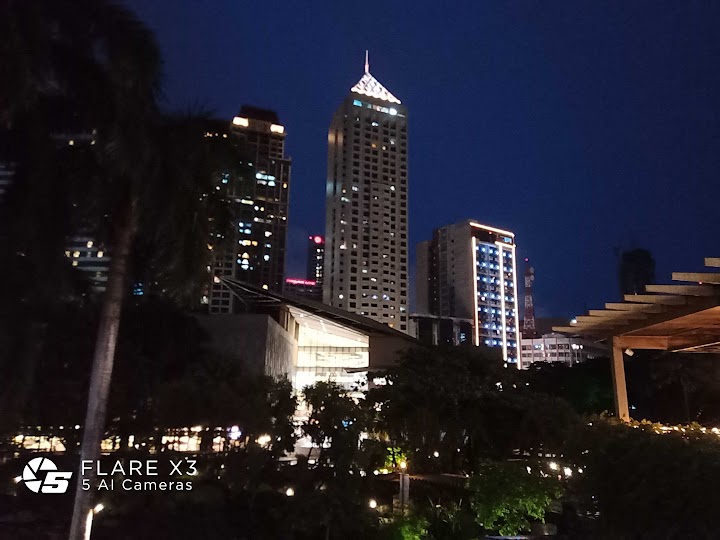 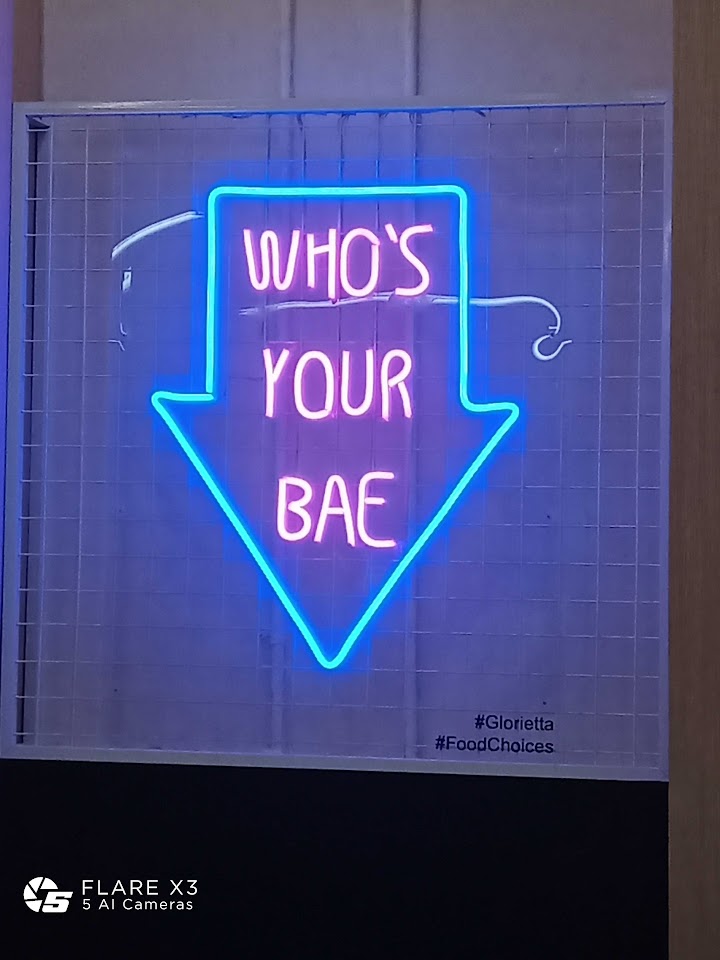 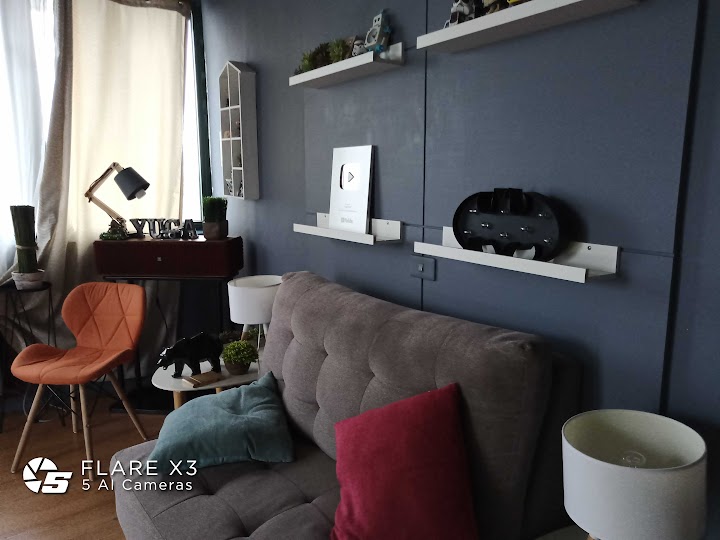 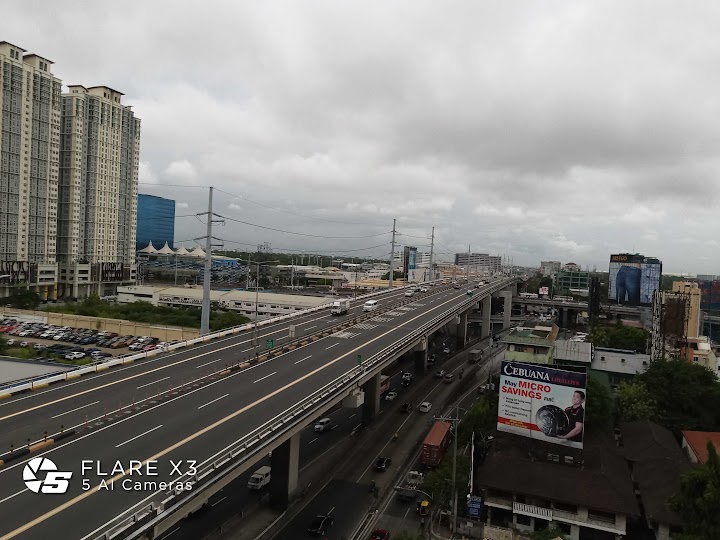 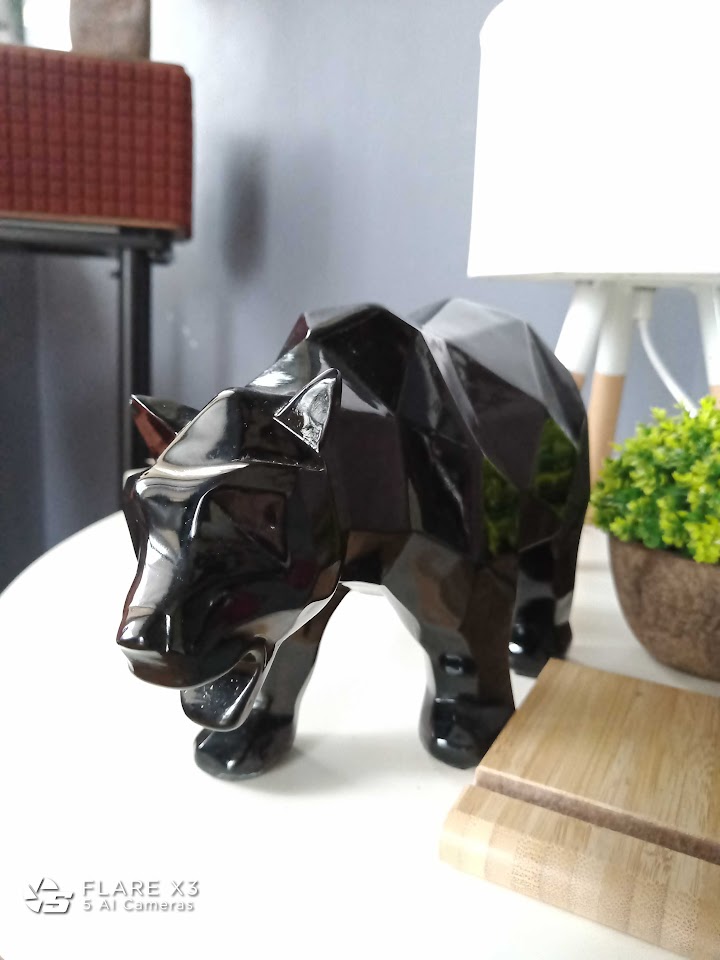 At the slightest movement, both the front and rear cameras will produce blurry shots. As much as possible, the smartphone’s cameras require a steady hand, or using a monopod/tripod would be even better.

The Flare X3 can shoot videos up to 1080p. Similar to the photos, it’s wise to use a monopod/tripod when taking videos with this as it offers no video stability.

MediaTek Helio P60 paired with 6GB of RAM powers up the Flare X3. We ran the device through our standard benchmark tests, and here are the results:

Executing tasks such as web and social media browsing, watching videos, navigating through the phone, and the like are smooth enough, even with several apps open in the background. With the camera app though, sometimes the button doesn’t register that you’re taking a photo; you’d have to press harder on the shutter button on the screen.

Gaming-wise, we tested out PUBG and Asphalt 9, and we were able to play both games without any hiccups. Both games are recommended to play at the medium setting, but you can go higher with very minimal lags and frame drops. The smartphone’s rear does warm up a little, especially when playing PUBG at the HD setting, but it’s not much of an issue overall.

For biometrics, the Flare X3 offers fingerprint scanning and face recognition. Fingerprint scanning works pretty well. However, there’s a slight issue to it. Sometimes, even when the phone unlocks using the registered fingerprint, the screen would freeze and refuse to scroll or move. Switching the screen on and off again gets rid of that, which is inconvenient. Face recognition works well and unlocks the smartphone in a second.

The usual connectivity features — LTE, Wi-Fi, Bluetooth — are present in the Flare X3. GPS is accurate, and there wasn’t any trouble using the map for directions. Gyroscope is included in the X3 as well, meaning it’s possible to play and use AR apps with this device.

A 4,000mAh battery comes with the Flare X3, and we tested it out using PC Mark’s battery test and our video loop test. On PC Mark, the Flare X3 gave us a disappointing 9 hours and 40 mins. In our video loop test, however, the smartphone lasted 18 hours and 25 minutes. It impressively doubled up the numbers given by the PC Mark test. Charging the X3 to a full 100 took us about 2 hours.

Cherry Mobile has given us a pleasant surprise with the Flare X3. It has a decent performance, 6GB of RAM, a visually pleasing display, modest battery life, and a USB-C port. The device may have a couple of drawbacks; the images produced by the camera could use a little more work, and let’s face it, that bar notch is really outdated but hey, but it’s already an improved design overall, given that the Flare X2 is even more old-fashioned than this one. Despite that bar notch, you do get a smartphone with a premium feel to it. If you’re not one who cares about the photo quality and smartphone design, and you want a decent-performing device with 6GB of RAM, you might want to cop the Flare X3 at its attractive price point of PHP 9,999.