In the world of photography, what’s generally understood is that the larger the film format is, the more detail your image has. This is one of the advantages of shooting in a medium or large format unlike when using 35mm which is common even in full-frame cameras today.

Fujifilm harnessed that edge by introducing its GFX 50S digital medium format system. At $6,500 for body-only, this professional mirrorless shooter actually belongs to the ‘affordable’ bunch. Join us as we find out if this camera is fit for someone who’s more than just a hobbyist. 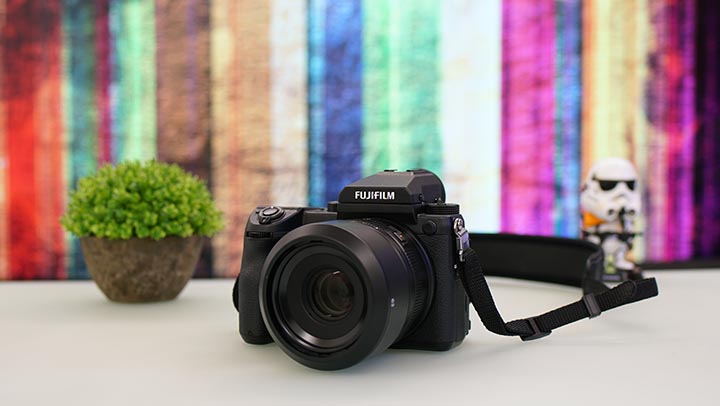 The GFX 50S sports a DSLR-like body with an all black hue and a familiar hand grip. 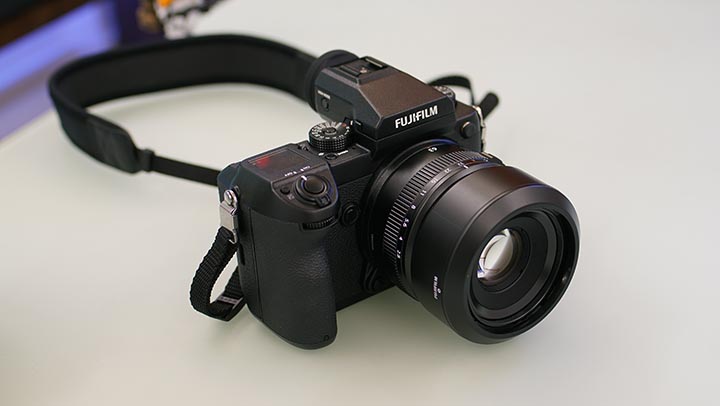 The body is made of quality materials Fujifilm is known for. Here, they used a magnesium alloy frame and weather-sealed it, too, so it feels premium, yet is tough. 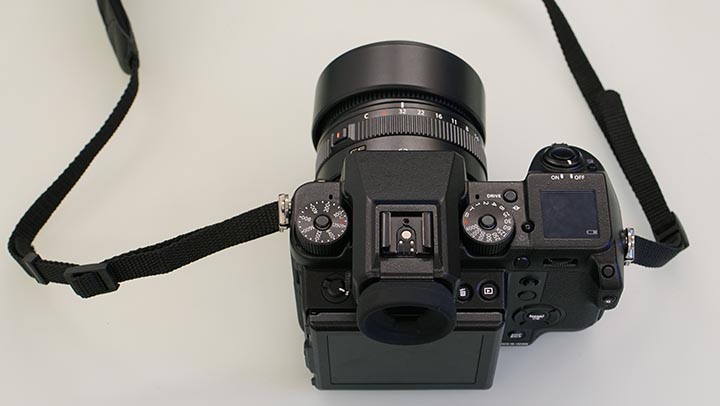 The company’s retro style bleeds to the GFX lineup with physical dials for tweaking the settings. They come with push-buttons in the middle to lock the current setting in place. 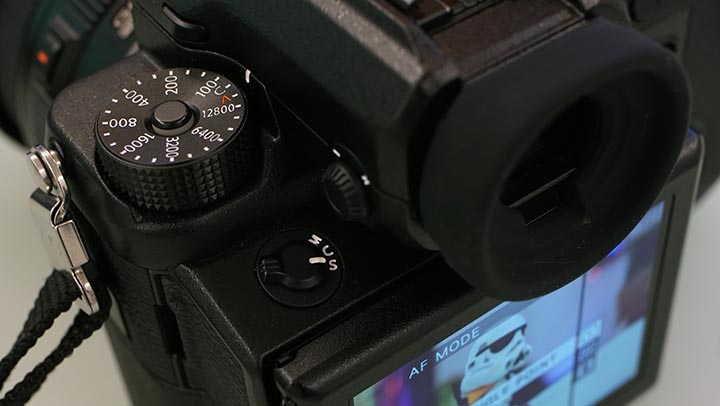 On the left, the ISO dial is placed with textured jagged sides. Also seen here is the toggle for manual and autofocus. 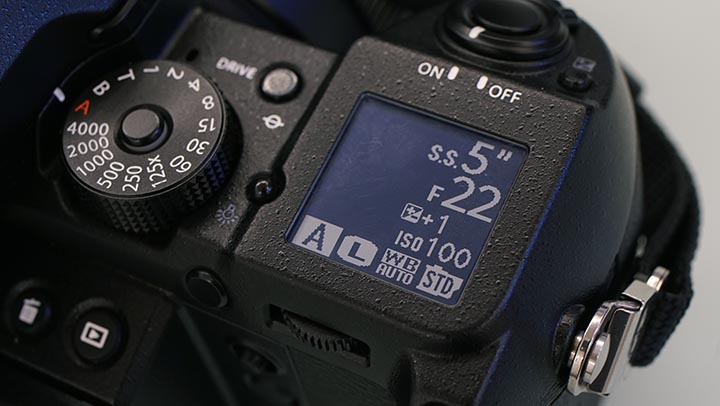 The right side holds the dial for adjusting shutter speed and dominating the corner is a secondary display which gives you important details on your settings for quick glances. When the camera is turned off, it shows how much more shots can still fit in the memory card as well as its battery capacity. There’s a 3.2-inch 2.36M-dot tilting touchscreen LCD where you can compose your shots, adjust the settings, and swipe and zoom while viewing your photos. The electronic viewfinder, on the other hand, is a removable 3.69M-dot OLED screen that attaches via the camera’s hot shoe. 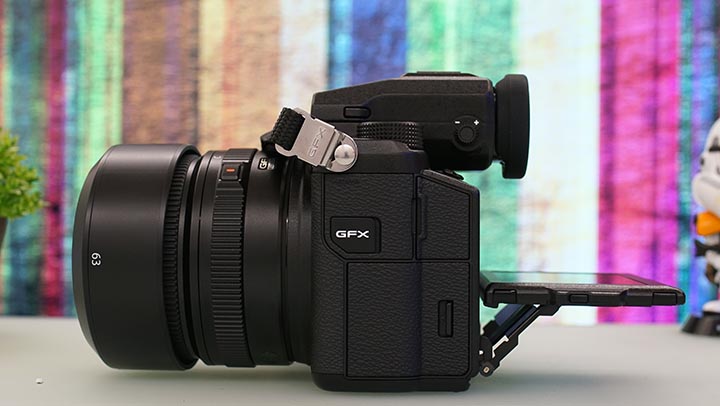 Its LCD touchscreen offers its users flexibility of viewing by being able to flip out and extend. It can be tilted in both vertical and horizontal orientations. 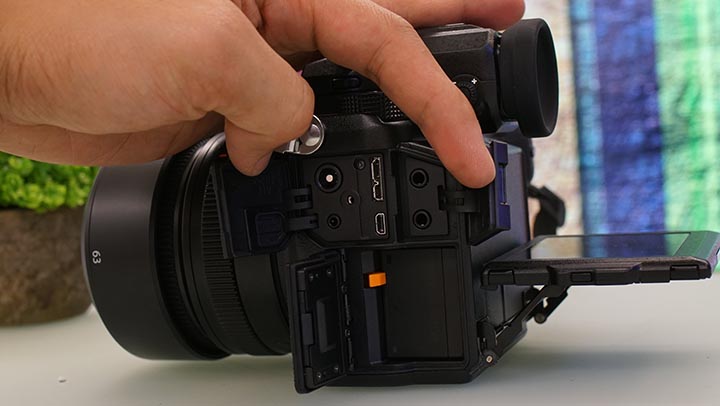 Opening the numerous flaps, we have the DC-in connector at the upper left, a microUSB (micro-B) USB 3.0/USB 2.0 connector, a remote release connector, and HDMI Micro connector. Beside those are ports for the microphone and headphones.

Fujifilm placed the battery compartment on the left side. We appreciate this implementation since this solves a common issue and helps to easily remove and swap out battery packs when the camera is fixed on a tripod. 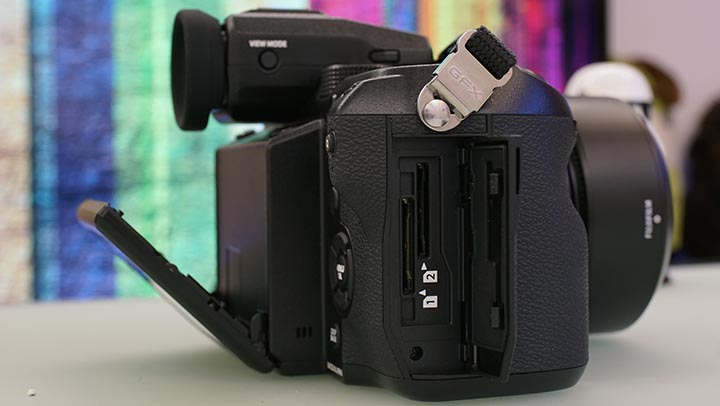 Meanwhile, it can accommodate two mini SD cards at once since, after all, the GFX 50S is targetted towards professionals. 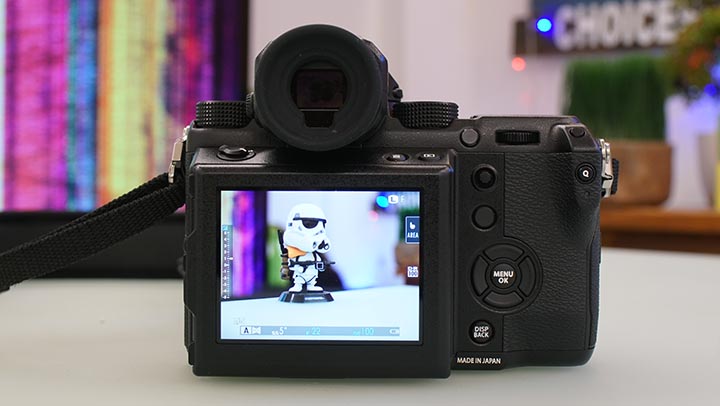 Physical controls are easy to use and are pretty straightforward. During the short time we’ve used it, the only buttons that so far proved to be a little unnatural to reach are the playback and delete buttons which are located right on top of the display. They couldn’t be reached right away and we had to let go of our grip just to press them. If the camera is set up on a tripod, though, it becomes a lot easier to access. Although it packs a bulky form factor (with that extra chunk of meat where the LCD display is attached to), it’s actually not that heavy at only 740 grams. Ergonomics is also appreciated as it’s easy to hold. Then again, it’s not a surprise from the Japanese company if we’re to look at their past imaging products.

Inside, the Fujifilm GFX 50S boasts a 51.4-megapixel medium format CMOS sensor with Bayer filter array. Image processing is taken care of by the company’s X-processor Pro which we’ve seen in the Fujifilm X-Pro2.

The GFX 50S, while it focuses accurately as long as there is enough light, is not as fast to lock on to our subject as we’d like it to be. From our experience, it takes about a second and a half to focus and in that time, a photographer may have already missed the shot of a lifetime.

On the upside, its AF-point selection joystick proved to be of great help since you can tell it where to focus on the fly. Although, once the scene gets dark, it poses a slight challenge to its autofocus system moreso if the subject is moving. 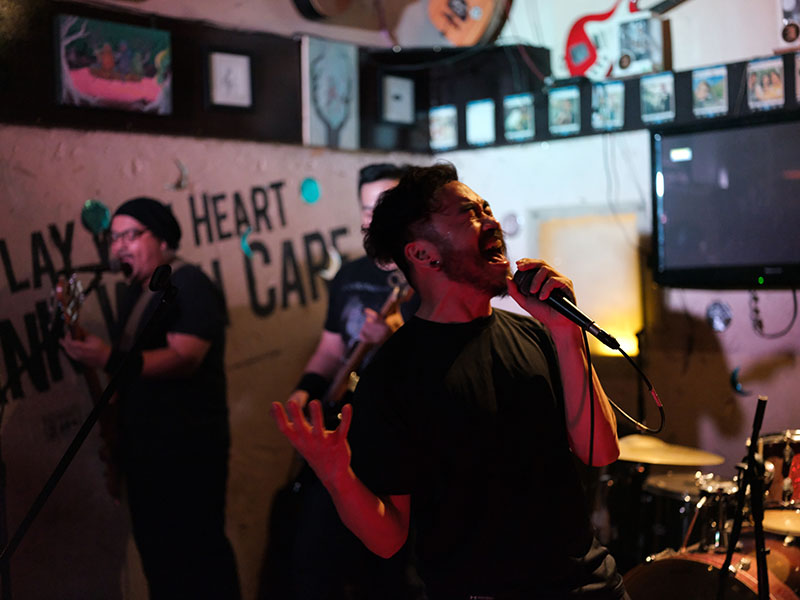 Using it at a local gig with bands playing and moving around yielded a lot of softly-focused shots since the area is dark and we were at F2.8 aperture to get the most light in without going crazy on the ISO.

This is when a flash would greatly come in handy.

Its 3.2-inch tilting touchscreen also made things a lot easier when we preview shots. We could effortlessly zoom in and out by just using a pinching motion to check if the shots were focused — thus, eliminating the need to continuously rotate the zoom dial. A simple swipe also reveals either the next and previous images. Again, effortless.

Since we’re talking about a medium format camera, details are definitely noticeable than when shooting with a full-frame. We especially like how it reveals the strands of the hair or the eyelashes when shooting portraits. 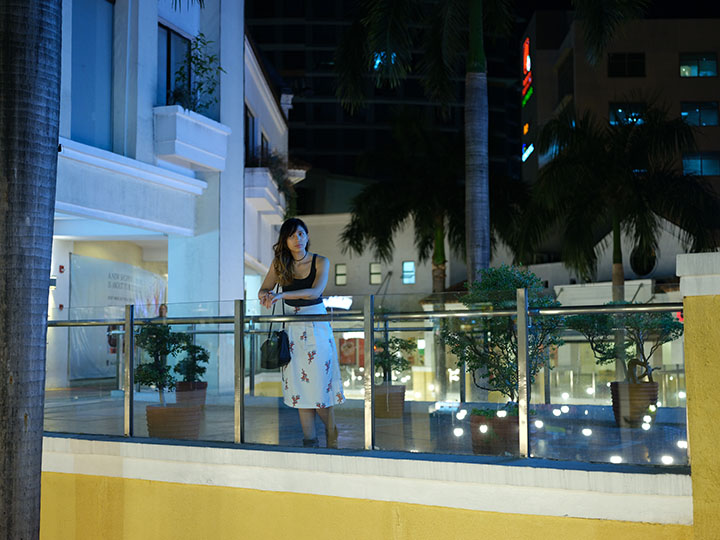 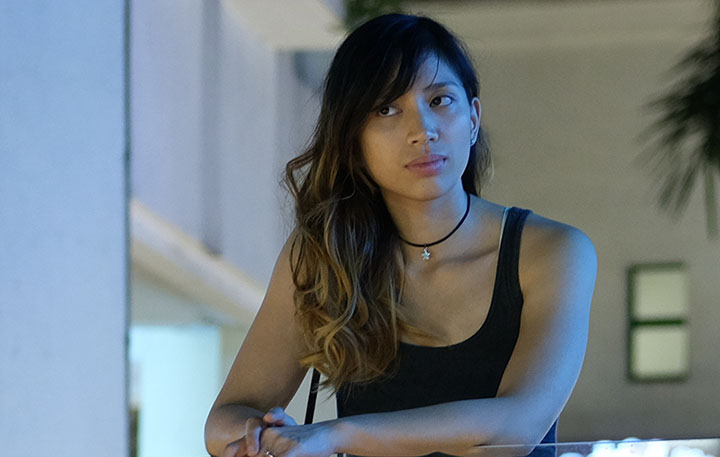 The above photo was taken at night with minimal lighting. When cropped to 100%, details are still intact with a bit of noise seen.

Colors are lively depending on what color profile you shoot. The GFX 50S also features different film simulations so you can shoot in Black and White with different profiles as well as in Sepia for that warmer look. Check out the sample photos:

Here are some more portraits:

Sadly, video-recording maxes out at 1080p at 30fps even though most cameras today (even midrange models) can already shoot 4K. This might be because the company is mainly targetting the photographers’ scene more than the videographers for this camera. Video quality has the same impressive details when there’s enough light around. Shooting low light scenarios gave off acceptable image quality but there are digital noise present due to the needed high ISO. We have a sample video:

As for battery life, the 50S carries a 1250mAh battery capacity which is of course removable. We were able to exhause a fresh pack in one session with a combination of shooting photos and videos. We’d say that the battery life is enough to fully enjoy the camera, but for professionals who shoot for hours straight, an extra pack or two is highly-recommended. 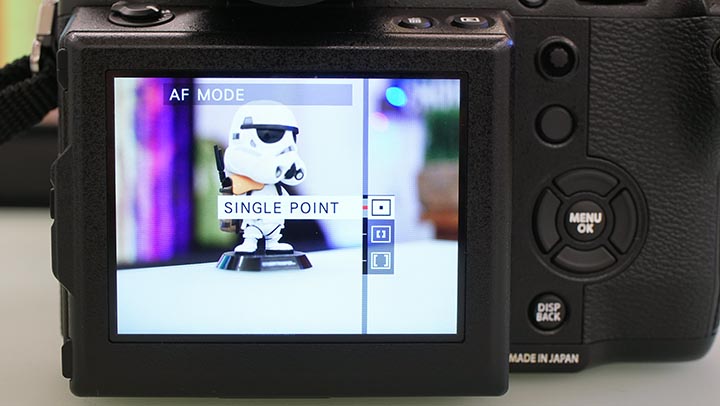 There are numerous things to like about the GFX 50S — there’s the light body, generally good ergonomics for easy operation, lovable AF-point selection stick, accurate focusing in a well-lit environment, tilting display accessible via touch, and amazing details thanks to its medium format setup.

It doesn’t break free from faults, though, as we find its autofocus to be slow and could miss important shots. Places with little light are also its weakness and we would rather use manual focus to effectively lock onto our subject. 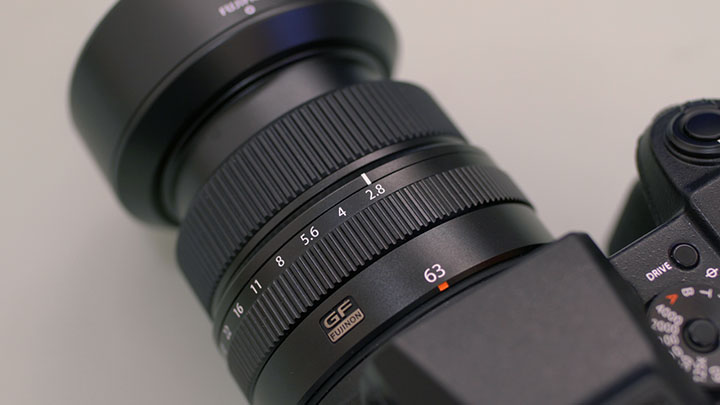 The GFX 50S was officially introduced in the Philippines at the recent PhotoWorld Asia 2017 and has a price tag of Php366,990 for the body only. Our unit came with the GF 63mm F2.8 R WR lens which costs another Php83,990 and comes with its own aperture ring for manual adjustment. This might be a steep price for a camera but for a digital medium format shooter, this is actually quite cheap as others go beyond the $10,000 price mark.