Xiaomi seems to be paying more attention to the details to bring something unusual at the same time exciting not only for their fans but also to any smartphone enthusiasts. Yes, I am talking about the Xiaomi Mi 8 Pro’s transparent back that’s a total stunner for our geek hearts. Alongside the mid-range Mi 8 Lite, this Pro version is Xiaomi’s equivalent to the OnePlus 6T. So besides that sexy back (that we’ll discuss further on), let’s see what else does the Mi 8 Pro has to offer.

While notches are getting smaller and non-existent, Xiaomi stuck to a notch as big as what the iPhone X has. We think it’s okay since it has plenty of sensors and you can easily hide the notch in the settings anyway. The Xiaomi Mi 8 Pro is a solid one with a metal frame, super AMOLED screen, and of course, the intriguing transparent glass-like back which is actually plastic. To clear it out, the visible circuit boards and chips are replicas of what’s really inside the phone, but the details sure do look convincingly real. What’s even cooler are the phrases in tiny fonts embedded on the lookalike chips. Spoiler alert, some of which are “always believe something wonderful is about to happen,” “be the coolest company in the hearts of our users,” “innovation for everyone,” and “future.” After a few accidental trips and falls, we can say that the Mi 8 Pro is very tough. It doesn’t easily get scratched even at the back part, but the only important thing lacking is an IP rating, and we’re eagerly looking forward to it in future flagship Xiaomi phones. There’s a volume rocker and power button with a bold red touch on the right, while on the left is the SIM caddy alone. There’s no mircoSD card slot here but do you need more phone storage than 128GB? The bottom keeps a pair of speaker grilles and the single USB-C connector so expect no headphone jack here. 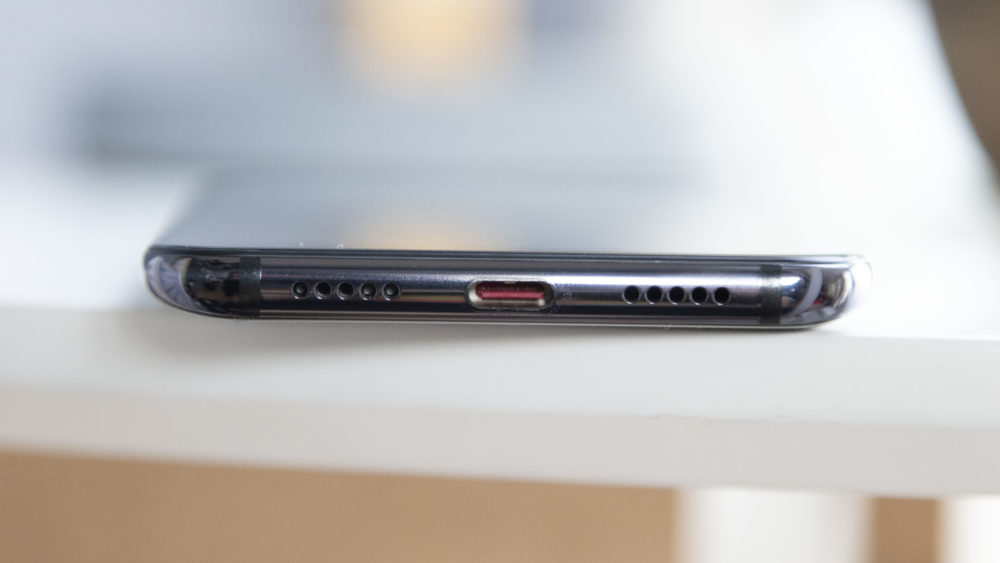 Other things you’ll get with this phone is a USB type-C headphone jack, SIM ejector tool, a clear case, quick-charge adaptor, and a type-C cable. 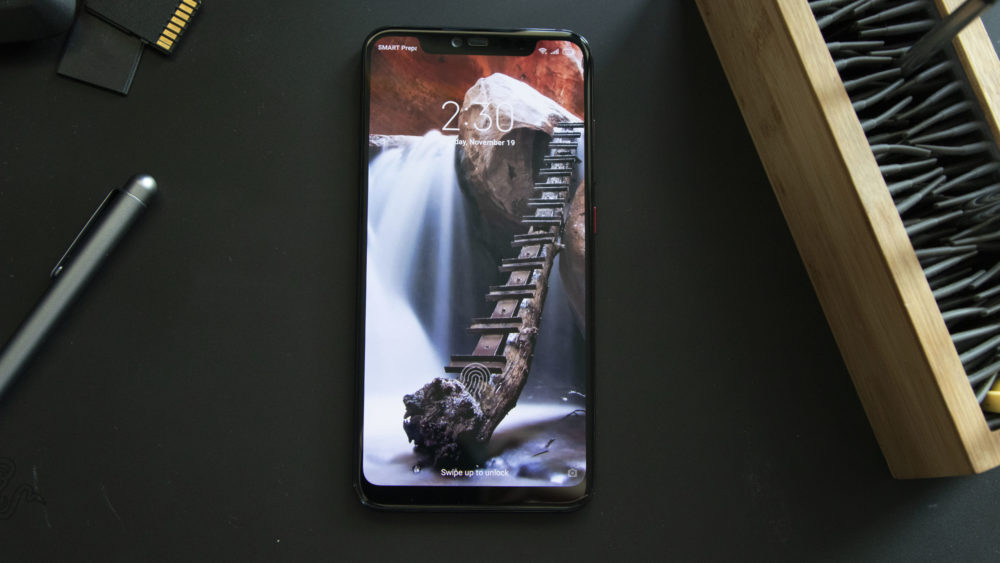 Its wide notch houses the front camera, a bunch of sensors, and the face scanning hardware that is, unfortunately, isn’t available yet if you chose Philippines as your country, however, change it to Singapore and you can now unlock the phone with your face. 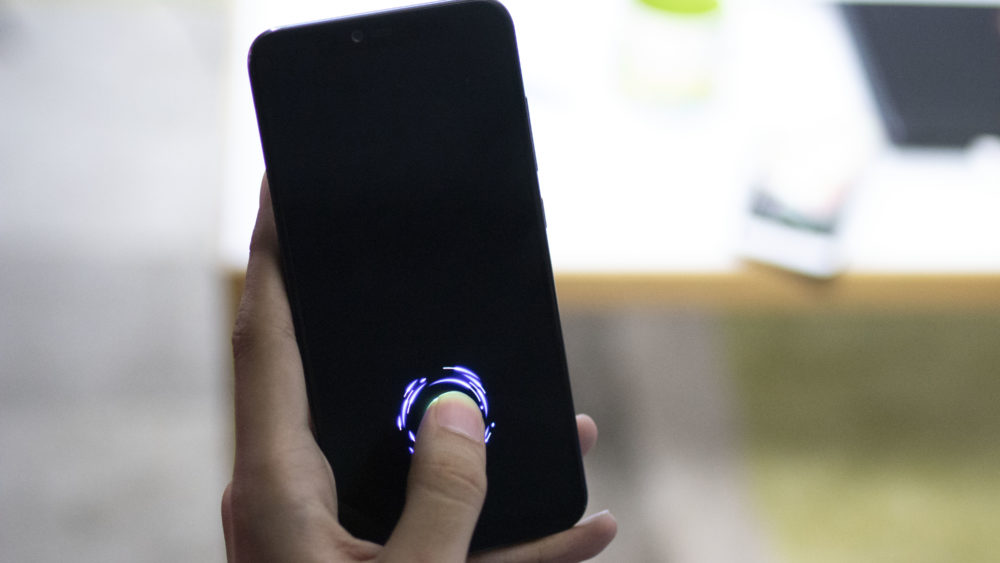 We found the face unlock quick and consistent. It takes a little time in dark places, but then again you can rely on the optical in-display fingerprint scanner, which is faster than what we’re used to. Just make sure to put a bit of pressure every time you press it since it has a pressure-sensitive technology that saves you the hassle of readjusting your finger.

Meanwhile, some apps will work full-screen while others will hide the notch automatically. There are cases when some content that supposed to be in the notch spaces are cut-off. If this bothers you, then we suggest hiding the notch completely.

Colors look vibrant and rich on the Mi 8 Pro. You can adjust the contrast and colors more specific in the settings, and we mean you’ll get to tweak it with a color wheel. There’s also the option to remove the navigation buttons and entirely rely on swipes and gestures so you get that “full-screen” experience.

Enhanced with AI, the camera app itself won’t give you a hard time familiarizing its capabilities. You get a dual 12MP camera set up at the back, and its main sensor is made by Sony while the second by Samsung to help achieve that bokeh effect. 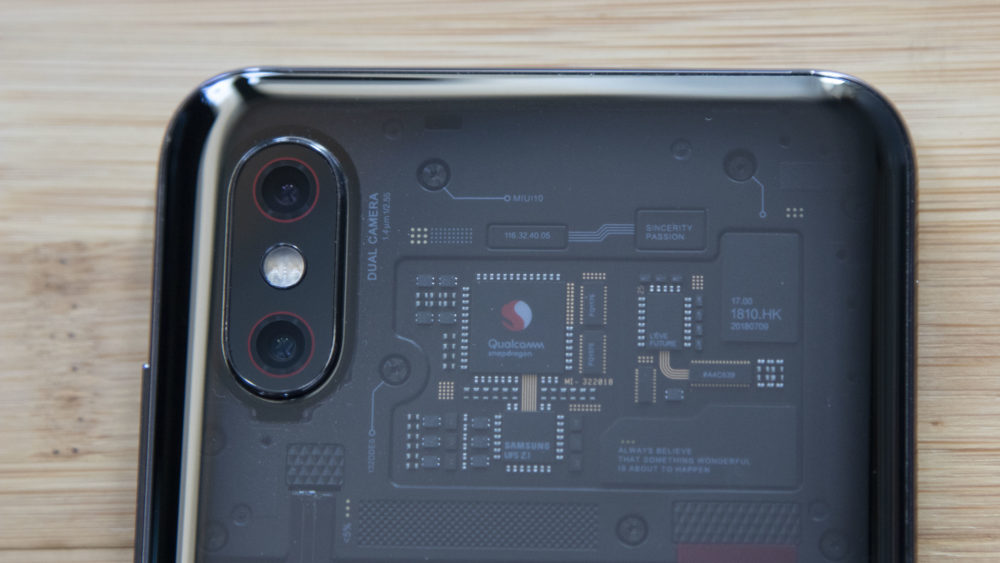 In front is a  20MP selfie lens packed with beautification features that you can specifically modify to get your desired look. The AI scene detection works well by easily identifying scenes and subjects to boost some colors and contrast. What’s good is that the AI still produces realistic-looking photos that are not too far from the original shots. However, we tested the AI scene detection with animals, and it mostly works with common pets like cats and dogs, yet doesn’t seem to know other creatures such as birds. Either way, it’s not a big deal though. Take a look at how the AI scene detection works:

Photos from the Mi 8 Pro look sharp and true to life. It slightly struggles in low-light especially its portrait mode, but you can use the manual mode if you prefer to adjust the settings personally. Other features include 2x zoom, panorama, filters, tilt-shift, straighten, group selfie, and beautify pro. Moreover, the camera app itself gives feedback regarding your environment that tells you when it’s too dark or not. 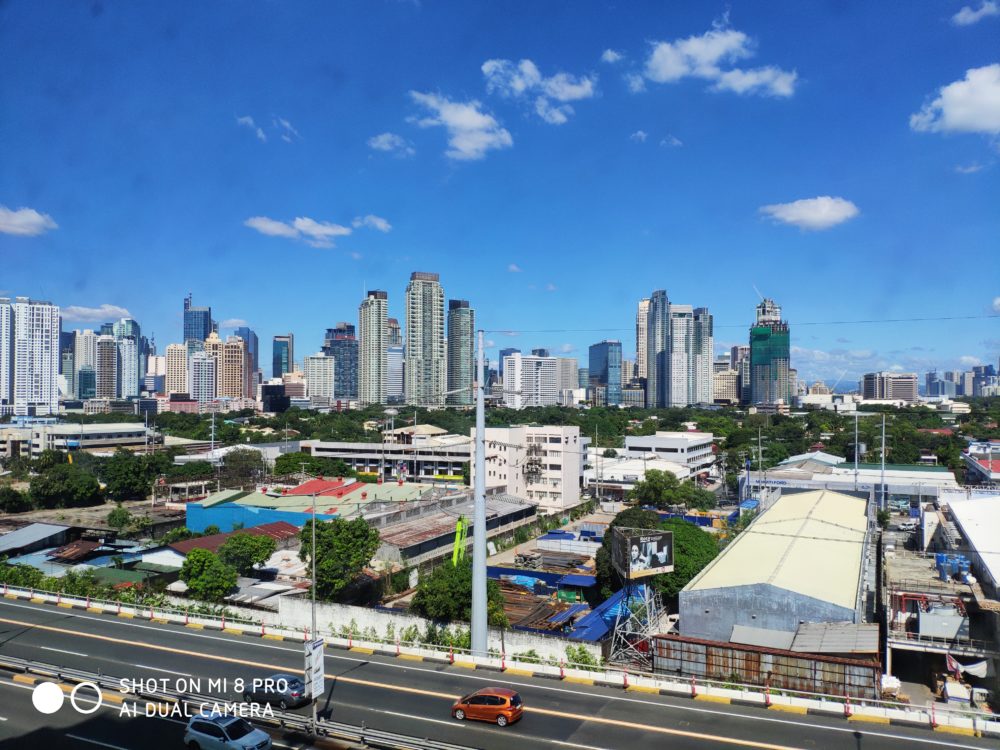 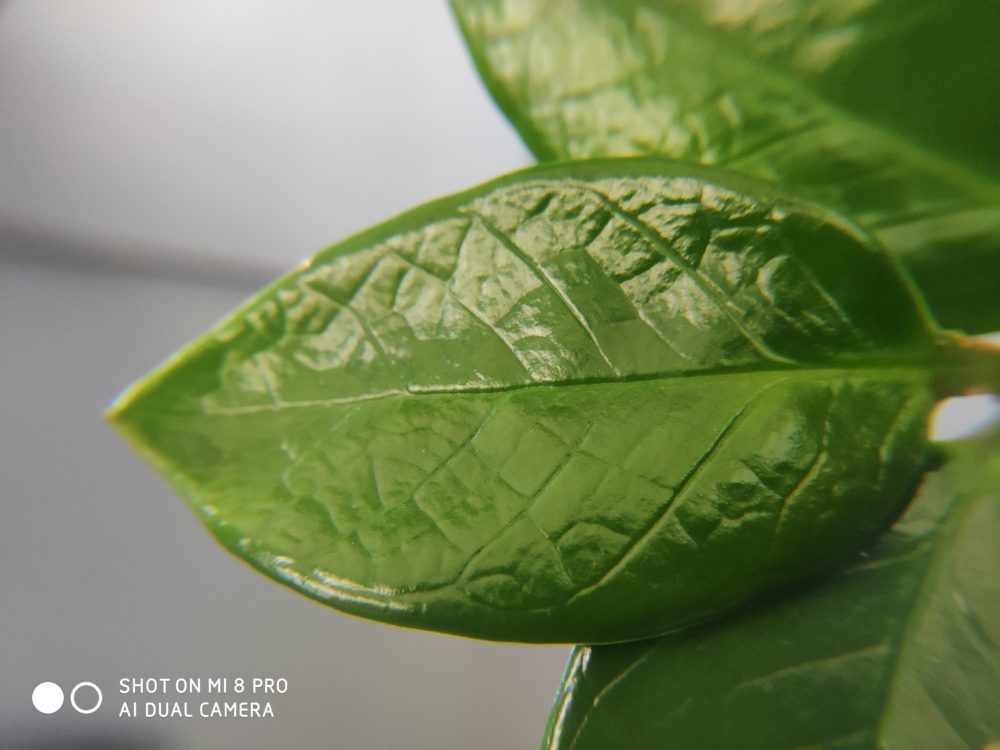 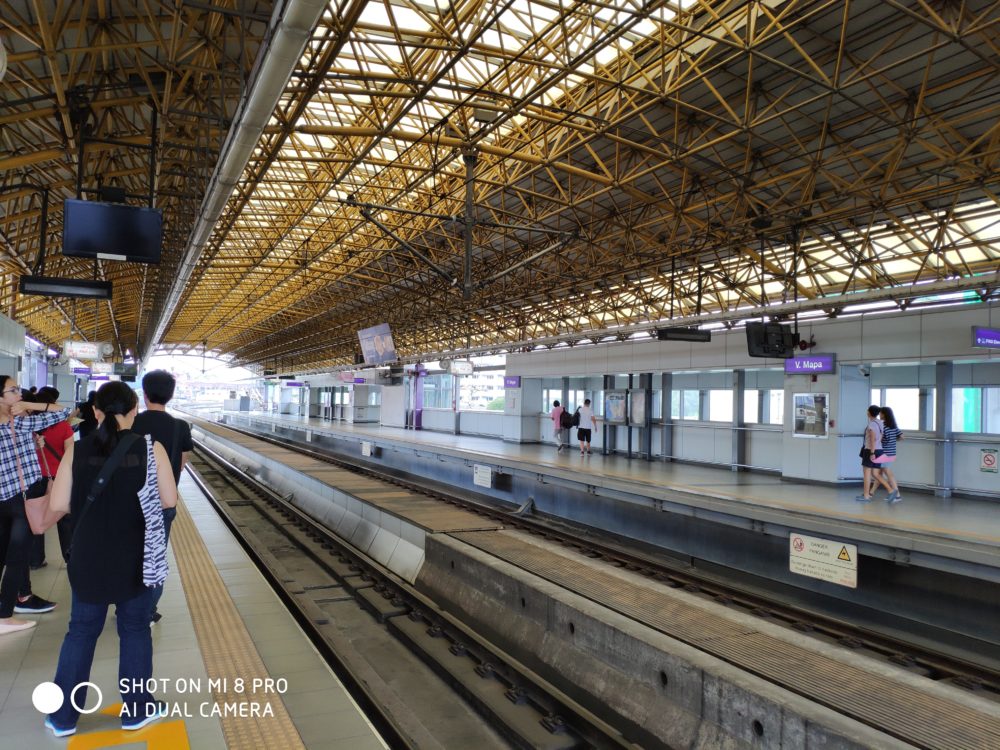 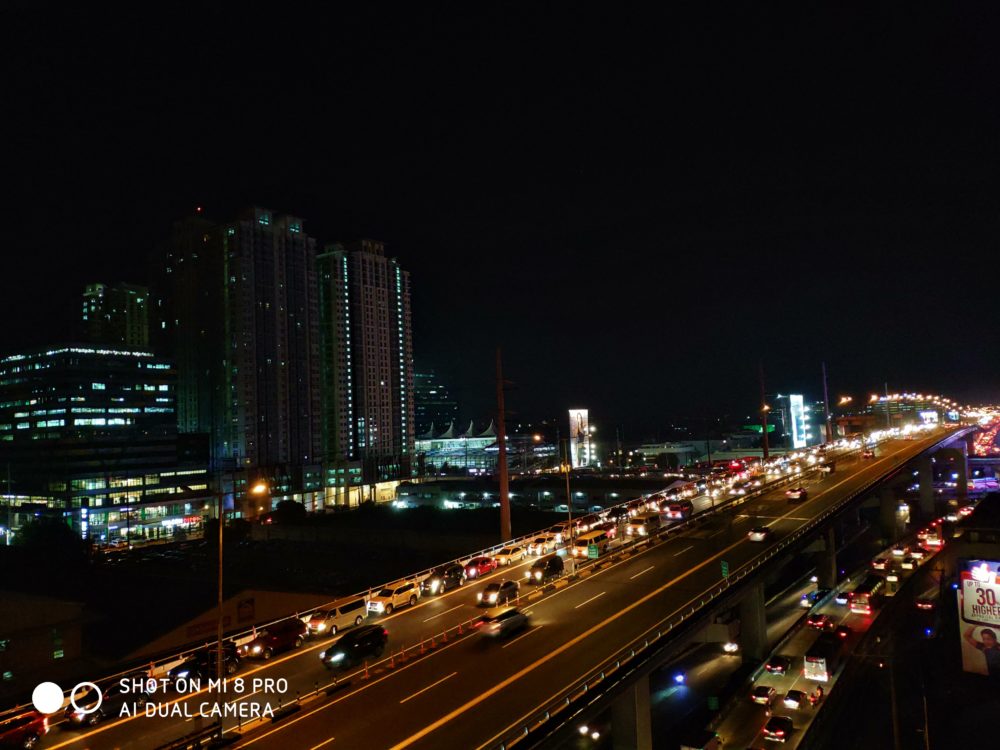 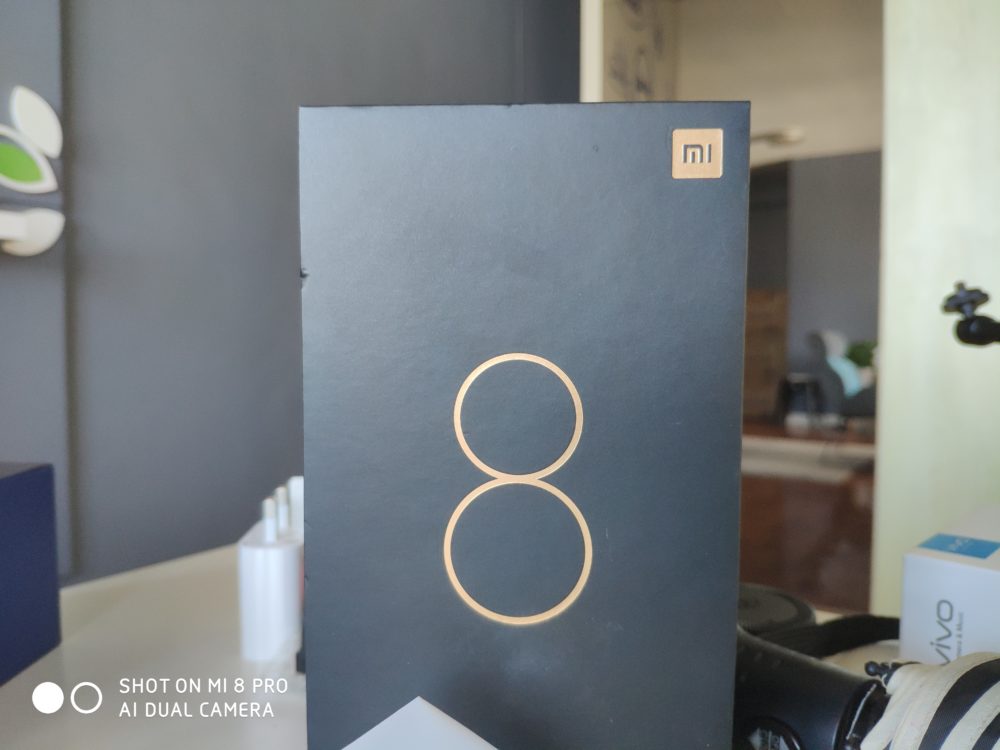 Selfies, on the other hand, are slightly similar to what you’ll get from Samsung smartphones. It’s bright and smooth, and you can play around its other advanced features in the settings like focus & shoot, burst shoot, and the quality.

For videos, The Mi 8 Pro can shoot at a maximum of 4K resolution at 30fps with video stabilization. You also get other standard features like the time-lapse and 120fps slow-motion. Watch the sample below.

On top of its Android 8.1 Oreo is Xiaomi’s MIUI9 that looks simple, clean, and easy to navigate. Of course, it will be very familiar for long-time Xiaomi users and expect it not to rely on a lot of Google services.

There are small features that you never thought you needed like the ability to display the connection speed, or the automatic turning off of the hotspot when not in use. There’s also the switch feature that allows you to create two home screens differently and even secure each with different fingerprints. It works just like your profile in your computer with multiple users.

There’s also a one-handed mode you can take advantage of as well as the ability to create dual apps. Game speed booster is also on board to silence incoming calls when playing games.

Powered by the Snapdragon 845 paired with 8GB RAM and 128GB of internal storage, the Mi 8 Pro is more than enough for your everyday activities and gaming. In our experience, playing graphics intensive games like PUBG Mobile works smoothly with not much hiccups. Apps launch fast and switching in between them is smooth even if there are a lot running in the background. Although the sound quality is average and having the speakers placed at the bottom of the phone makes it prone to be covered by hand when used in landscape mode. 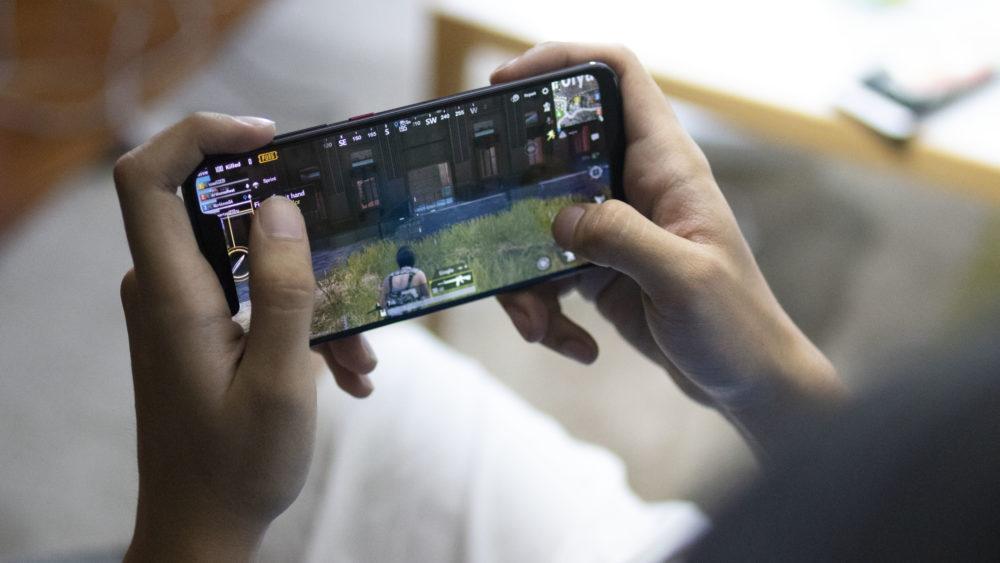 Check out what we got from our standard benchmarks run through:

Connectivity won’t be a problem since the Mi 8 Pro has dual-SIM, 4G LTE, Bluetooth 5.0, NFC, and GPS. It’s dual-frequency GPS is claimed by Xiaomi to be more accurate since it uses both L1 and L5 signals in coordination making it perform well even in locations with plenty of buildings around you. The only thing missing is a microSD card slot, but you get 128GB of storage, so we guess that it won’t be a problem.

For signals, the Mi 8 Pro absorbs strong LTE and WiFi reception. Everything works well as long as you have a good signal in the area.

Keeping the phone rolling is a 3,000mAh battery which is quite disappointing for a flagship phone, but it supports fast charging so better remember to bring a charger when going out. In our video loop test at 50% brightness, 50% volume, and in Airplane mode, we got 13 hours worth of playback. Sadly, we weren’t able to get a PC Mark rate because the app kept crashing. But overall, battery life is okay and enough for a day if you’re a light user. 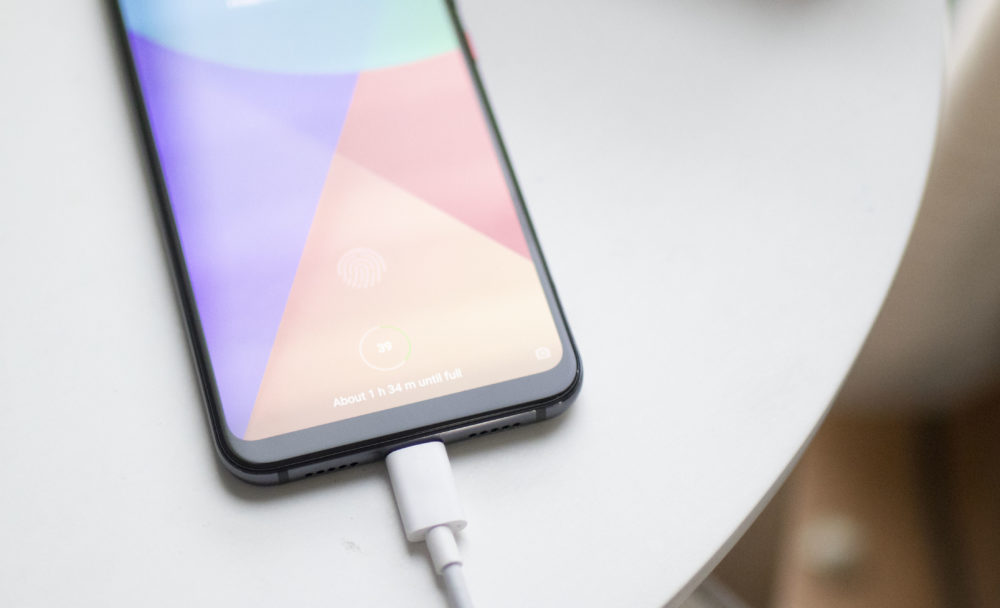 Xiaomi has been consistent in producing powerful smartphones at reasonable price tags. They have been more conscious of the design equally with the Mi 8 Pro, and that is great. It performs smoothly and provides excellent photos and videos that you can store in its 128GB storage. Also, enjoy the in-display fingerprint scanner and of course the transparent back that is a sure head-turner, making people think twice about buying something else. 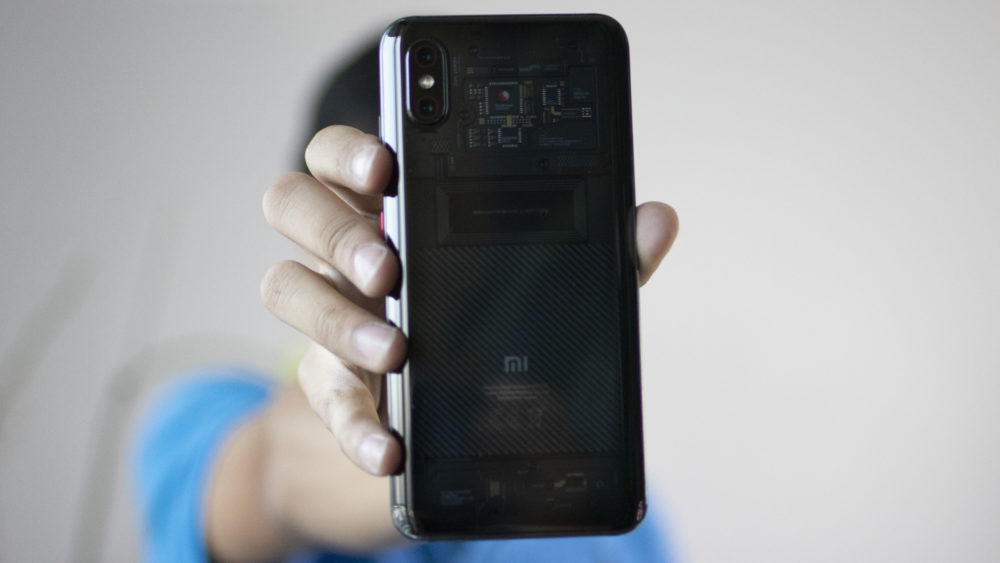 However, there’s no IP rating, microSD card slot, wireless charging, and headphone jack, but hey, what do you expect from a PHP 32,990 flagship smartphone? We think the Xiaomi Mi 8 Pro is a competent one that long-time and new Xiaomi users can rely on and appreciate.