Last year, over a billion smartphones were shipped worldwide. And while many smartphone vendors are slugging it out for their market share, a few companies have managed to ride the waves fairly easy. Among them are glass manufacturer Corning, makers of the venerable Gorilla Glass; and Qualcomm, the chip vendor that powers majority of smarpthones being produced and is also the dominant supplier for high-end devices. 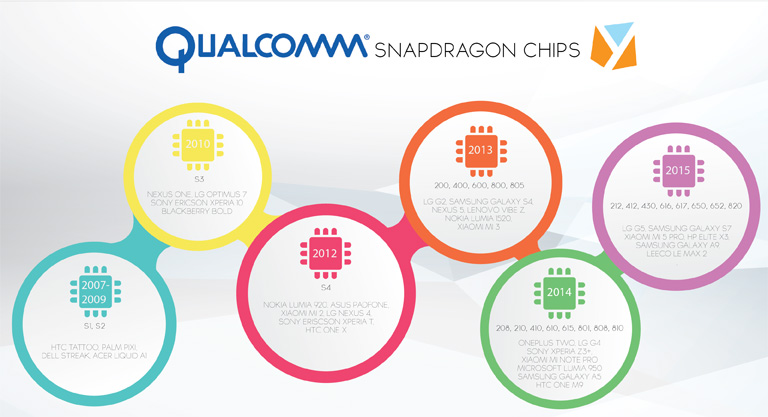 HTC Dream a.k.a. Google G1 (Qualcomm MSM70201A ARM11 528MHz). Google annoucned the very first Android smartphone in September 2008 and we managed to get a hold of a unit for review the following month. You can check our review here.

HTC Hero (Qualcomm MSM 7200A 528MHz). Prior to the re-branding of the Snapdragon series, Qualcomm was the firts one to power some of the early Android smartphones. Among them is the HTC Hero. I bought my first Android in 2009 after seeing the Google G1. It had 288MB of RAM and 512MB of storage.

You can read our review of the HTC Hero here. 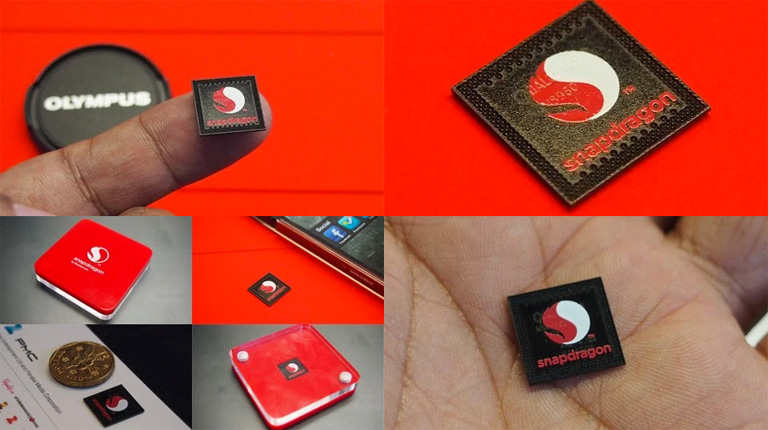 Around this time, Samsung was getting its processors from Texas Instruments (TI OMAP) before developing its own Exynos chip.

HTC HD7 (Qualcomm QSD8250 Snapdragon S1 1.0GHz). HTC made one of the first Windows Phone 7 devices back in 2010. Running ona Snapdragon S1 chip with 1.0GHz processor and 576MB RAM, it was actually snappier than the equivalent Android phone. We loved it so much we got and one used it for almost a year.

You can read about our HTC HD7 review here.

Dell Streak 5 (Qualcomm QSD8250 Snapdragon S1). Dell made their first Android smartphone back in 2011 and the Streak 5 is actually one of the biggest at 5 inches. It was also the very first pocket tablet running a Snapdragon processor.

You can read our review of the Dell Streak 5 here.

Sony Xperia S (Qualcomm MSM8260 Snapdragon S3). In January 2012, Sony announced their first Sony-branded smartphone, the Xperia S. This was the result of its break-up with Sony-Ericsson. It was powered bya Snapdragon S3 chip running a dual-core 1.5GHz Scorpion processor.

You can read up on our Sony Xperia S review here.

Insert timeline: LG made world record when it announced the first dual-core smartphone, the LG Optimus 2X. It came with a Tegra 2 dual-core 1.0Ghz processor with 512MB of RAM.

HTC Desire HD (Qualcomm MSM8255 Snapdragon S2 1.0GHz Scorpion). In 2012, the Scorpion chip was the first one to break the 1GHz barrier in a smartphone.

You can read about our review of the Desire HD here and the HTC Desire V here.

Asus Padfone (Qualcomm MSM8260A Snapdragon S4 Plus). In June 2012, Asus announced their own hybrid smartphone in a tablet, the Padfone. It runs on a Snapdragon S4 Plus chip which has a dual-core 1.5GHz Krait processor.

You can read more about our HTC Butterfly review here and our HTC One M7 here.

If you looked back, Qualcomm wasn’t really getting a lot of accolades at the start. NVidia was making good strides and made the first dual-core and quad-core chips. I also remember Qualcomm was making a statement that their single-core chips were more efficient and powerful than a dual-core chip and didn’t want to play the multi-core game.

Texas Instruments was also making a bit of a progress, having been used by Samsung, LG, Motorola, Sony, Balckberry and many others. In 2012, Texas Instruments exited the smarpthone business in 2012 with the Blackberry Z10 among the last smarpthones to ever use the TI OMAP OMAP4470 chip. 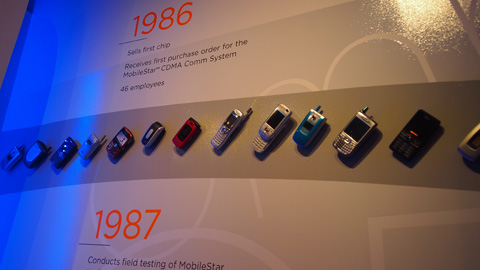 In 2012, we visited the Qualcomm Headquarters in San Diego, Calofornia and saw this wall of mobile phones in their museum (read more).

However, since the introduction of the Snapdragon 600 in January 2013, it made great progress and pull out a significant lead. Today, almost all flagship phones carry a Snapdragon chip (the SD820 being the latest).

Qualcomm also made their SOC (System-on-a-Chip) more integrated and efficient, including a lot of features like DSP, LTE and ISP and suport for DDR4 memory and Quick Charge 3.0.