Following the recent report about Xiaomi becoming the number two phone brand globally, Xiaomi has also claimed the third spot in terms of smartphone sales in the Philippines for Q2 2021. 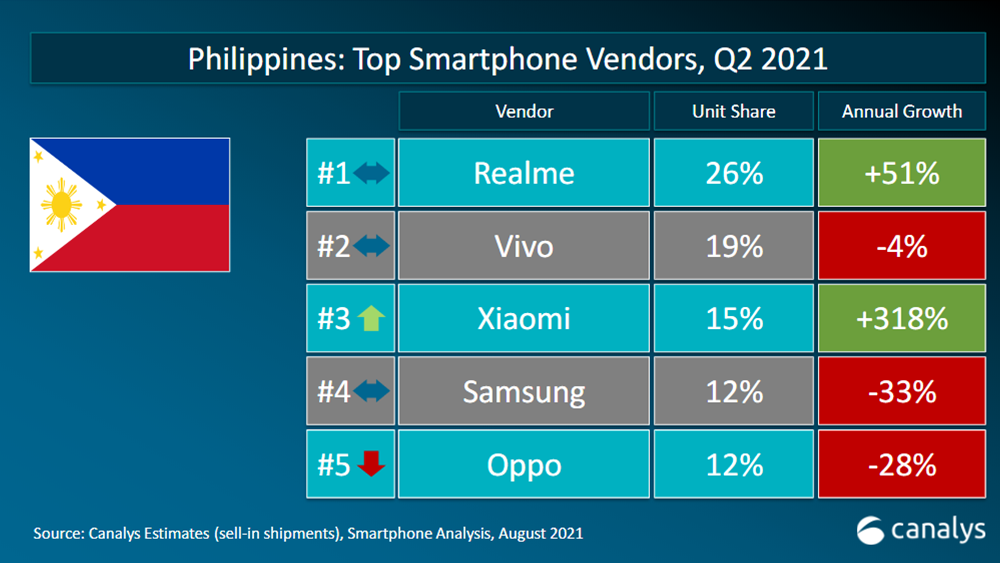 According to a report on the country’s Top Smartphone Vendors for Q2 released by Canalys, Xiaomi has achieved a 15% share with a 318% growth rate, which is the highest among the top five smartphone brands in the Philippines. Since Xiaomi launched its first premium flagship Mi 10 series, it has been continuously innovating in areas such as imaging, display, charging, smart manufacturing, and more.

realme is still number one with a market share of 26% and an annual growth of 51% for the quarter. Coming in second is vivo, fourth is Samsung, while OPPO is at fifth.