Yesterday, we brought you the most-read stories at YugaTech in 2020. This time, we’re going to take a look back at 10 of the most-read reviews on the site.

Author’s note: The list contains reviews published in 2020 and is arranged by pageviews from lowest to highest.

The Realme C3 looks to be a decent upgrade from the C2. It’s got a sizable and bright display, a rather new entry-level gaming chipset, a decent battery life, and a pretty nice interface. Users might be disappointed in the lack of Nightscape and the device’s micro USB port. Still, for the asking price, the C3 is an impressively competent smartphone. It’s worth considering whether you’re switching from the C2 or just looking for a dependable entry-level device.

The Realme 5i is basically a Realme 5 but with a lower front-camera resolution, a different design, and a lower price tag. Priced at PHP 6,990 with 3GB + 64GB configuration, it’s just PHP 1,000 less compared to the Realme 5 with the same configuration. Realme basically wants to further strengthen its foothold in the budget segment.

The Realme 6i is a strong start to the lineup’s release here in the Philippines, providing a lot of features and reliable performance at an affordable price. With its competitive asking price, it’s a tough deal to beat if you’re on a budget and looking for a very reliable phone that excels in almost everything it aims to be. It has some drawbacks like its subpar display and very average camera system. But that aside, Realme did a great job with the 6i.

Finally, let’s talk about price. As I’ve mentioned earlier, the Huawei Y6p is priced at PHP 5,990, which is a solid deal considering its massive battery, deliverable cameras, wireless reverse charging support, 64GB of internal storage, and 4GB of RAM when usually, phones on this price range typically have 3GB.

With an attractive physical design, above-average camera quality, and good battery life, the Redmi Note 9 is a promising mid-range device that doesn’t skimp out on performance and build quality. By no means is this a hardware beast, but for what it can offer at a very competitive price point, it’s a pretty good choice for those looking to buy a mid-range class smartphone with an entry-level price. 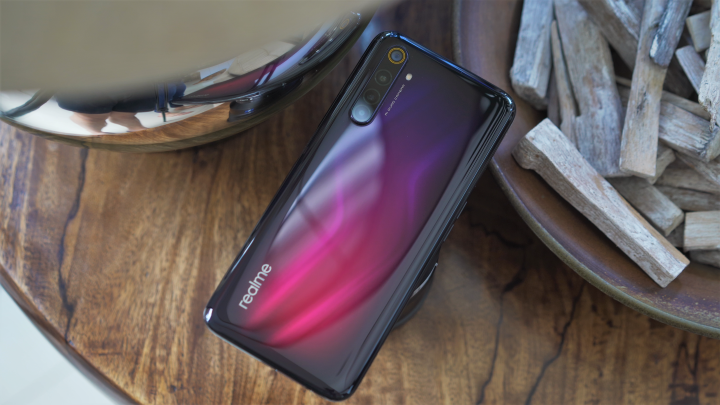 With a price close to PHP 20k, The Realme 6 Pro has a lot of interesting features on board. This includes a 6.6-inch 90Hz display, a Snapdragon 720G chip, a 4,300mAh battery with 30W Flash Charge, and a total of 6 cameras, four at the back and two in front. It’s a great device and is the best in the series, but I think most people are better off with the standard Realme 6. You still get excellent performance, long battery life, high-speed charging, and a 90Hz screen, but at a much lower price.

The Huawei MateBook D14 is a very capable notebook for its price at PHP 42,990 for the Ryzen 7 3700U model. It’s better than the MateBook D15 (and slightly more expensive, by the way) and still offers exclusive features that will benefit Huawei mobile users. If you have, let’s say, a P40 series smartphone, and/or the MatePad Pro tablet, having a MateBook such as this will improve your workflow. This is a laptop that has extras compared to other laptops in its class. That is if you’re within the ecosystem.

Huawei has brought its mid-range Nova to the next level with the Nova 7i. It has a beautiful display, excellent performance, good cameras, and a large battery with impressive charging tech. The best part is that it’s priced at just PHP 13,990, making it one of the best-performing Android smartphones under PHP 15K for 2020.

This phone offers decent cameras and a modest IPS display in a sleek and robust form factor. It’s not far from its predecessor, but we do get a more improved lag-free performance with reliable battery life. Of course, there’s some competition today in this price range, but the Note 9 series definitely hasn’t lost its game. For its price, consider this another bang-for-your-buck smartphone.

And there you have it. Looks like the list is dominated by realme, Huawei, and Xiaomi, which are some of the most popular smartphone brands in the Philippines. We’re looking forward to more reviews in 2021, so stay tuned for that.