DITO has already started rolling out in Metro Cebu and Metro Davao. As we previously reported, the telco has recently announced more information about its services, including its SIM card pricing and the initial list of compatible devices. Meanwhile, a new subscriber has shared his experience with the new DITO SIM, indicating that it works as well with other phones. 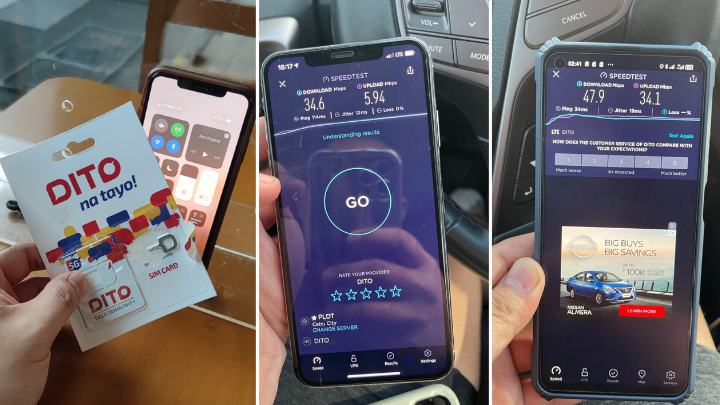 As shared on Facebook, Drew Sarmiento has given his feedback about his recent experience with the latest telco DITO. The subscriber mentioned that he tried using the SIM card on an iPhone and a Xiaomi device, which are not part of DITO’s initial list of compatible devices, but the SIM did work on the said devices by manually changing the phone’s APN settings.

“I did have to manually change the APN settings to access the net. For iPhone, I toggled the VoLTE on. For Xiaomi I had to research and activate VoLTE via a code,” said Sarmiento in the post.

Sarmiento also said that you can purchase the SIM card on DITO’s website, but you can only transact using the phones on their “compatible” list.

According to DITO, it currently supports select VoLTE mobile phones. Check out their initial list of compatible handsets below. 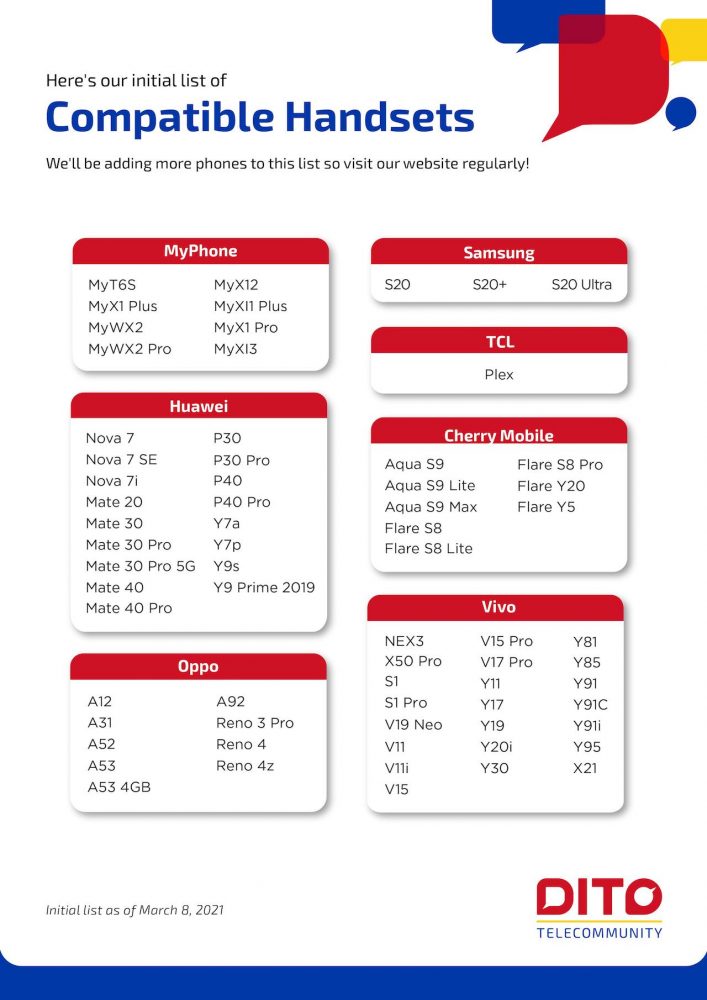 Sarmiento, however, disclosed that he is happy with DITO’s SIM in terms of its speed and voice quality but remarked “needs improvements” on how it is being sold. Furthermore, he also stated that his post is not to put down DITO but only to give a fair and unbiased consumer perspective based on his actual usage.

You can read more about DITO here.