The Securities and Exchange Commission (SEC) has issued a warning against XIAN COIN (XNC), a digital currency being promoted by Christian Albert Gaza, also known as Xian Gaza. 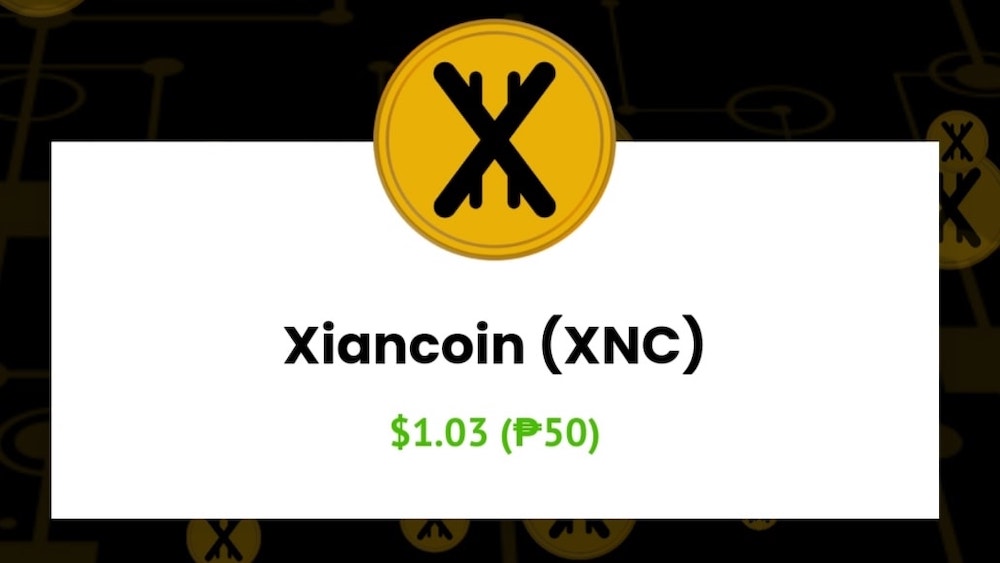 According to the SEC, Xian Gaza, as well as individuals or groups representing XIAN COIN, are enticing the public to invest in the digital currency, claiming that holders of XNC will enjoy a high range of price stability and appreciation of value due to the fact that it is taking advantage of a single, centralized supply chain. It also claims that it has a limited global supply of 75 million XNCs.

Based on its website, https://xianco.in/, which is now inaccessible as of writing, that the primary function of Xian Coin is “to create a powerful, unregulated and untraceable financial payment system that will power transactions and businesses across geographical spheres.”

The SEC states that XIAN COIN or XNC is subject to the regulatory authority of the commission since it partakes of the nature of securities in the form of investment contracts due to its centralized nature. Under the Howey Test, an investment contract exists when there is an investment of money in a common enterprise with a reasonable expectation of profits to be derived from the efforts of others.

The SEC added that XIAN COIN is not registered with the Commission either as a corporation or as a partnership, and is not authorized to solicit investments from the public. In addition, it is not registered as a Virtual Asset Service Provider (VASP) with the Bangko Sentral ng Pilipinas, has no white paper, and has no working model. The commission also added that Xian Gaza has an unsavory reputation and has boasted that money from Xian Coins will bankroll his underground activities.

The SEC is therefore warning the public that the scheme employed by XIAN COINS clearly shows an indication of a Ponzi scheme, where monies from new investors are used in paying “fake profits” to prior investors and is designed mainly to favor its top recruiters and prior risk takers and is detrimental to the subsequent member in case of scarcity of new investors.

The public is also advised not to invest or stop investing in any scheme offered by any individuals/entities operating under XIAN COIN or such other entities engaged in similar activities or initial coin offerings and digital asset trading which are not compliant with the BSP and the Commission.

Those who invite or recruit other people to join or invest in this venture or offer investment contracts or securities to the public may be held criminally liable under Section 28 of the SRC penalized with a maximum fine of PHP 5,000,000.00 or imprisonment of 21 years, or both, pursuant to Section 73 of the SRC.