Google is said to be in the process of releasing an 8.9-inch variant to add to its well-received Nexus lineup. The Nexus 8.9 could feature a display with more than 2K resolution and will hit store shelves some time in June if alleged reports prove true. 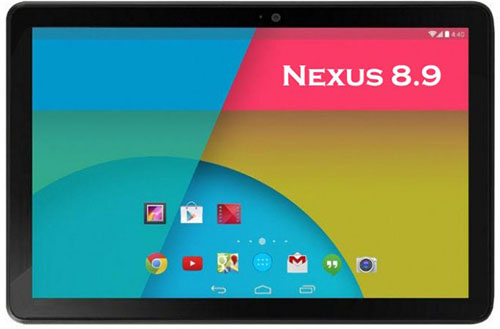 According to the Director of Tablet and Monitor Research at IHS Technology, volume production of the ‘high-performance’ Nexus 8.9 is expected to roll out in either July or August, after its probable announcement at Google’s I/O event in June.

Although it might seem that Google isn’t inside its familiar territory with big-sized devices, its selling point will be its reasonable pricing and better performance ratio. The Nexus 8.9 (which HTC could be making) should be around $299 (Php13,500) and would carry the next Android OS.

It looks like we’ll be seeing more tablets with screen resolutions going up to 2K as a standard. We’ve recently reported on Samsung’s upcoming device that could have a 2K Super AMOLED display as well as the larger Nexus 10 2; but the Nexus 8.9 plans to top those as it could feature display resolutions of more than 2K. We’ll let you know as soon as this is confirmed and when the exact pixel measurement is out.