First it was the upcoming Google Nexus 5, now the MVP-led telco has added another high-end smartphone under its belt. This time around it’s the Sony Xperia Z1.

Sony’s current flagship handset will come free of charge when you sign up for UnliSurf Plan 1500, All-In Plan 1200 with 30-month lock-in period or All-In Plan 2500 with a two-year tie up with the telco. 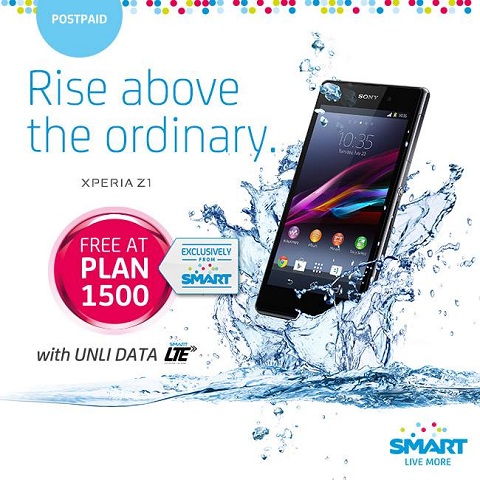 To know more about Smart’s postpaid offer, just click on the source link below. And while you’re at it, you can also check out our full review of the Sony Xperia Z1 to help you decide whether this smartphone fits your needs.