Facebook doesn’t really allow viewing of graphic images that only have a purpose of glorifying or celebrating violence, but they do show them when they are part of news and other documentary purposes. This is no longer the case after the firm restricts viewing of sensitive content without the user’s consent. 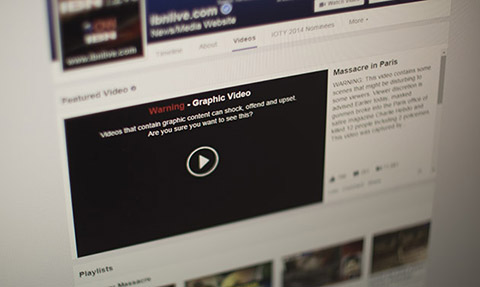 Facebook has been receiving complaints from concerned groups and individuals over the past months regarding them allowing violent content to be viewed by anyone without warning. Some of these include a report last year that showed severed heads on spikes in Syria and the more recent Charlie Hebdo attack where a policeman was brutally shot and killed on video.

Because of these, Facebook now puts a cover over potentially-graphic videos that warns the user of its nature and asks for consent before it plays. This safety measure also disables those videos from auto-playing (a feature they rolled out previously). In addition, people who listed their accounts with an age of below 18 will not be allowed to view these kinds of content on Facebook.

As the source points out this won’t stop a minor from purposefully looking for stuff like these by providing a fake age, but it would hopefully eliminate accidental viewing of such images using this form of precaution.