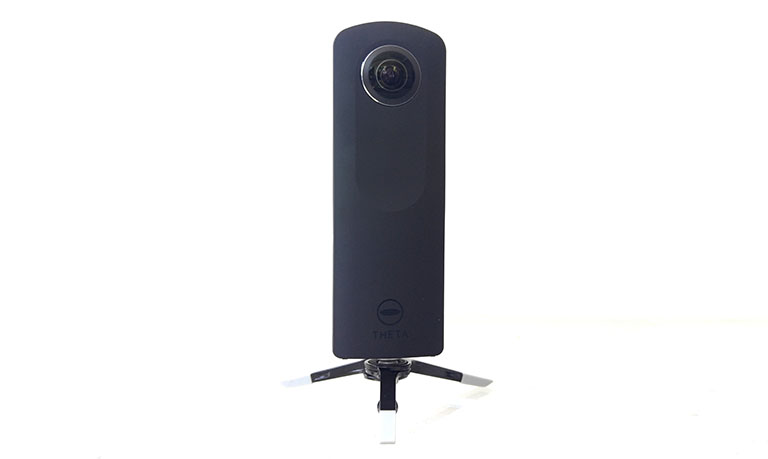 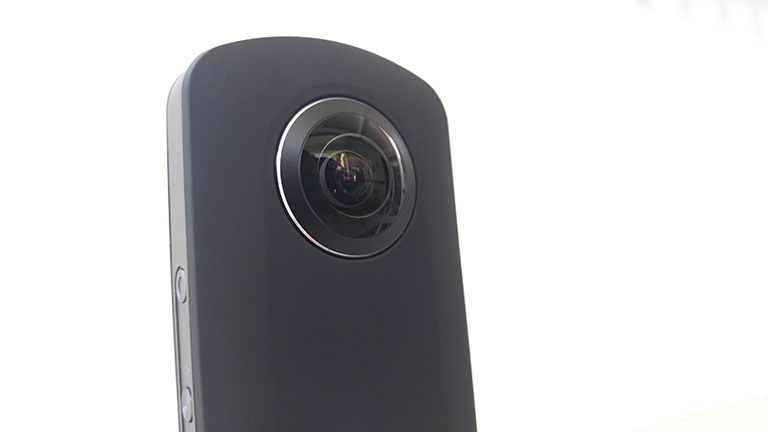 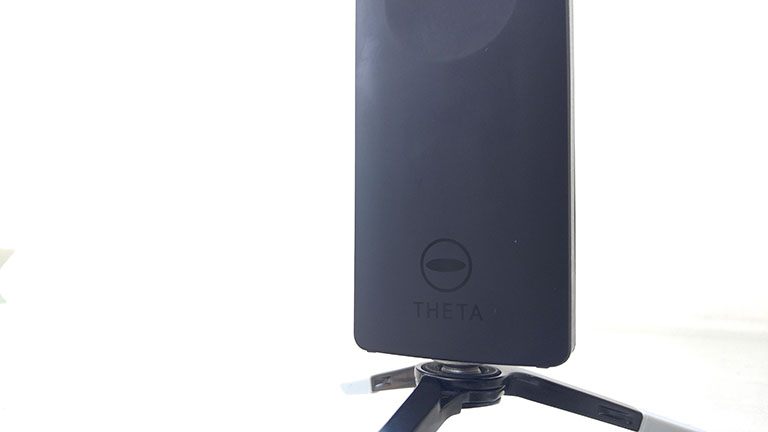 At the bottom part is the company’s branding and logo that more of blend with its background and doesn’t attract too much attention. I personally like this subtle approach rather than having a flashy/tacky design. 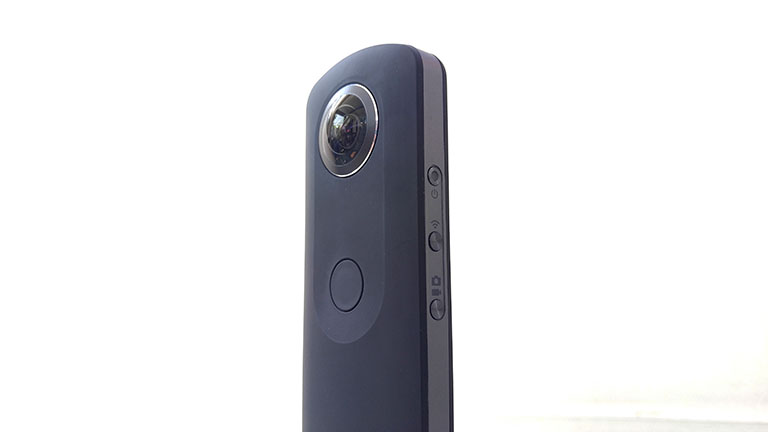 With the Theta S, navigation is simple and buttons are straightforward. The big one at the face is the capture/record button while at the right side there’s the power, Wi-Fi, and mode switcher between photo and video capturing. 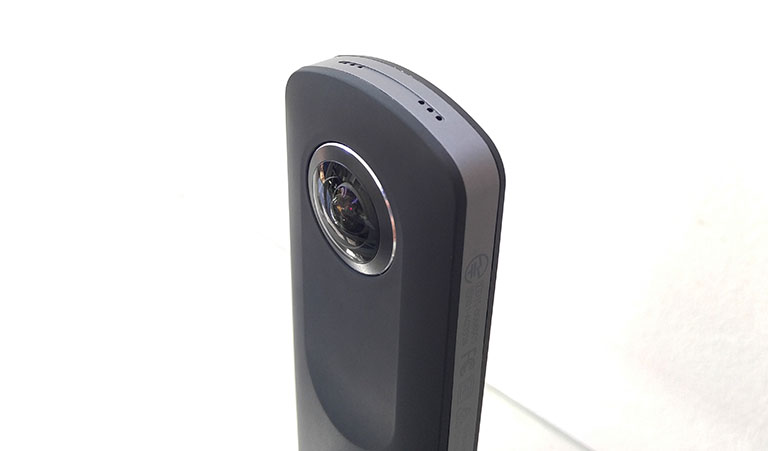 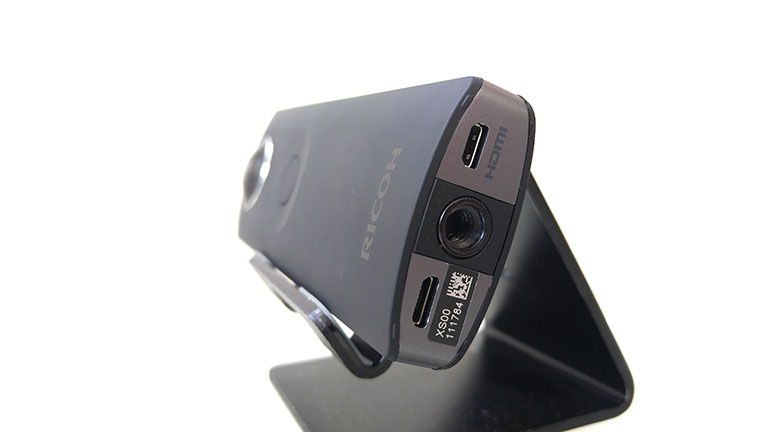 Meanwhile, connectivity ports are at the bottom namely: microUSB for charging and transferring files plus an HDMI terminal that’s used for live streaming content. 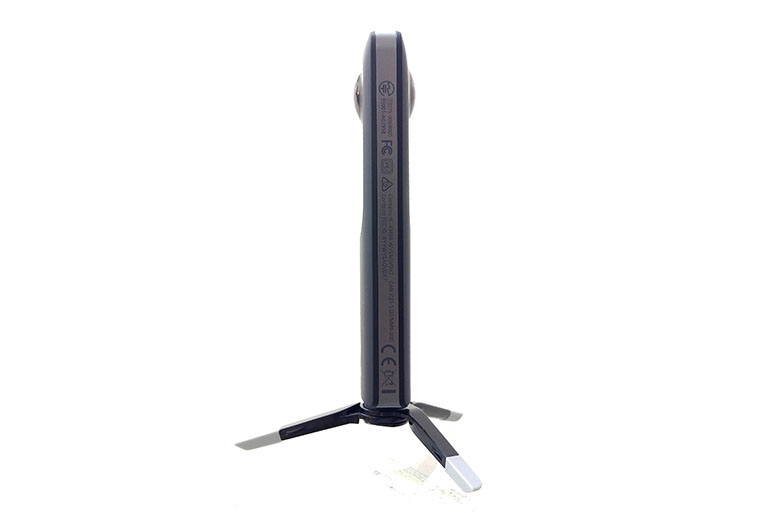 It has a 22.9mm thickness which is just right to firmly wrap your hands around it when in use. At 125 grams, it’s got a bit of heft to it but not at all cumbersome. 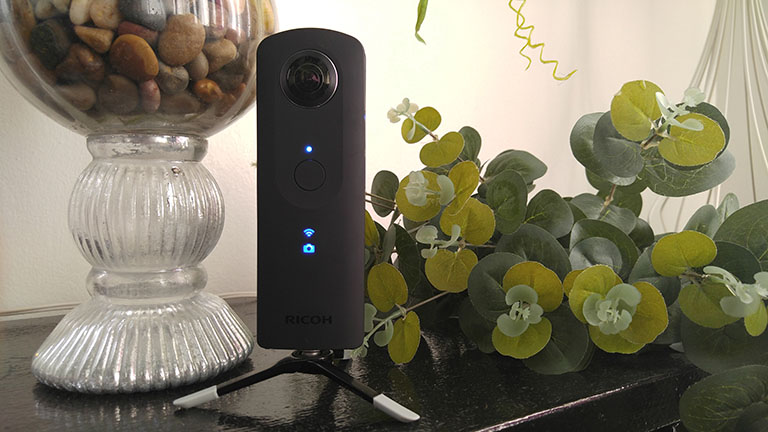 The front panel has LED lights embededd in it that serves as indicators for shooting modes, Wi-Fi connectivity, memory warning, and camera status. 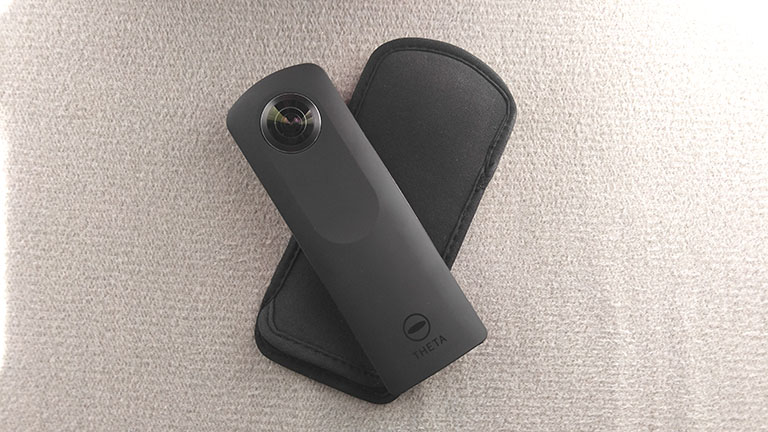 The Theta S also comes with a sleeve so users can just slip it in and toss it inside a bag without the fear of scratching the body and most importantly, the dual lenses.

We’ve already took some shots using it, and we could say we’re already having fun. Stay tuned for our review coming in just a few days. For now, here’s one sample of the many effects you could do with the Ricoh Theta S: