I initially wanted to get the PS4 in Malaysia a couple of weeks ago when we were there, knowing that Sony Philippines stated they had very limited units at launch. However, the basic package costs about Php28k+ in KL so the Php24K+ price tag in the Philippines was still cheaper. 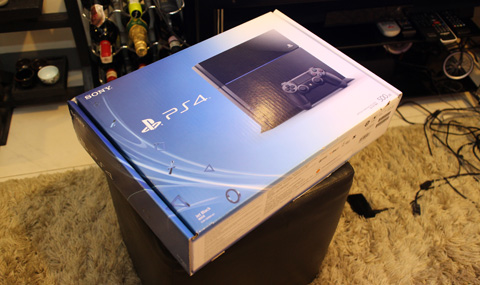 So we waited when we got back from our 3-week foreign trip and found time to get a unit. Apparently, there were a lot of PS4 going around as some are saying it wasn’t selling very well locally. We got one at DataBlitz, bought an additional controller as well as a Tomb Raider game (our GeekyNight’s co-host @victorbasa promised he’ll lend me all the titles given to him by @SonyPHInc).

The extra controller costs about Php2,100 while the game sells for Php2,200 to Php2,500 depending on the title. 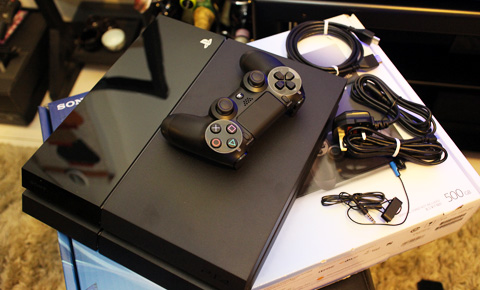 The box contains the PS4 unit, the adaptor, one wireless controller, an earphone, an HDMI cable and a micro-USB cable (to charge the controller). The PS4 comes with a 500GB internal storage. 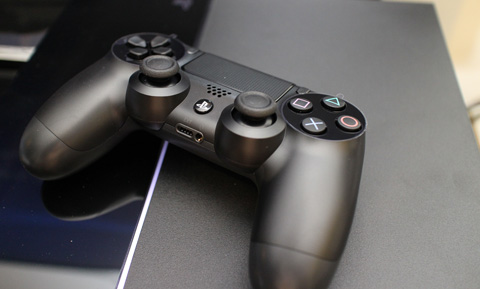 The controller has somewhat shrunk in size and more lightweight compared to its predecessors. It has a much better grip and comes with additional features like a trackpad, built-in speakers and 3.5mm plug. The internal battery Li-Ion battery can be changed by plugging to the main unit using a micro-USB cable.

The remote sensor at the posterior side lights up in various colors during gameplay. 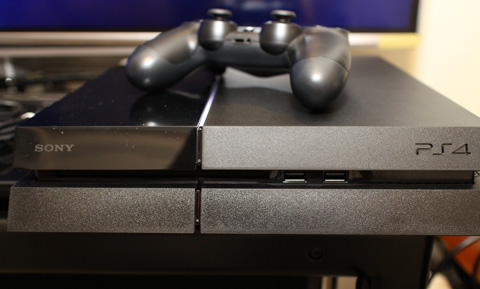 During the first boot-up, you will need to configure the unit and it will also ask you to sign in to your PSN account. Unfortunately, when we tried to register, the Philippines isn’t on the list yet so we were unable to register for an account.

The lot of the functions will reply on a PSN account so make sure you have one first before exploring the system. Using the LAN port or the built-in WiFi, you will also have to connect it to the internet so that the latest update (v1.6) can be applied first before you can start using the console. 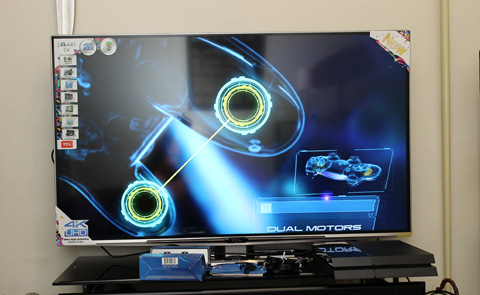 The normal position of the device is horizontal but you can place it on a flat surface standing up. The ventilation is around the sides so a vertical position can slightly impede on the airflow.

The power button at the front is inconspicuously placed at the middle right along the ridges. You won’t see it right away but you will notice the small power icon in there. Boot up takes some time and the unit can be pretty hot very quickly. 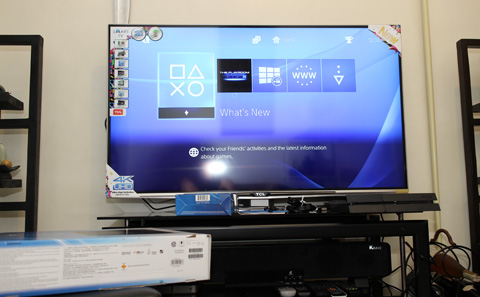 We plugged it in to our 4K Ultra HD TV from TCL (that we are unboxing at the same time) and was greeted with stunning graphics and great picture quality. We also tried plugging it to a typical 1080p HDTV the got similar great results. 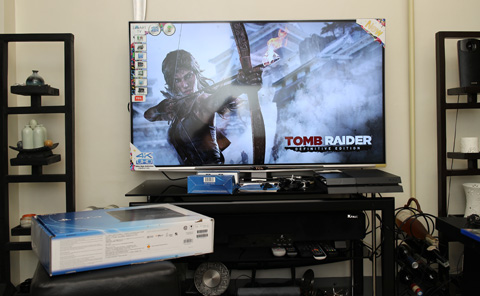 We only played with the unit for a couple of hours and we also did a quick review during our shoot for an episode of @TeamTechSquad where we made some live commentaries while playing with Tomb Raider. So far, everyone who has tried this unit and played for a bit were also impressed. 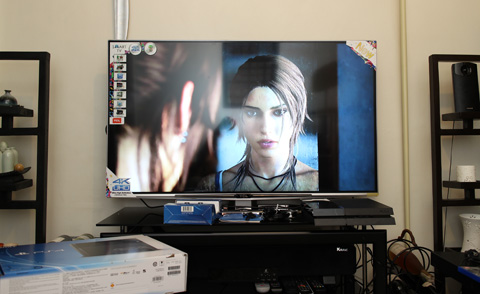 We’ll be playing some other titles as well before we publish our full review in a week or two (we’ll be splitting the titles between the PS4 and our XBox One which we have yet to use due to a burnt out adapter). The PlayStation 4 retails for about Php24,500 for the basic package and is available in Sony stores, DataBlitz and gaming stores in the metro.