Samsung has recently unveiled the newest addition to the S20 Series, the Galaxy S20 FE. Just a month ago, the brand has also introduced the Samsung Galaxy Note20. If you’re buying a new Galaxy phone, are you better off with the former or the latter? Let’s find out more of it through a specs comparison! 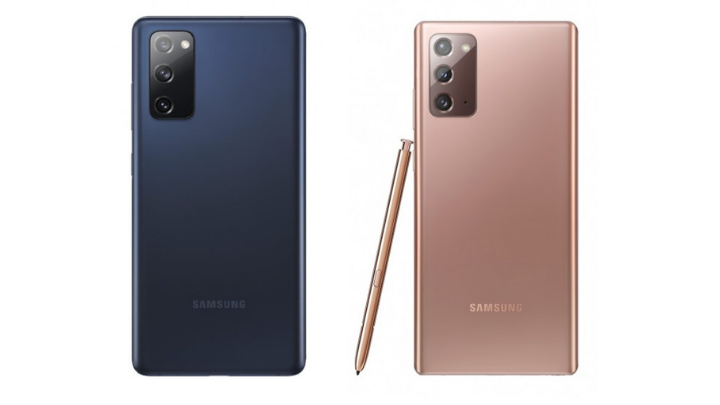 Noticeably, the Galaxy Note 20 5G has a larger 6.7-inch display compared to the S20 FE’s 6.5-inch screen. However, the latter features a 120Hz refresh rate for a smoother viewing experience. The Note20 has a better display resolution at 3040 x 1440 and is protected by a Corning Gorilla Glass compared to S20 FE’s 2400 x 1080. Samsung is yet to confirm if the S20 FE’s display gets the same protection from its predecessors. Both smartphones are equipped with Samsung’s AMOLED Plus display with an Infinity-O cutout that houses its respective front cameras.

The local version of Note 20 is powered with Samsung’s proprietary chipset, the octa-core Exynos 990. As for the S20 FE, its processor is still unnamed for the PH market. Samsung, however, revealed that it is based on an octa-core chipset based on a 7nm architecture with a maximum clock speed at 2.3GHz.

Both the S20 FE and the Note20 have an 8GB LPDDR5 RAM. As for storage, the Note20 packs at 256GB of internal storage for the LTE and 5G variant which is telco exclusive while the S20 FE gets 128GB. However, the latter is expandable up to 1TB via a microSD card while the former does not have expandable memory.

Although these devices sport triple rear cameras, the Note20 comes with a 64MP telephoto lens while the S20 FE only has 8MP. Both have 12MP main and 12MP ultra-wide sensors. For the front camera, the S20 FE wins with a higher 32MP compared to Note20’s 10MP. Both also have Space Zoom, up to three times of Optical Zoom, up to 30 times of Super-Resolution Zoom, and Tracking AF. The smartphones differ in terms of video recording with the Note20 having 8K video recording at 120 FPS. Samsung is yet to determine the resolution for the videos in S20 FE. As for quality, we’ll know once we have the devices for review.

The local versions of the Samsung Note 20 come in LTE and 5G variants, with the latter being telco-exclusive. Meanwhile, the Samsung S20 FE supports 5G and 4G LTE (although we’re yet to confirm the 5G model in PH). Both ship with WiFi 6, Bluetooth 5.0, NFC, and dual-SIM, wireless Samsung DeX, Samsung Quick Share, and IP69 for water and dust-resistance.

In the biometrics department, the Samsung Galaxy S20 FE uses an optical fingerprint sensor while the Note20 has an ultrasonic fingerprint scanner. Both of which are placed on the display. The smartphones also have face recognition. The main advantage of the Galaxy Note20 is the S-Pen compatibility for those who need it.

Both Samsung devices run on Android 10 with OneUI 2.0, so we can expect the same look, user experience, and features.

The S20 FE levels up with an extra 200mAh for its battery. It is powered with a slightly larger 4,500mAh battery than the Note 20 which only has a 4,300mAh battery. Both are supported with Fast Wireless Charging 2.0, and Wireless PowerShare. However, the Note20 comes with a 25W super-fast charger included in the box, while for the S20 FE, it will be sold separately and comes with PD 3.0 charging. We’ll know more about its battery life once we have the unit for review.

The 4G variant of the Note20 is priced at PHP 53,990 in 8GB + 256GB configuration. Should you want to have its 5G version, you’ll need to get it with a bundled postpaid plan exclusively from Smart or Globe. Samsung is yet to launch the S20 FE in the Philippines. It is priced, however, in the US at USD 699 which is about PHP 34,000.

The Samsung Galaxy S20 FE and Galaxy Note 20 share a few significant similarities. They both have the same rear wide-angle and ultra-wide camera sensors, operating system, connectivity, and other special features. The only caveat that we see of the S20 FE is the lack of S-Pen compatibility, 8K video recording, and higher resolution for its telephoto lens. If you value 25W fast-charging out of the box, a better front camera, 120Hz display, and expandable internal storage, then go for the S20 FE. If you’re looking for a decent productivity device that lets you do more with its S-Pen, a higher rear telephoto sensor,  bigger internal storage without the need for a microSD, a slightly bigger battery, and a better display, the Note 20 would be a good choice.